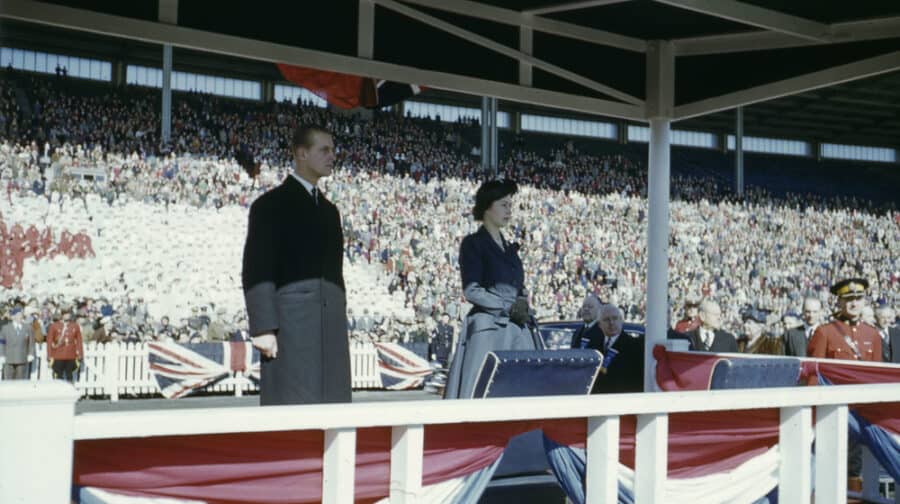 "Princess Elizabeth and Prince Philip on stage in front of large audience BiblioArchives / LibraryArchives is licensed under CC BY 2.0

It has been reported in recent weeks that Boris Johnson is privately lamenting being poorly paid as prime minister.

Best-selling historian Alex von Tunzelmann is unsympathetic about the reports of the PM’s “unendurable penury” and says Bermondsey dockers have the best response to this kind of thing.

In 1969, Prince Philip was on a trip to the States when he lamented cuts to the Royal Household in an interview, she recounts.

“We may have to move into smaller premises,” he had whined, while also pointing out that he had been forced to sell one of his small yachts and give up polo.

In the following uproar, a group of dockers who gathered together in a Bermondsey pub decided to write to the Prince – to sarcastically ask him if he wanted them to take up a collection to buy him a polo pony.