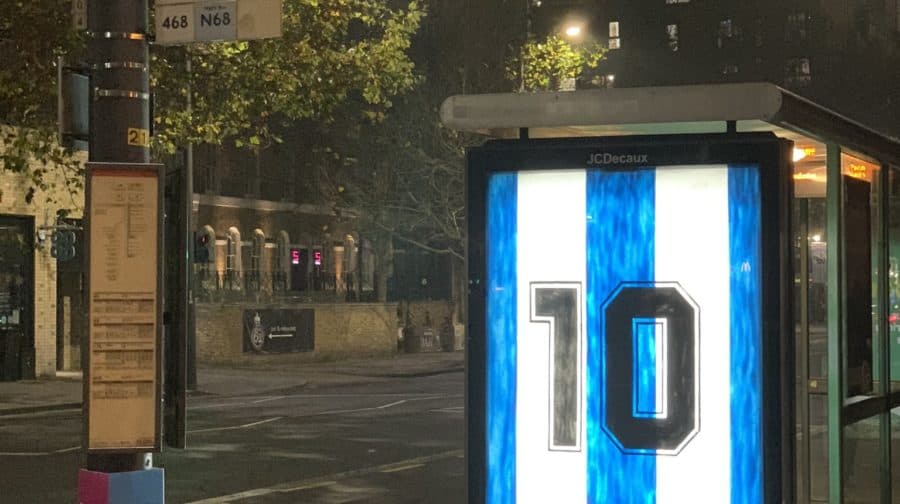 But his memory lives on in Southwark.

A reader contacted us after noticing a tribute to the Argentine footballer, famous for the ‘Hand of God’ against England in the quarter-finals of the 1986 World Cup.

A bus stop in Walworth’s Larcom Street was lit up in memory of Maradona, showing his football top with the signature number ten on it.

The tribute on November 28, has now gone viral on social media, having been liked nearly 60,000 times.