100 years of the Imperial War Museum

The IWM celebrates 100 years of collecting and curating experiences stories of war. 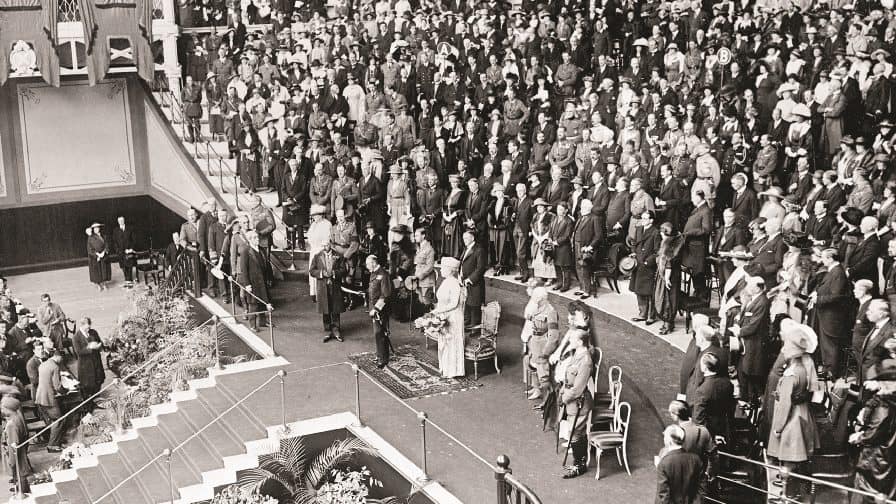 “To us it stands, not for a group of trophies won from a beaten enemy, not for a symbol of the pride of victory, but as an embodiment and a lasting memorial of common effort and common sacrifice,” – King George V.

Sunday March 5 marked one hundred years to the day since Parliament rubber stamped the creation of one our leading authorities on British conflict and its impact – the Imperial War Museum (IWM).

Established while the First World War was still being fought, the IWM was instigated by a letter written by MP Sir Alfred Mond to The Times in early 1917.

In it, he called for a national museum to recognise the struggles of people right across society – from soldiers to factory workers to the grieving wife and mother on the home front – during the Great War.

Parliament responded. On March 5 1917, the War Cabinet officially endorsed the creation of a National War Museum.

Shortly afterwards, it was renamed the Imperial War Museum, as governments of dominion countries called for the contributions of their countries to be recognised in the war effort.

“By 1917, it had become so apparent that this was war on an epic scale,” said IWM First World War Historian, Laura Clouting. “The entire nation was involved in it. The Museum was intended to help people make sense of what had happened.”

The IWM’s purpose was threefold; to act as a memorial, to record publicly the events that had taken place and to provide a place where the history of the war could be studied.

Efforts to gather materials began under the museum’s first Director-General, Sir Martin Conway and the remarkable first collecting began at the coalface – on the Western Front.

Moving French tank into place in the IWM at Crystal Palace. Photo by IWM.

The staff were sent among soldiers, on the battlefield and in the trenches, to look for items of value such as knives, guns, uniforms, diaries and lucky charms.

At home, the museum worked with Government departments and manufacturing companies to source war items, as well as setting up sub-committees dedicated to recording specific aspects of the war, such as the women’s effort.

However, the backbone of the collection IWM’s were the stories of everyday, ordinary people. The museum established a strong and clear interest in recording the impact of war on everyone in society, not just the “sharp end” of it on the battlefield.

A call was issued for members of the public, whatever their role had been, to send in items which would represent what the war had been for then.

“Everyone’s experience of the conflict would have been different. Nobody’s war was the same. There were so many perspectives,” said Laura.

“There was a diversity of experiences and those on the home front and civilians were just as important, too,” said Laura. “We’re all about stories. There were so many stories.”

Over the following three years, the museum amassed over 136,000 items. On June 9 1920, it was opened up in its first home, Crystal Palace, by King George V.

The staff of the Imperial War Museum taken at Crystal Palace. Photo by IWM

“I think people’s reaction would have been incredibly positive. Post-war, people were trying to find ways to remember what had happened. The museum would have been one of their ways of doing it,” said Laura.

In 1924, the museum was moved to South Kensington but the venue was too small and the conditions weren’t satisfactory to take good care of the items.

In 1935, the museum shut its doors at South Kensington and began moving its collections and exhibits to its current home on Lambeth Road on Southwark. The new venue was officially opened on July 7 1936 by the Duke of York.

However, peace time wasn’t to last. In 1939 the Second World War broke out.

The IWM was quick to respond and extended its remit to cover the then-conflict. Once again, the museum began collecting items, while its most vulnerable items were evacuated out of London.

Air raids began increasing in frequency and with Southwark as a prime target, the museum building was closed to the public from 1940-46.

In 1941, it sustained a direct hit from a German bomb.

“The museum was still trying to help visitors understand how it was to live through war and then it happened again. When the bomb hit the museum, it was almost like things came full circle. It was like a tangible connection to the museum’s subject matter.”

Damage to the Naval Gallery at the IWM, Lambeth Road after an air raid on 31 January 1941. Photo by IWM.

In 1953, following the end of the Korean War, the museum further extended its remit. Since then, it has included all major conflicts involving Great Britain and the Commonwealth forces since August 1914.

The museum has since established four other branches across the UK and has over 800,000 items in its collections – from First World War trench knives to multimedia submitted by present day servicemen in Afghanistan.

“Today, we have online resources, books, exhibitions, events – but what we do fundamentally remains the same. Our collections allow people to understand the different perspectives of war,” said Laura.

“Since the beginning, the museum has been a place where people know they can entrust their story. The museum will always be there to share those experiences with future generations.”