125 years of the working man’s gallery 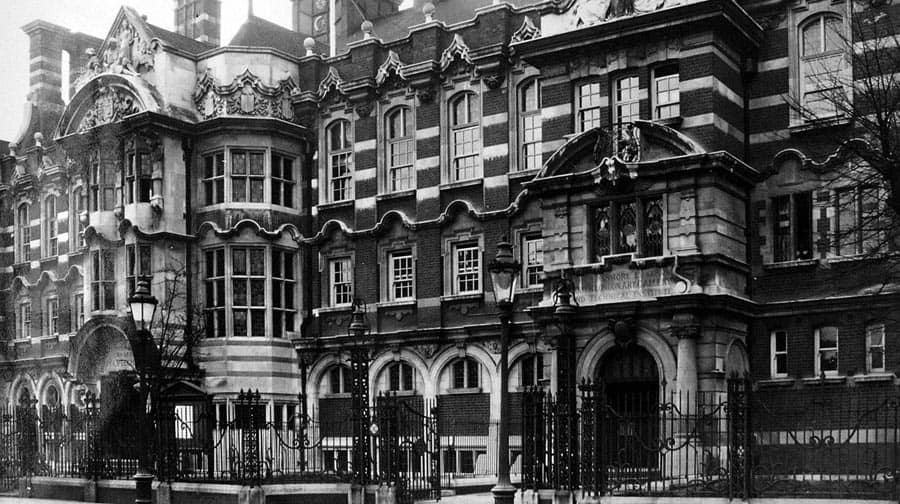 125-years-ago on May 4 1891 Portland House on Peckham Road opened its doors as The South London Fine Art Gallery to the working people of south London. Today it is better known as the South London Gallery, writes Alex Yeates..

Tracing its roots to 91 Blackfriars Road in 1868 as the South London Working Men’s College, with Professor T.H. Huxley, the grandfather of Aldous Huxley, as its principal, the gallery found its muse after manager and founder William Rossiter changed the college into a free library at 143 Kennington Lane.

In 1878 Rossiter organised an exhibition of art works from private collections and the gallery hasn’t looked back since. After two more moves and Rossiter’s purchase of the freehold of Portland House, the gallery settled in Peckham where it has stayed for more than a century.

On its opening day, as The South London Fine Art Gallery, it showed a changing programme of fine and applied arts with a collection beginning to form of donated works from artists and subscribers.

A unique centerpiece for the gallery floor was commissioned by Sir Walter Crane with the inscription: “The source of art is in the life of all people.”

The next year, newspaper magnate John Passmore Edwards donated £3,000 to the gallery to build a lecture hall and library, which was opened by the Prince of Wales. In 1896 the gallery was transferred to the Vestry of Camberwell, the local authority of the time, and Rossiter was forced to retire, dying shortly afterwards.

The first president of the College, Library and Gallery was Prime Minister William Gladstone till 1887, who was succeeded by artist Sir Frederic Leighton, President of the Royal Academy.

During the Second World War the gallery was turned into a food office. By April 1941 the Passmore Edwards Lecture Hall and Library was badly damaged in an air raid and had to be demolished once the war ended. The gallery reopened in 1949 with an annual programme of temporary exhibitions.

“In the late nineteenth century its visitor figures were almost equivalent to today’s, at a time when there wasn’t any other free public cultural offer in the area, so it’s great that in the last five years we’ve managed to achieve a comparable level of popularity, especially when there is so much more on offer.

“What makes the gallery special for me is the way it combines its international reputation for working with some of the best contemporary artists in the world, including those at an early stage in their career, with playing a really important role locally, involving thousands of children, young people and adults in contemporary art and a host of creative social and learning activities.”

The London Borough of Southwark took over responsibility for the gallery in 1965, with independent trustees, where since it has hosted exhibitions from internationally acclaimed artists such as Gilbert and George, Anselm Kiefer and Sherrie Levine.

In 2000 the Gallery was accepted into Stage 1 of the Arts Council’s Stabilisation Programme with a grant of £30,000 to look at the viability of becoming independent from Southwark Council. It was successful and in 2003 separated from the council to be run as an independent charitable trust. Remaining as popular today as it was when it first opened, in 2015 it announced plans to expand into the former Peckham Road Fire Station.

A fundraising campaign was then launched to help with its renovation and transformation into a cultural centre and is on track to open in 2018.