‘I always wanted to be on the stage, and from the age of eight I began writing letters to Hollywood!’ 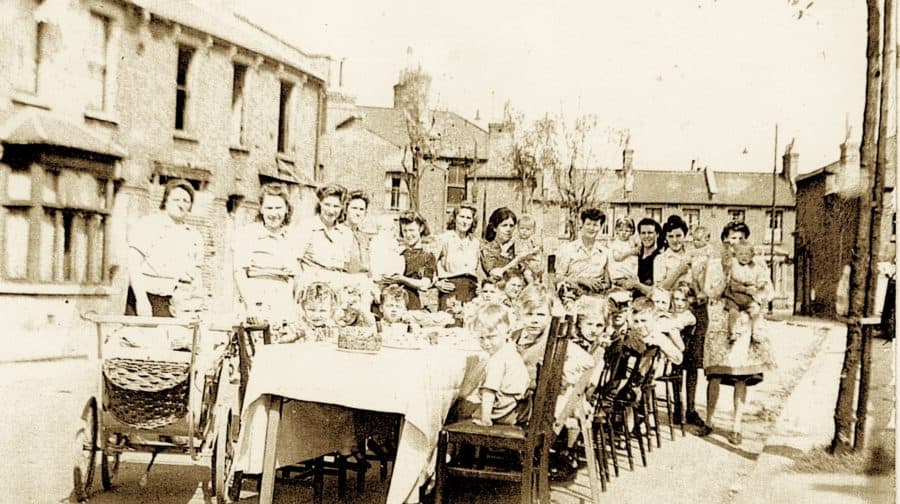 The 1930s must have been the halcyon days for local kids when compared with what came at the end of that decade, writes Michael Holland.

Brenda Watkinson dad’s family came from East Anglia to Layard Road to work in the docks, and her mum lived in Camilla Road. When her parents married they moved to 11, Raymouth Road where Brenda was born in 1937 and lived there until 1944 when a V1 rocket pretty much demolished the whole street. ‘We were made homeless overnight,’ remembers Brenda with anger still perceptible in her voice.

The council put the family up in Credon Road School, which had been commandeered for these situations, where they spent a week sleeping on the floor before being evacuated to Woking. After a terrible time there a move to stay with family in Norfolk came next before returning to a condemned house in Delaford Road when her father, who had stayed in London as a firefighter, had convinced the authorities that he wanted the family back together: ‘We stayed there from 1945 to 1948 before moving to Millstream House in Jamaica Road’.

Brenda’s mum had worked in the local leather and food industries: ‘She went from making pistol holsters for the cavalry to being a butcher,’ jokes Brenda. ‘Dad worked in Carter’s, the gentlemen’s outfitters down The Blue, before the war, and afterwards stayed with the fire service until he was 73.’

The Blitz meant that Brenda only briefly attended Galleywall Road School before she was shipped out to Norfolk and a school in Diss for a while. Her childhood was marred by war: ‘We were endlessly being bombed so there was little time for play,’ she recalls. ‘But I do remember hopscotch and skipping… I had a tricycle that I could ride as far as the Raymouth Tavern and back; it made a lot of noise as it didn’t have any tyres…We also used to play on top of the Anderson Shelter in the garden and on the bomb site in Aspinden Road.’ She laughs before relating how, when all the neighbours were in the railway arch sheltering from the Luftwaffe, she would sing and dance to her captive audience: ‘I always wanted to be on the stage, and from the age of eight I began writing letters to Hollywood!’

After Germany surrendered Brenda took her 11 Plus and went to Aylwin Grammar School where she passed her O Levels, but ill health stopped her going on to university. 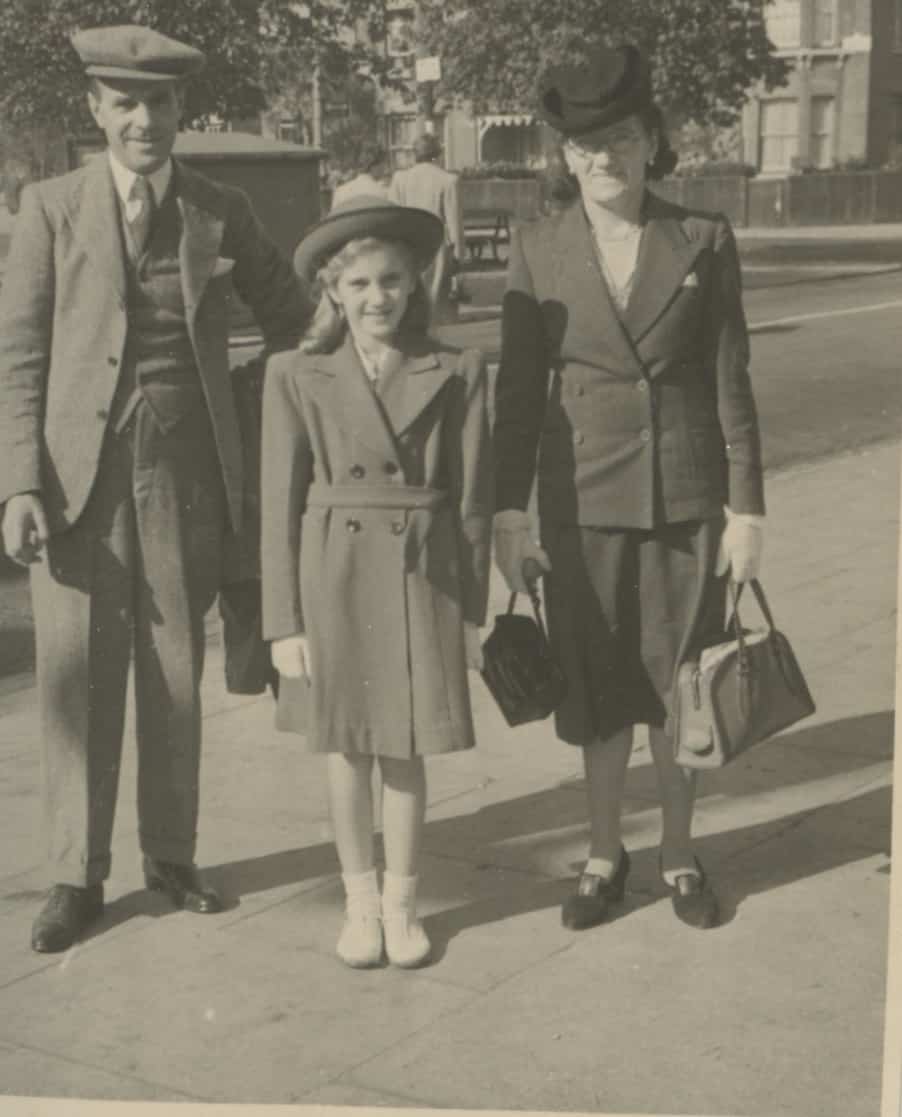 There was little money for family holidays after the war and it wasn’t until the 1950s that holidays became an annual affair for the Watkinsons – ‘We always went to Clacton’.

Work for the school leaver was as a typist at Lloyd’s of London where she worked for three different firms in 11 years. In 1964, while walking down the Strand, she saw an ad for a Television Scriptwriting School. With her interest in theatre triggered she applied and got the job, but it was not what she expected: ‘It was a mail order company run by an alcoholic boss that just sent lessons out by post!’

After four months of hell Brenda was seeking work again, and her next post was as a typist in the Temple, where she worked at several chambers in her time there. ‘I absolutely loved the Temple,’ she says: ‘I loved the work, I loved the place; I was never happier than when I was working there.’

In 1977 Brenda left the Temple to care for her mother, whose health was deteriorating. ‘My plan was to work from home, so I advertised my typing skills across London… I began with medical students who needed work typed up, and the local GP, Dr Gammon, who was writing a book about the NHS. She also took on part-time secretarial work with Jerry Epstein to help with his Chaplin tome, through whom she got a small part in Richard Attenborough’s film, Chaplin; and then work with Steven Berkoff – two men very much connected with theatre and film.

She worked with Berkoff for five years typing up his plays and his autobiography from her home. Though this ended when Berkoff extended his Limehouse warehouse to include office space for Brenda, which she declined as she needed the peace and solitude of her home in Jamaica Road. ‘He was very annoyed and very upset but I had to leave him.’ 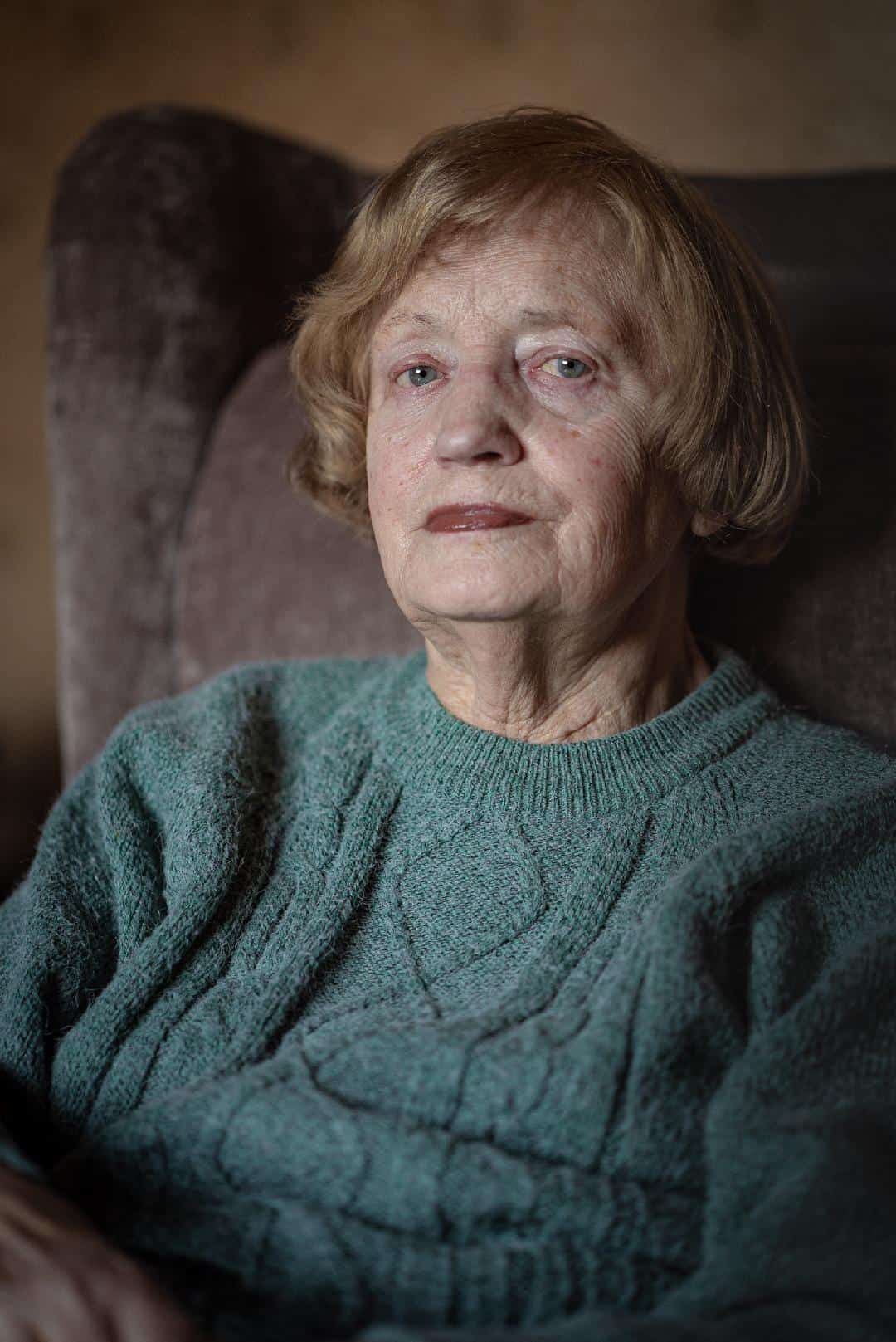 Brenda retired in the mid-90s and fills her time with membership of different clubs and societies: ‘The Cinema Theatre Association, which is about the actual buildings rather than films; the London Bubble Theatre, where I have performed in some of their plays; the Rotherhithe & Bermondsey Local History Society, for who I sometimes give talks on local history, and the Blinking Buzzards, which is the UK Buster Keaton Society… My interests are wide and varied.’

Brenda has always been active and says she would still be active if ‘my blasted driving licence hadn’t been taken away’! Now deemed disabled she feels like ‘a prisoner’ in the home she has lived in for 72 years and relies on friends to take her out, but her mind is as active as it always was, and she will continue to give talks on local history.