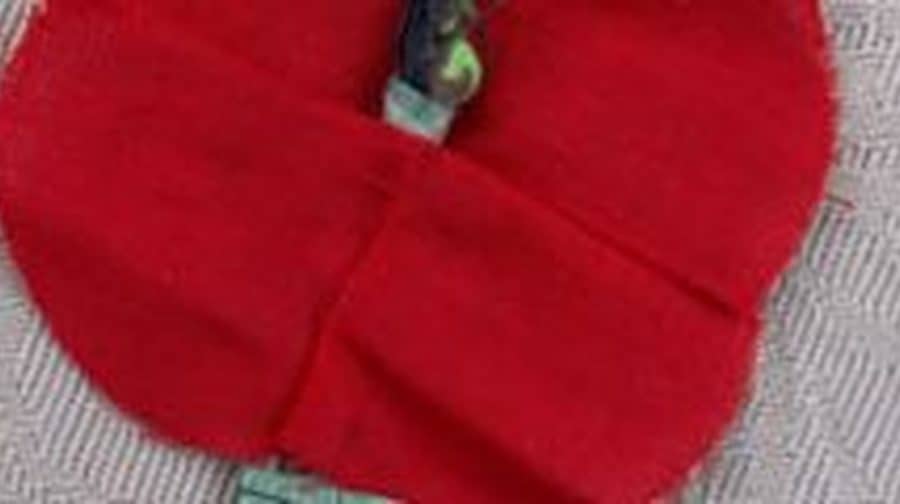 The Poppy Appeal has its roots firmly planted in Bermondsey.

The poppy pinned onto our lapels each year to remember our fallen soldiers from the First World War and the subsequent conflicts thereafter, is now so quintessentially British, but what are its real roots and where does Bermondsey come in?

Unsurprisingly, the idea of using the small blood-red wildflower as the emblem of our fallen came amid the battlefields of Belgium itself in May 1915. Moved by the death of his pal after the Second Battle of Ypres, Lieutenant-Colonel John McCrae, a Canadian Army surgeon, wrote the now famous poem ‘In Flanders Fields’, in which he so aptly put it:“If ye break faith with us who die, we shall not sleep, though poppies grow in Flanders Fields. ”

So moved by the colonel’s words, American teacher Moina Bell Michael in November 1918 began to wear poppies as her tribute and with money collected from her colleagues, she started to sell silk poppies to raise funds for ex-servicemen and women in her country. She even wrote her own poem ‘We Shall Keep The Faith’ in response to McCrae. She also taught a class of injured veterans and saw their desperate need for financial and occupational support and within two years the American Legion agreed to adopt it as their national symbol of remembrance.

It was in that same year, 100 years ago, that a Frenchwoman Madame Anna Guerin, who was involved in the artificial flower trader, paid a visit to New York and learned of the New York City Poppy. Taking the idea back to France she began to make poppies for distribution in the USA in order to raise funds for children made destitute by the war.

Meanwhile back in Blighty the Disabled Society was formed by a George Howson. He was a winner of the Military Cross for his actions at Pilckem Ridge in the Battle of Passchendaele on 31 July 1917. Howson, despite receiving a shrapnel wound, encouraged his unit to continue repairing a road under shellfire. He was promptly promoted from captain to major.  Within months the decorated officer married into money, Jessie the daughter of William Gibson. He was the Australian owner of the Foy & Gibson department stories, and he died a month after they tied the knot. Now in 1920, wealthy and retired from the army, this son of an Anglican clergyman was quick to do good and founded the Disabled Society with a Conservative MP in Liverpool Jack Cohen.

The following year on May 15 1921 The British Legion was formed, combining four ex-service organisations. It was during a visit to the UK that year that Madame Guerin met with Earl Haig and persuaded him to adopt the poppy.

The first official Poppy Day in this country was held on 11 November 1921, and those first poppies were made by women and children in the war devastated areas of France. It was such a success that demand far outstripped the supply, so Haig looked for a British supplier.   George Howson pledged The Disabled Society could do the job, supplying The British Legion with silk poppies for the Haig Fund, and in doing so would give paid work to British veterans wounded in the First World War.

And it is here that Bermondsey took its place in history to bring the Poppy Appeal to the people of Britain and at the same time help ex-service men and woman.  In 1922 with a grant of £2,000 from Earl Haig, Howson established Britain’s first Poppy Factory. It was in a small former shirt collar factory on the corner of St James’s Road and the Old Kent Road.

It was the idea of Major Howson to make the artificial poppies we know so well today. He wanted them designed in such a way that someone who had lost the use of a hand could still assemble them. The Poppy Factory he said could employ five disabled men. However, after a few months this small factory was providing employment and income for fifty disabled veterans. Together, they made over a million poppies to be sold by The British Legion. 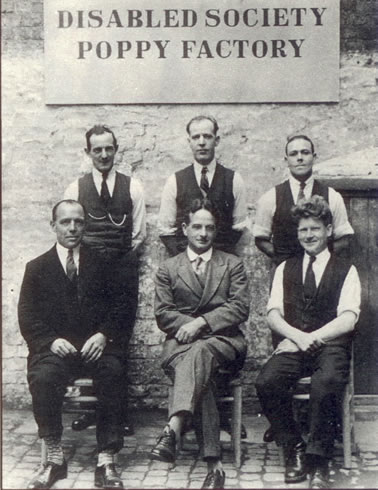 Two years later in November 1924 the Prince of Wales (Edward VIII) visited the factory and ordered a large wreath for the Cenotaph. This started the factory’s long-standing connection with the Royal Family. By this time, the factory made some 27 million poppies and there was a long waiting list for prospective injured ex-Servicemen wanting employment.

The Disabled Society merged with the British Legion the following year in 1925, and the Poppy Factory became a company limited by guarantee with Howson as chairman. And with this success it had to sadly say a final farewell to Bermondsey. In order to expand, it moved in 1926 to the site of the disused Lansdown Brewery in Petersham Road, Richmond, using money donated by Howson. He then instituted the Field of Remembrance at Westminster Abbey in 1928, and the factory started to make remembrance crosses and wreaths.

Howson lived at Hambleden, near Henley-on-Thames, with a town house in Kensington. He died of cancer of the pancreas in November 1936. He was buried at Hambleden, with the funeral service conducted by his father, by then an archdeacon and canon emeritus of Liverpool Cathedral.  He was survived by his wife and their four children.

The present Poppy Factory was built four years before his death in 1932. Today the factory, supported by home workers, produces 11 million poppies a year.

To find out more visit www.poppyfactory.org

Their new visitor experience will open next year and if you would like them to get in touch as soon as bookings become available, please email admin@poppyfactory.org

Southwark NewsHistoryIs Bermondsey the real home of the Poppy Appeal?