The Hollington Youth Centre – the boxing home for kids

Historic club has been going 123 years 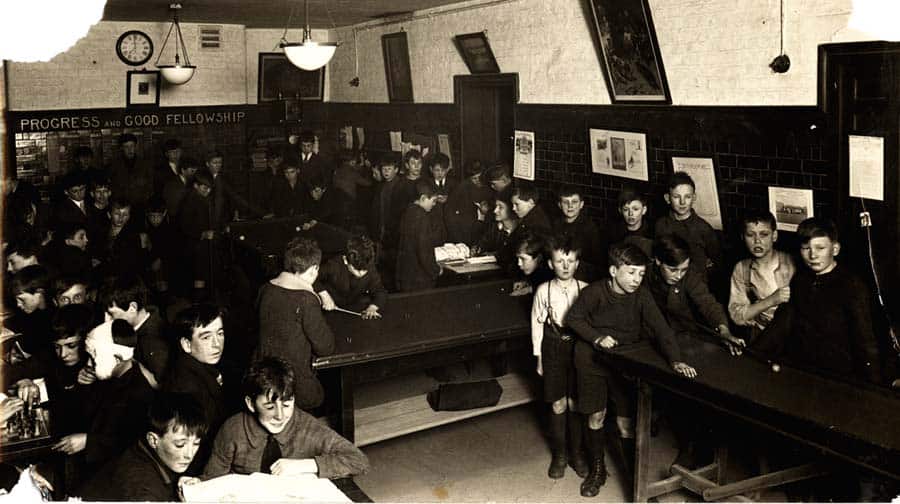 Boys at the Dulwich Mission

GENERATION AFTER generation of young Camberwell lads have passed through the 123-year-old walls of the Hollington Youth Centre, writes Owen Sheppard…

Its boxing club has sown the seeds of Common Wealth and Olympic boxing talents for decades, and been paid visits by the likes of Prince Charles. Without the Hollington, which provides a safe haven for youngsters and a place of vocation for their elders to this day, the stature of British boxing would be slight by comparison.

The Hollington was originally set up in 1893 as a safe haven for fatherless boys, and was taken over by the master of Dulwich College A H Gilkes shortly after.

The centre’s head boxing coach, 50-year-old black cab driver Clive Dixon, paid his first visit when he was 11 in 1979, and has been right-hooked ever since. Two former Hollington regulars Dave Pocknell and Barry Francis, both from Bermondsey, took Britain’s best boxers to the Beijing Olympics in 2008.

Their team broke Britain’s record by bringing home seven medals. “I was trained by Dave and Barry,” Clive says. “Barry would bring out the devil in you. If you really had it in you, he brought it out, and he certainly did that for me.

“Another trainer who used to go here was Terry Francis, who was head of England Boxing. He was an Orpington boy who really brought out the technical side in me.

Barry Francis (to the left)?a former Hollington trainer who became a coach at the Beijing Olympics

Other great boxers formerly of the Hollington Parish include Clive’s former protégé, Danny Costello, who competed in the 1994 Common Wealth Games. Danny, whose picture is framed beside the Hollington’s three-decked trophy cabinet, was junior ABA champion and three times ABA fly-weight champion.

Clive said: “This club has always had special trainers. To be quite honest we should have had more champions.

“But I and all the other volunteers who have been coming here for decades do it because we want to keep kids on the right track. I take them in from as young as eight years old all the way to when they’re in their twenties, to the point where they can turn pro.

“This club has been a lifeline for young people in this area for all these years and we want to keep that going.”

Today the club is managed by Sara-jane Elvin, and has benefited from a major refurbishment that has seen it gain a new boxing ring, showers, changing rooms and gym equipment. Its funding has come from DCM Hollington Trust, Southwark Council, the Rank Foundation, the Alleyn Club and Sport England.