The She He Barman: A history of cross dressing in Southwark

The borough has a long history of cross-dressing characters, from a London Road barman to a pair of entertainers known as the 'He-She Ladies' 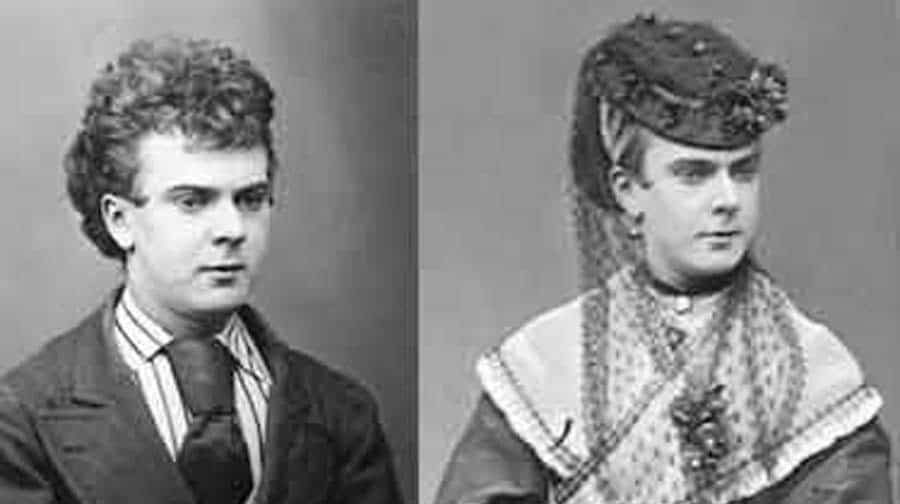 MARY ANN Walker was born in 1842 in Hertfordshire but by the end of the century when records of her disappeared in 1890, she would be better known by the name Thomas Walker, the “She He Barman” of Southwark.

Mary was one of three sisters raised in the Home Counties but her future transformation would see her make a brand new name for herself in the capital.

From a young age she had dressed in male clothes and worked in her father’s pub pulling pints but when her father Henry died in 1860, she threw off all womanly counterparts and became male full-time to make ends meet.

While her sisters had found work as housekeeper and governess, Mary, using the names John Walker or John Turner, began working as a porter at Jesus College, Cambridge, and then later as a booking clerk with the London and North-Western Railway.

Subsequent jobs included working as an engine cleaner for the Great Northern Railway at King’s Cross Station, two years spent as a ship’s steward for the Cunard Line, dock labourer and light porter at a cheesemongers in London.

Throughout this time Walker’s aunt made some attempts to reclaim her niece but had been unsuccessful.

It was not until 1867 that the name Thomas Walker began to be used, when he became a barman in the Royal Mortar Tavern in the London Road, Southwark.

But disaster struck in this new guise as bartender when Thomas was accused of stealing monies after marked coins were found in his possession and he was remanded.

When Walker was taken to prison the gaoler described him as having a full masculine face, rather sunburnt, hair cut short and slightly curled and a masculine speaking voice.

Others in the prison did not suspect anything unusual, assuming they had a young man in their custody and it was only when he was ordered to take a bath that he confessed to being female.

Thomas pleaded guilty to the two charges of embezzlement and was sentenced to three month’s imprisonment with hard labour.

Upon release Walker was sent to the Elizabeth Fry Refuge in Hackney – an institute for the reformation of women prisoners– but was rejected due to his male appearance.

He changed his name to Charles Arnold and obtained work with the Great Western Railway but when he became ill his landlady, whilst tending to him, discovered that he was female and Thomas left the following day.

Misfortune befell Walker once more when whilst busking in March 1868, he was arrested and charged with placing oneself in a public thoroughfare, called Cable Street, Whitechapel with the intention of asking and collecting alms. He was consequently sent to the workhouse in St George-in-the-East.

However three months later fortunes turned in his favour when he began to be advertised as “Mary Walker, the Female Barman” using his birth name for the first time publicly in many years.

Walker sang onstage at the Marylebone Music Hall where “she was dressed in men’s clothes, and gave a sort of auto-biographical recitation to the tune of ‘Champagne Charley’ and made a second appearance in naval uniform”.

In this newfound fame and notoriety Thomas was marketing himself as: “Miss Mary Walker, the world-renowned Female Barman, begs to inform Publicans &c., she is now open to an Engagement. Terms moderate. Highest references given.”

A ballad written in 1871 immortalised Thomas as the “She He Barman of Southwark”.

This fondness for cross-dressing was not limited to the public houses of Southwark. Elsewhere in the borough a Peckham pair were making a name for themselves.

Ernest Boulton and Frederick William Park, under the stage names Stella Clinton (or Mrs Graham) and Fanny Winifred Park, toured in theatres as a popular double act but were blighted by a police campaign in 1870 that threatened to bring the duo to ruin.

In their alter egos the ladies were the belles of the ball and were frequently invited to dine and dance with the fashionable elite.

Stella, known as the pretty one, received fourteen bouquets in one performance and the pair were considered pioneers of the new glamour drag. They were photographed for postcards which were greatly in demand.

The duo socialised in many high places including the Burlington Arcade, known at the time as a destination for high class prostitutes.

But in 1870 the ladies were seen leaving a house in Wakefield Street, near Regent Square, by a police detective, who followed them as they took a cab to the Strand Theatre. They were arrested and physically examined in an attempt to prove that they were sexually active gay men.

They were dragged before Bow Street Magistrates Court, still in their dresses and charged with ‘conspiring and inciting persons to commit an unnatural offence’.

In newspaper coverage the pair became known as the He-She Ladies and despite the controversy, public opinion was supportive of their case and sensitive to the poor treatment they had received throughout.

Despite their popularity and prevalence for many years prior to the trial, Britain had become uneasy in the midst of a Republican movement and they were desperate to put these men in their place.

There was great public interest in the case and both the Attorney General and the Solicitor General appeared for the prosecution. The ‘unnatural offence’ of committing a homosexual act could not be proved and in the absence of this the prosecution was stuck for a crime. Since wearing women’s clothing was not in itself an offence the jury found them not guilty.

Fanny and Stella later moved to Lisbon and then New York.

Southwark NewsHistoryThe She He Barman: A history of cross dressing in Southwark