A lifetime of struggle and toil 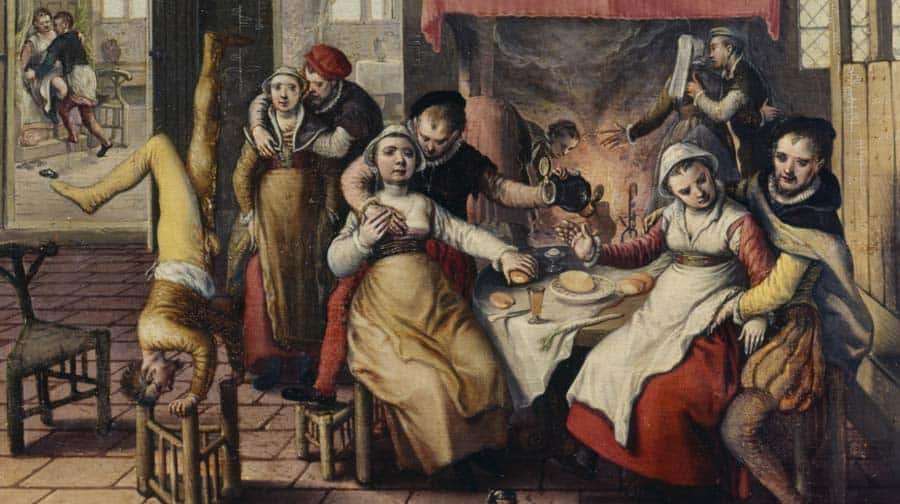 It’s hard to imagine now, in the West at least, a world without a safety net. If you fall on hard times these days there is something there to catch you, but in the sixteenth and seventeenth century Southwark you had to struggle and toil for your survival.

Agnes Cooper grafted from her childhood to her death, moving from place to place to stay in work, relying on the kindness of others, until at fifty-eight years-old, with not a penny in her pocket, she had to go begging to the church.

It was November 1619 and Agnes had no work and had been evicted from her lodging. She appealed to her Southwark parish, who drove her over the boundary to her birthplace near London Bridge where she could apply to get poor relief. As part of that process she was asked to tell the parish the story of her life and that was taken down by a scribe and still exists to this day, providing a fascinating insight into the life of an ordinary woman in seventeenth-century Southwark.

Agnes was born in the parish of St Olave’s, which ran from London Bridge to Bermondsey. Families of mostly textile workers lived room by room crammed into houses along the river. Agnes’s father, William Cooper would have been one of the more skilled tradesman as an embroiderer but he was not with Agnes for long.

Her scribe recorded that her father died when Agnes was twelve: “This William Cooper died as she saith while she was young after whose decease her mother married with one ____ Shell by trade a capper with which father in law she dwelt til she was of the age of x or xii yeares old and was then put to prentice to one William Giblett a capper of the same parish with whom she served by the full space of 9 years.”

After her father’s death, her mother remarried, this time to a man who made caps. But then her mother died and so did her cap-making step-father, William Shell. Death was a common occurrence in those days and for children like Alice, it was not only the loss of her parents, but her future and security.

Thankfully for Agnes, the man who was executing her step-father’s will took pity on her and took her in as an apprentice for the next nine years. Her board and clothes and training would have been repaid by her increasingly skilled labour. Making the knitted, felted caps worn by all apprentices and working men was laborious and complicated work.

History repeated itself when William Giblett died, as Agnes and William’s wife went to live and work with his will’s overseer, Gabriel Wood. Despite the 1571 statute ordering everyone to wear a woollen cap on a Sunday, the 1580s were a time of economic depression, and by 1590 Gabriel Wood’s trade was failing.

Agnes, now in her thirties, had to jump ship again, this time to a fruit and vegetable seller named Goodwife Cleere, based just west of London Bridge – her first move out of Southwark and all she knew there after eighteen years in the same trade knitting and felting caps.

Agnes only returned to Southwark twelve years later when Goodwife Cleere passed away. She found her next home in the mass of small houses now buried under London Bridge station known as the Mazes, housing mainly immigrants and the poor.

Her new Dutch master, Cornelius Rossendale, had six children and made strings for lutes.

Then the scribe records how Agnes “wrought as a charwoman for several yeares in London sometimes in one place & sometimes in another but in no place constantly till some two or three years since about what time she got into the house of one Goodwife Goose an Almswoman of the foundation of the Salters London, situate in Mugwell Street.”

By 1608 Agnes was about 50, and of an age when the laborious small tasks that kept a household going were all that was left to her. Agnes next found lodging with a poor man who sold poultry, in the tenements built on the grounds of the old Christopher Inn on Borough High Street.

She was reduced to begging on the street with the poulterer’s wife, a Mrs Millayne who walked with a staff and had only one eye. Agnes stayed with them for two years before she was encountered by the ‘searcher’ of St Saviour’s parish, a well-to-do shoemaker named Christopher Fawcett, whose job was to get inmates or vagrants out of the parish, often sending them back over London Bridge.

It was Fawcett who took down Alice’s deposition, recording her lifetime of struggle and toil. He must have sympathised with her tale as she was deemed not to be a vagrant and allowed to stay in the parish, and eventually granted a generous relief of twelve pence a week from each of the two parishes, St Saviour’s and her birthplace St Olave’s.

With thanks to Laura Gowing, Professor of Early Modern British History at King’s College London, for sharing her research on Agnes Cooper.