A newspaper for the troops…and the odd parcel! 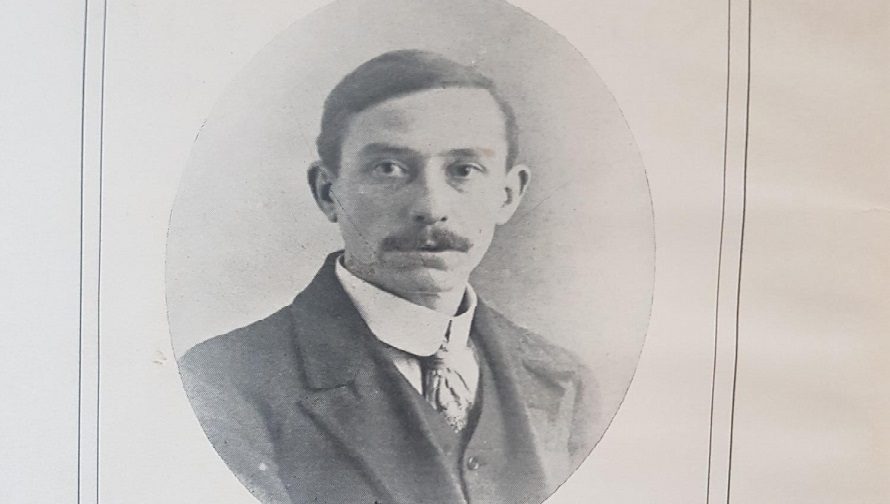 Some of the letters in the Bulletin

The stories of London’s print workers serving in the First World War’s battlefields are still being told today thanks to a Camberwell born printer and his family.

Roger Kenrick was born in Camberwell and worked in south London as a compositor for the Ballantyne Press. Today, his diary of serving in the First World War is held at Kennington’s Imperial War Museum.

Before signing up, he set up a regular ‘bulletin’ to keep Ballantyne employees up to date with their colleagues, and send gifts to the front.

His family, including daughter, Betty Dibb aged 93, and her daughters Alison Cooke and Liz Tillett are incredibly proud of his legacy, and have shared images and stories from his war-time paper.

His granddaughter Alison, told the News: “Roger volunteered to serve in World War One when he was in his 40s. He kept a diary of his exploits and a copy of his diary is in the Imperial War Museum.

“However, before he signed up, he worked as a compositor for the Ballantyne Press in London.

“Many of his younger fellow workers in the press went off to war before him and as a way of contributing to the war effort and keeping in touch with boys who were serving, he began compiling a small newsletter called The Ballantyne Press London Bulletin.

“Each bulletin contained some news from home and as time went on copies of letters back from the boys on the frontline.

“Each copy of the Bulletin sold for a halfpenny and everyone employed in the Press paid one penny into the fund.

“From these funds my grandad put together parcels for the boys on the frontline. As the parcels arrived at their destinations, the recipients would write back to my grandfather saying what a difference their arrival had made to their lives.

“Once word got out about the Bulletin people in London began donating money to the fund to keep the parcels going.

“A dollar even arrived from the States from a family whose son had seen a fellow soldier receive a parcel.”

The parcels cost three shillings to post to France, and contained biscuits, cigarettes, chocolate, Vaseline, boracic ointment, postcards, writing paper, envelopes, butterscotch sweets plus a copy of the Bulletin so they could read about how their friends were faring.

One soldier wrote back in thanks: “How can I thank you all for your kindness in sending me such an excellent Christmas parcel.

“The contents were very acceptable and I shared it with Corporal Bowdery, who had already done the same thing with the one sent to him.

“Corporal Bowdery, whose nerves have broken down, has been transferred to some job behind the firing line so has to recuperate for a while.

“The weather is so bad in some cases we have had to remove our boots and socks and turn up our trousers and wade through water.

“The other night the Germans blew up a mine 200 yards to the left of us and attacked but by gum did we let them have it.

“We had several casualties but not so many as we expected. Please thank the Bulletin fund for their kindness.”