A walk back in time through Camberwell Old Cemetery 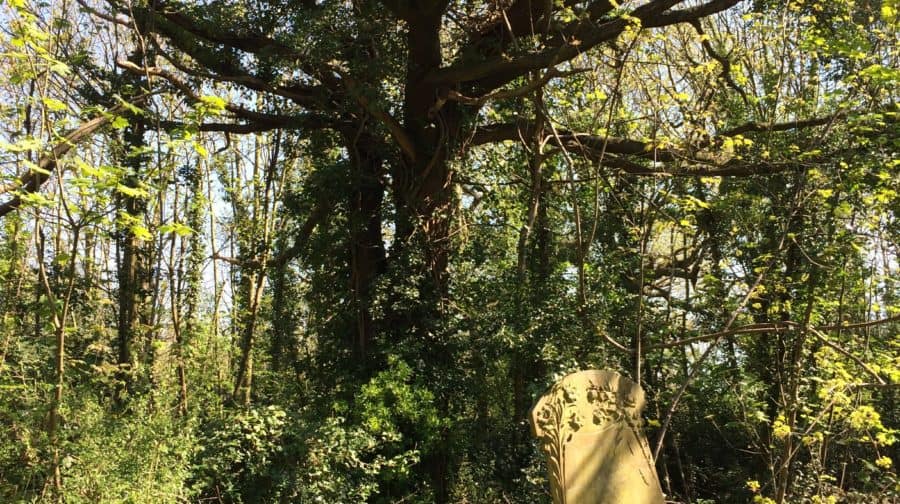 A group of local history and wildlife enthusiasts have created a self-guided walking tour Camberwell Old Cemetery, highlighting the history of its landscape and the stories of those buried in its grounds.

So far, visitors can see thirty different graves and memorials of note, and learn more about the trees, meadows and sites of now-lost buildings. Alongside local politicians and the odd MP, there were also more radical, non- establishment figures, and cultural icons from all over the world – who played a part in some of the biggest conflicts and political upheavals in the last hundred years.

You may not know that Southwark has a historic link to Armenia.

In the cemetery, a memorial commemorates three Armenian exiles, seen as martyrs, who were assassinated in Peckham Rye and Nunhead in 1093: Tigran Krikorian, Arani Krikorian and Sagatiel Sagouni.

All three were members of the pro-independence Hentchakist Party, and killed by member of a rival political faction.

Between the fourth and 19th centuries, Armenia was conquered and ruled by various imperial dynasties from the Persians and Byzantines to the Russian Czars and Ottomans.

Throughout the 1800s and early 1900s, it remained divided under Ottoman and Russian imperial rule, but the nationalist movement was growing.

They exiles met at the Armenian Club in Peckham Rye, which was a front for their political activities fighting for independence.

George Yanni, who was convicted of their murders, is also buried in the cemetery.

It wasn’t until 1991 that Armenia gained true independence – with the fall of the Iron Curtain.

Before then, its people faced much suffering during a genocide when up to 1.5 million were deported from Anatolia to present-day Syria or massacred by the Ottoman authorities between 1915-21, and further invasions by Turkey and the Bolsheviks, before annexation into the USSR.

Another nationalist buried in the cemetery campaigned for independence a little closer to home. Although Southwark’s Irish heritage is well documented, it has a particularly close link to Hurling.

Liam MacCarthy (1853-1928), was a businessman born in Southwark to Irish parents from Cork, a fluent Irish speaker, and Irish nationalist who owned a ‘fancy box’ factory in Peckham called St Brigid’s works.

A keen supporter of Gaelic sports, in particular hurling which he played on Clapham Common, MacCarthy was chairman for the London GAA county board for a decade, where his fellow board members included Michael Collins and Sam Maguire.

MacCarthy created and donated a trophy to the Gaelic Athletic Association for the All-Ireland Senior Hurling Championship, the eponymous Liam MacCarthy Cup.

After he died in East Dulwich, in 1928, the association erected a monument on his grave in recognition of his support, which includes portraits of those who joined 1916’s Easter Rising.

Throughout the 1900s many exiles and refugees found a home in Southwark – including those to flee Russia after the revolution.

Alexander Dourof ended his days better known as the owner of Dourof’s Carpet Warehouse on Rushey Green in Catford.

But he had a very different start in life. Born in 1881 in Russia, Alexander’s Dourof family were part of Russia’s Royal Circus, and performed for the Czar.

A famous family of animal trainers,who escaped to England in 1917 after the Bolsheviks took power in the revolution, Alexander’s skill was as a sword swallower.

Eventually Alexander settled in Peckham where he gave up performing to become a carpet merchant.

He did, however, still put his talents to good use – helping Guy’s Hospital develop a new type of stomach pump.

Alexander died in 1949. Inscribed on his memorial is the description: ‘A Great Showman, and Last of the Sword Swallowers’.

These are just three memorials. For the full walking direction and details of all 30 graves, and an insight into over 100 years of local and international history, visit www.ccwgroup.weebly.com

Southwark NewsHistoryA walk back in time through Camberwell Old Cemetery