Author reveals the Durrell family once lived in Dulwich 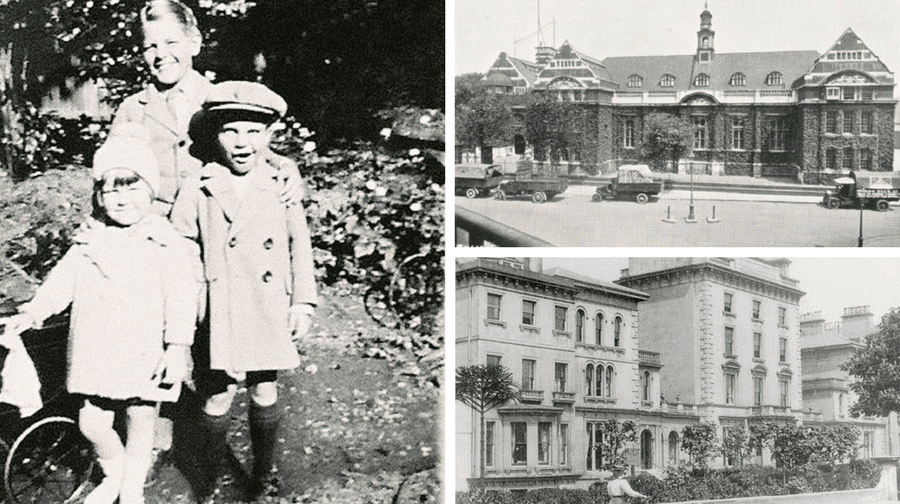 The author of a novel about the famous Durrell family has revealed they once lived in a house in Dulwich.

The Durrells are best known for their time spent living on the Greek island of Corfu for four years in the 1930s.

The family’s experience was documented in Gerald Durrell’s three autobiographical books –My Family and Other Animals; Birds, Beasts, and Relatives; and The Garden of Gods – which have recently been turned into a television drama by ITV.

But author Michael Haag, who knew Gerald’s brother, Lawrence (Larry) Durrell, has revealed the family lived in a house at 43 Alleyn Park in Dulwich for a time before the move to Corfu.

In his book, The Durrells of Corfu, Haag includes details of how Louisa Durrell moved her children – Larry, Leslie, Margo, and Gerald – from India to England after her civil engineer husband Lawrence died in 1928.

Margo, Larry and Leslie in England in 1923

One of her sons, Leslie, had already been living in England for a year, where he attended Dulwich College.

“The oldest children – Margo and Leslie – were away at school all the time so the mother was in this big house, which is still there today, and they had a servant,” said Haag, 73.

“Larry was at St Olave’s School near Tower Bridge when he came to England in 1923 and he boarded in Hillsborough Road, off Dulwich Grove, before he went off to Canterbury.

“The building still stands between the London Mayor’s building and Tower Bridge but has been converted into smart flats.”

Haag explained that at the time when the Durrells lived there, the house in Dulwich was in Surrey rather than London.

“I think it was rather fashionable at that time and it was in Surrey, it wasn’t part of London, and I think it was a little more countrified,” he said. “A lot of the names in south London are identical to names in India because when they British lived in places in the Himalayas etc. they gave places names after places here.

“I think people were coming back over and liked to be close to the Capital and that’s why.”

The family remained living at the house in Dulwich until about 1930 when they moved to the Queens Hotel, in Upper Norwood.

Haag met Larry in the early 1980s when he was publishing a book about Alexandria and had asked the Durrell family member to write an introduction.

“I wrote to him and we struck up a relationship,” said Haag. “I got to know members of his family and travelled to the south of France and met him there and became more and more interested and now I’m writing his biography.”

The Durrells of Corfu can be bought in most bookshops, including Waterstones.

“It was the Waterstones book of the month during May and for six months running it was the best book in the Times Bestseller List and has been in the top ten in the Sunday Times,” Haag added.

Southwark NewsHistoryAuthor reveals the Durrell family once lived in Dulwich