Belly dancing from Bermondsey to Bickley

An elderly lady recalls the high times with girlish delight 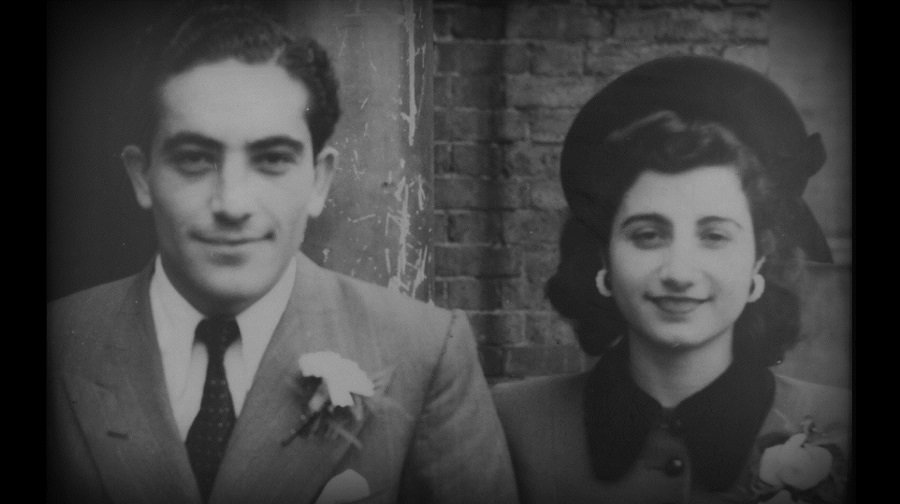 In 1947 Joseph Mourat, the oldest of seven children, left a Cyprus that had been ravaged by war for an England where relatives gave him work in their restaurants and cafés, often working in and around Bermondsey, including a café in Tooley Street.

During his early days in England he met Hatice through her brother, a rather beautiful girl from the old country who was over for a holiday.  They fell in love and she never returned.

In 1948 the young lovers got married and when Hatice inherited £500 they bought the Windmill Café in Bermondsey Street. Hatice, now a lively and on-the-ball 90, recalls those early days. “My husband was a good man who worked very hard; he never stopped,” she said.

Around this time good fortune brought Islington’s Caledonian Market to the wasteland in front of the café and business boomed.  As well as having a lot more customers to feed, Joseph would rent out basement space to traders who would leave their stock with him instead of carting it to and fro each week.  Hatice remembers her husband cooking all the local staples such as: stewing steak, roasts, Shepherd’s Pie, and steamed puddings, while their daughter Leyla has memories of being kept under the counter as a baby because both parents had to work.

I asked Hatice if life was hard in 1950s Bermondsey and she replied that ‘when you’re young you don’t think of these things’.  The family had happy times in Bermondsey: Leyla, who attended Ilderton Road School, went to gymnastics in the Methodist Hall and spent many hours playing in Pussy Park and on the bombsites, while the café went from strength to strength.  After a few good years the Mourats bought the sweet shop next door and turned both the upstairs into one home to accommodate the growing family.

As time went by Joseph created a grand luncheon club on the third floor of the four storey building, that was initially to cater for the wealthy owners of the many businesses in the area, but became a place where MPs, titled ladies and gentlemen and high-ranking military men would meet for private lunches and dinners. Newspaper reports of the time record ‘meat and two veg for 2s. 6d in the downstairs caff, and scampi à la broche upstairs for 12s 6d.’

“Rich people with the Rolls-Royce would come,” Hatice remarked with a sparkle in her eyes.

Hatice outside her cottage in the hotel grounds

Now with storage in the basement, the café, and fine dining upstairs, all three floors were earning money and Joseph felt it was time to move up in the world so ventured out to the West End with L’Hirondelle, a very swish place off Regent Street where he would bring the world’s best belly dancers to perform with the best Turkish musicians at exotic dinner shows.  The clientele here was high society and with his charm, and knowing what his customers wanted, Joseph was able to make this one of the most popular venues in town.

With his desire to always improve and better himself and his family, Joseph was working in the café, the luncheon club and L’Hirondelle, but this did not stop him acquiring the Staple Inn at Holborn which he also made a success of.  Alas, after a few good years The Windmill Café came under a Compulsory Purchase Order and the family business had to sell up and move on.

The L’Hirondelle was making money so Joseph took over an old Victorian Turkish Baths in the City, a small, elaborately designed building, but with extensive space below ground.  Here on January 25th 1967, after much refurbishment, he opened Gallipoli, which is probably the restaurant he is most famous for.  In the Gallipoli he entertained Onassis, Lord Mayors, Ambassadors and The Krays, who sometimes stepped out of their Bethnal Green comfort zone to enjoy belly dancers and good Turkish food. Virginia Wade celebrated in Gallipoli; James Hunt was a regular – Joseph was at the top of his game and everything was good in his world.  In Gallipoli he could utilise all the skills he had learnt in his small Bermondsey place but magnified one thousand times.  Talking to Hatice about these times, I asked if he ever had time for holidays.  Her eyes lit up.  “Yes! Everything first class,” she cried with girlish delight.  “All our furniture was the best, everything we had was the best,” she added with a wave of her hand around the room we sat in – her home for over 50 years.  There was something very special about listening to her.  I could see the years float away as she remembered those wonderful times, and I could see how proud she was of her late husband and what they had achieved together.

The Mourats had by now moved to Bromley, and one evening in 1964 while out dining in the Bickley Manor Country Club Joseph heard it was up for sale so bought it for a mere £32,000.

Hatice tells me that they had to spend a lot of money on this 1830s building to make the rooms en suite but when the work was done they had a country club to be proud of.  It had one of the very first squash courts in the country, a lido, boasted private cottages on the land and became a go-to place in the 70s and 80s – dinner had to be booked weeks in advance.

Joseph, through his extensive customer base, had garnered some powerful and influential friends.  He became a member of the Worshipful Company of Loriners and mixed with royalty through them; he had his daughter’s wedding photo in the Daily Mail and Evening Standard; he had a float in the Lord Mayor’s Show; he was sketched by Jak, the Evening Standard’s political cartoonist; he had the World Belly Dancing Championship in Gallipoli and offered up £10 for every minute over the world record that the famous Soraya danced, finally giving her £5000, all in full view of the media.  He knew the power of advertising and made sure he took up every photo opportunity, so when he noticed an abandoned car dumped outside his new hotel he towed it to Downing Street – with the press in tow – to protest against Bromley Council for not removing it.  He knew that was the best way to get Bickley Manor in the papers, and it worked.

But just as they were reaping the rewards of their country club another piece of bad luck befell Joseph when developers wanted to buy Gallipoli out to build new office buildings.  He did not want to go without a fight after building the successful restaurant up from nothing and knew that his land was important to them, so when they offered him £1m he declined, saying he wanted £4m.  The developers, however, merely changed their plans and built around him.  Now a listed building, it is one of the most quirkiest places in London.

The whole debacle went on for some time, taking its toll on Joseph, his family and his friends; his son-in-law ?inasi says he was never the same again.

Joseph’s two sons ran Bickley Manor with their father until his death in 2001, and it seemed the heart went out of the business when he died, and in recent years has been the target of developers who have been offering silly money for the properties and seven acres.

It was at Bickley Manor where I met Hatice Mourat, her daughter Leyla – who was once kept under the counter of the Windmill Café – and Leyla’s husband ?inasi ?evket.  Between them they brought me up to date on how the family had been running the hotel since it was purchased so many years ago by the man who made his money in Bermondsey Street with his posh luncheon club above a workman’s café.

The sons had felt it time to sell up to the developers but the two daughters had other ideas. Hence, Bermondsey Girl Leyla and ?inasi, have come out of retirement, and with younger sister Sezan they have bought out one of the brothers. Now, with new ideas, new staff and a big makeover taking place they will bring Bickley Manor Hotel & Restaurant back to its former glory, just as their father would have had it.

And Mum, whose inheritance bought that first business in Bermondsey Street nearly seventy years ago, will remain on site in the cottage she has lived in for 50 years.

I was taken for a birthday to the Gallipoli in the late 1960s. It must have been difficult for Joseph to turn down £1m. for the building but this amazing building would have been knocked down by the developers. You can find out more about the Turkish baths which used to be there, with some pictures, at http://tinyurl.com/zqkcrm8

A great story, I wish the family well, they deserve to succeed