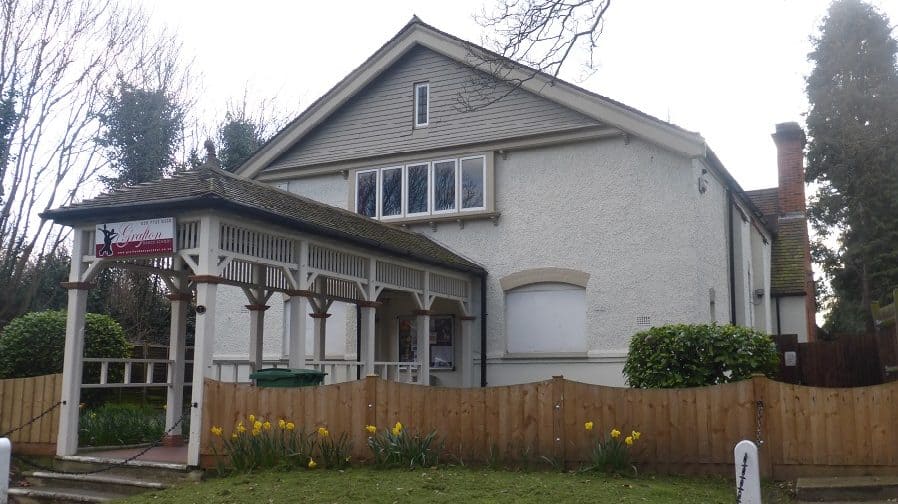 Dulwich Village’s Grafton Dance Hall, the historic home of ballroom dancing in London once owned by ballroom supremoes Bob Burgess and Doreen Freeman, has waltzed to victory in the News’ 2018 blue plaque competition.

The dance studio on Village Way won this year’s public vote by a landslide – and more than a thousand votes ahead of runner-up Max Bygraves.

Upon finding out Grafton had won, Paul Burbedge, who has leased the building since 2010 and spearheaded the winning campaign, said: “I can’t begin to express my delight, this is just fantastic news and has even brought a tear to my eye.

“All that effort by all those people did actually pay off. I am almost overwhelmed with emotion and a huge sense of relief. Bob and Doreen were both icons of ballroom dancing at its heyday; world champions whose style has influenced the way we dance today. Grafton has been graced by dozens of top competitors since they took it on in the early 70s.

“Just about every World, European, United Kingdom and British ballroom dance champion since 1972 have danced on the very boards laying here today,” Paul told the News earlier this year.

“Famous names such as Len Goodman, Shirley Ballas and Anton Du Beke have all been here at one time or another.

“The Grafton was the hub of the ballroom dance world, synonymous with Bob Burgess and Doreen Freeman.

“What better way is there to acknowledge, that Grafton Hall is to Ballroom dancing what Wimbledon is to tennis, Wembley is to football, Twickenham is to rugby, than by placing a blue plaque on the front of the building?”

Those who backed Grafton to win included ex-Strictly coach Len Goodman who said: “There are many dance locations in the UK worthy of a blue plaque but none more so than the iconic Grafton.” Burgess and Freeman competing in the early 60s

Famous for his “I wanna tell you a story” catchphrase, Bygraves started life in a two-room council flat in Rotherhithe, the son of a docker and flyweight boxer.

He became one of the most recognised showbiz figures of his generation as he moved from music halls to radio, graced the stage in London’s West End and New York’s Broadway, and became a TV favourite as host of 80s quiz show host Family Fortunes.

Nicknamed ‘Basher’ for his prowess in the ring, Camberwell boy Sidney was awarded the UK’s highest military honour for exceptional bravery after he died at 23 years of age saving his colleagues, while single-handedly fending off an SS Panzer division in battle in Normandy during the Second World War.

His family, who trade their history in Camberwell to the 1700s, still live in Southwark and are rightly proud of the ‘true Camberwell boy’ whose bravery saved so many lives.

Four-time Oscar nominated Casablanca actor and Bette Davis’ favourite leading man, Claude Rains, was disqualified from the running after it emerged his birthplace was not modern-day Southwark but Lambeth. Nonetheless he still gained 26 votes.

The Hollywood star was the first British actor to bag a one million dollar pay cheque who achieved fame stateside for his eponymous role as the Invisible Man.

His rich, mellifluous voice and cinematic turns in high-class roles belied his humble beginnings as the child of an impoverished actor whom left school with a lisp, stammer and no qualifications, from Clapham – or, as he described it, ‘the wrong side of the River Thames’.

During the night of October 19, 1917, two houses on the corner of Calmington Road and Albany Road were hit by a German zeppelin. Twelve people, including two children, died in the raid, with another eighteen trapped in the basement of a burning building. Three officers raced to the scene and led a rescue mission by cut a hole in the floor. All were commended for their bravery.

Bob Burgess and Doreen Freeman at the Grafton Dance Studio: – 2,107

The Stage – Entertainment industry newspaper and home to the rehearsal space used by the Rolling Stones, Pink Floyd and The Small Faces – 12

Bobby Worth – jazz drummer from Bermondsey – 6