The boy who saw angels in Peckham – William Blake

William, born 259 years ago on November 28 1757, was a Soho dweller who embarked on regular walks out of the City, to the greener pastures of the South 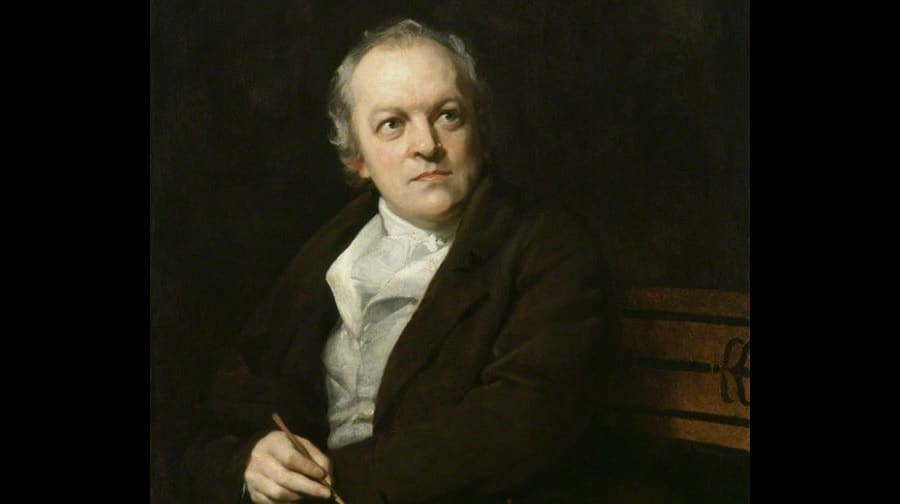 William, born 259 years ago on November 28 1757, was a Soho dweller as boy. As a youngster with delicate sensibilities, the central London location and built-up environment wasn’t agreeable to the young boy’s temperament. As such, as young as seven years old, he used to embark on regular walks out of the City, to the greener pastures of the South.

“He was drawn to the hills,” said Chris McCabe, Liverpudlian Poet and Literary Investigator who has researched and written extensively on William Blake, “His favourite walk was the one down to Peckham Rye and even beyond, as far as Croydon.”

The strangeness of William’s regular six-mile sojourns down to Peckham weren’t limited to their solitary nature, though.

When he was around eight years old, in approximately 1765, William saw something:

“Sauntering along, the boy looks up and sees a tree filled with angels, bright angelic wings bespangling every bough like stars.”

It was William’s first – of many – angelic visions, as recorded by his first biographer, Alexander Gilchrist.

“He wasn’t scared by it at all. In fact it was a very positive thing for him,” said Chris.

His father had different ideas. William returned home to share his experience with his parents to be met by threats of belt lashings from his furious father, who thought he was lying. His mother interceded, saving William from a whipping.

This wasn’t William’s first vision – he’d seen the Prophet Ezekiel under the bed when he was four years old. Following this second vision, his parents realised that they had an incredibly imaginative child on their hands and sent him off to art school.

“He was really struck by what he saw,” said Chris, “He defended what he saw and totally stood by it. He evokes angels and spirits in so much of his poetry and artwork.”

Chris believes that among Blake’s formidable catalogue of poetry, the Peckham Rye visions are most clearly evoked in Songs of Innocence and Experience and poem The Tyger.

The big question for many Blake scholars, fans and historians is – where on the Common is the tree?

“I think it was a hawthorn. They’re white – I think it’s much easier to understand seeing an angel in a tree full of white blossoms.”

“It could be in someone’s back garden. The Common is a lot smaller and defined than it used to be – it used to cover a bigger area.”

“But it’s nice not to pin it down and keep it to imagination.”

Fans of the poet needn’t wait for experts to pinpoint the precise location of the tree to pay their tributes, though – a place for Blake pilgrims already exists in East Dulwich, in the form of William Blake’s Vision of Angels mural, on Goose Green.

“It all started because my Dad moved to the area and became fascinated by Blake’s art work and poetry. The more he read, the more he became fascinated. He was really interested in Blake’s vision of angels,” said Georgia Peskett, daughter of mural designer Stan Peskett.

A community project was launched, where people gave their skills, money and time, culminating in the completion of the mural in 1993.

“A collaboration of Blake’s poetry is re-imagined in the mural,” said Georgia, also an artist and mural contributor, “A young Blake is in the central part, looking across the Rye as if he is witnessing the vision of angels. There are lots of colours and an explosion of light – these are the angelic faces. Around it is the river of life and the tiger is at the right hand side, guarding the mural.”

Sadly, the mural became vandalised in 1996 and a block of it was actually removed – which included the tiger. “It needed the tiger to protect the river of life,” said Georgia.

Georgia, Stan and community supporters set about raising funds to repair and renovate the mural. In 2009, Stan flew back to London from California, where he now lives, and undertook the renovations.

“Blake was a man who went with his instinct,” said Chris. He reportedly wrote in letters that venturing north of the river made him “feel sick” and he continued to make the walk through Camberwell and Peckham into Surrey all his life, well into the 1820s.

So why does Blake hold such an enduring appeal over two centuries on?

“Because he’s a very mysterious and complicated figure,” said Chris. “You just never get to the bottom of him.”

As a pupil of Hollydale Road school in the mid 1960s . I remember a teacher showing us a tree on Peckham Rye that she understood was were Blake, apparently saw angels .
It was the large isolated (Plane tree?) if you are looking directly out of ‘Soloman’s Passge’,about 100 yards off from Peckham Road