Bringing Ada Salter off the side-lines 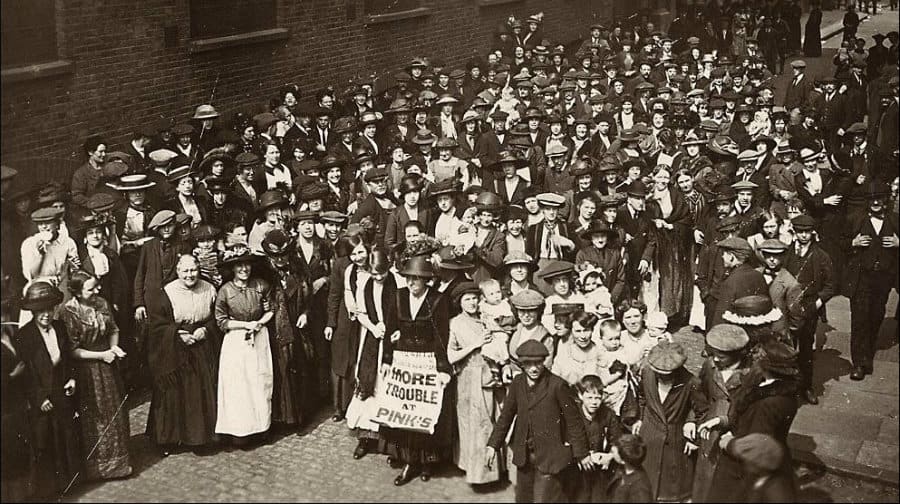 On the 150th year of her birth, a new book is attempting to bring Ada Salter “in off the side-lines” of the history pages and give her the attention and respect she deserves.

Historian Graham Taylor’s new book, ‘Ada Salter: Pioneer of Ethical Socialism’, portrays the revolutionary politician, environmentalist and social reformer as she should be: not as the wife of famed doctor and MP Alfred Salter, but as an exceptional figure in her own right.

He told the News: “I wrote the book because she had been neglected – lots of famous women are neglected by history. When researching this book I found that in fact, she was as significant if not more significant than Alfred.”

Her life was certainly varied as she powered through numerous movements during the late 19th and early 20th century.

Born in Northamptonshire, it was not until she moved to Bermondsey at the age of 31 that she really made a name for herself. She worked at the Bermondsey Settlement, where Taylor said she was “very successful with the roughest and the toughest of the girls.”

He said: “Bermondsey was one big slum, with whole families living in entire rooms and one tap for 20 houses. Nine baby bodies were found in one block. But she treated the girls as equals, which worked very well for her. She used her Quaker belief and said: ‘There is something of God in everybody.’”

Ada in her later years

She moved into politics and was quickly successful, becoming the first women councillor to be elected in Bermondsey in 1909.

However, tragedy struck the following year when her eight-year-old daughter Joyce died of scarlet fever.

Taylor said: “Joyce died during a scarlet fever epidemic in the slums. Ada always insisted on living in the slums, against Alfred’s wishes, but she couldn’t be persuaded otherwise.”

This tragedy appeared to spur her on, for within a year she had led one of the most famous women’s rights protests in the 20th century.

Ada, having then co-founded the Women’s Labour League, helped rally 14,000 women as they went on strike in the borough. The women marched through Bermondsey chanting slogans, leaving 21 factories near empty – eighteen of which would subsequently introduce pay rises.

Planting a tree as part of her beautification campaign

Taylor said: “Bermondsey was totally paralysed. It was quite usual for someone to lose their fingers in a machine or have their face shredded by exploding glass.”

After the mock military action of the protests, Ada, a devout Quaker, threw herself into pacifist campaigning during a very real war. When WW1 broke out, she founded the Women’s International League for Peace and Freedom and in 1915 went toe-to-toe with Lenin at a Women’s Conference.

Taylor said: “Lenin’s wife and mistress were both there and had been programmed to support conflict. Ada was pacifist and stuck to her guns.” After the war, Ada achieved another first when she was elected Mayor of Bermondsey in 1920, becoming the first woman mayor in the capital.

It was at this time that she began her ‘beautification’ campaign, the results of which can still be seen in the borough today. Taylor said: “She planted 7,000 trees and covered the whole of Bermondsey and Rotherhithe in flowers. “Every open space she filled with playgrounds, with art and with music.

Bermondsey was transformed from one of the drabbest, dreariest parts in London to a place where people came to visit.” Some of these places still remain today, including playgrounds in Tanner Street Park and Druid Street. What has proved less permanent, however, is the respect Ada Salter so clearly deserved. Graham Taylor’s book goes some way in repairing this injustice.

Ada Salter: Pioneer of Ethical Socialism by Graham Taylor was published in December and is available from Amazon and publishers Lawrence & Wishart.