On the centernary of the Somme, remember Bermondsey and Rotherhithe’s brave war dead

The 1921 World War I memorial in Bermondsey has been a focus point for local families to remember their dead and the same is true today, writes Owen Sheppard... 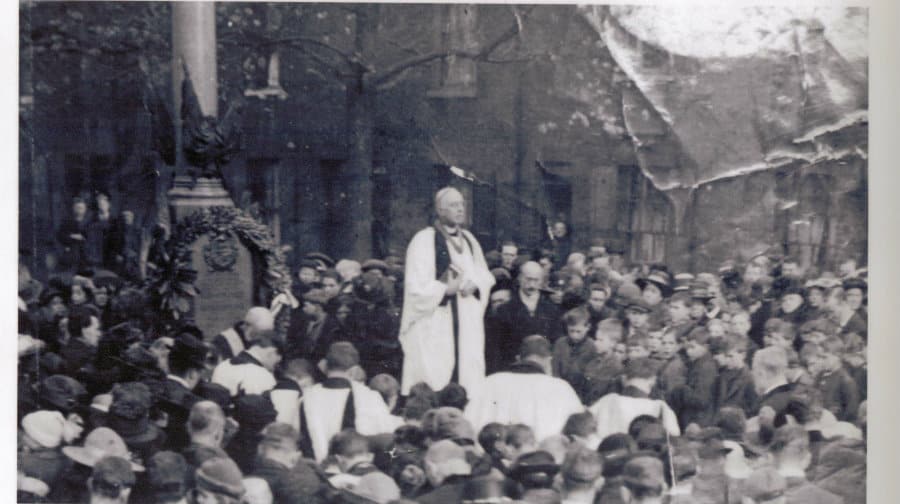 Tomorrow morning tributes will be paid for the centenary of the battle of the Somme – one of World War One’s bloodiest and well-remembered campaigns.

Armies from Europe and across the Commonwealth made their contributions, and at the allied forces’ core were 481,000 Brits who met their end during the nearly five-month sacrifice.

Some 30,000 men and women from Bermondsey and Rotherhithe contributed to our country’s naval, military and air forces.

For the old families of Bermondsey and Rotherhithe, the local British Legion members will follow suit with a service at the memorial in West Lane.

Local-history lover Gary Magold, 52, whose grandfather and great uncle signed themselves up at Bermondsey Town Hall in 1914, has researched the memorial’s story.

Gary says the 24-foot high tribute was erected in 2021, and was afforded by the help of local businessmen like Arthur Carr of Peek Frean & Co, “one of the area’s biggest movers and shakers,” who raised £100,000.

A post card invitation shows its unveiling took place on October 8 1921  at 3pm. Press cuttings from the day suggest thousands turned out.

It was reported that a procession also took place along Jamaica Road, led by The Queen’s 22nd London Regiment with the Old Comrade’s Association. Services were also held at the Dockhead Catholic Church and the Old Bermondsey Parish Church, with both places of worship “crowded almost to excess”.

At the pinnacle of the memorial is a bronze ball in flame. According to Gary, the ball represents the Earth, and the flames are the “spirits of those who are coming into the atmosphere”.

The honour of peeling away the Union Jack and allowing the great artefact its first rays of light by the bankside was local mother, Mrs Hetty Speer.

Gary, who lives in Ember Street, told the News Mrs Speer, who lost three sons, was poignantly given the honour – usually reserved for decorated officers – as a show of respect for Bermondsey’s grieving women.

“I have even seen a photo of her and her sons in the garden at their home in [what was called] Primrose Street. It was an incredible photo,” Gary said.

The big unveiling was also attended by the former Mayor of Bermondsey, Henry Fuller Morris, who Gary says wrote a very rare book ‘Bermondsey’s But in the Greatest War’ which he found for £40 in a Greenwich market.

The memorial went unscathed, despite the initial concerns from Mr Carr of potential vandalism, until the Blitz 20 years later.

A blast from a German bomb blew off its bronze globe, but was reinstated with the help of the council, and a new ceremony held with an unveiling by the brother of local Iraq War casualty, Lee O’Callaghan, who died in 2004.

The restoration was campaigned for by the British Legion, and now “can’t be touched,” as it is Grade II listed.

The remembrance service at the memorial in West Lane, SE16 will begin at 7.30pm this Friday July 1, 2016, led by the Bermondsey and Rotherhithe Royal British Legion branch, with The Mayor of Southwark, Councillor Kath Whittam, in attendance.