'He was an avid American, a faithful husband, and he drank with the best of them. And, like most actors, he died waiting for his agent to call' 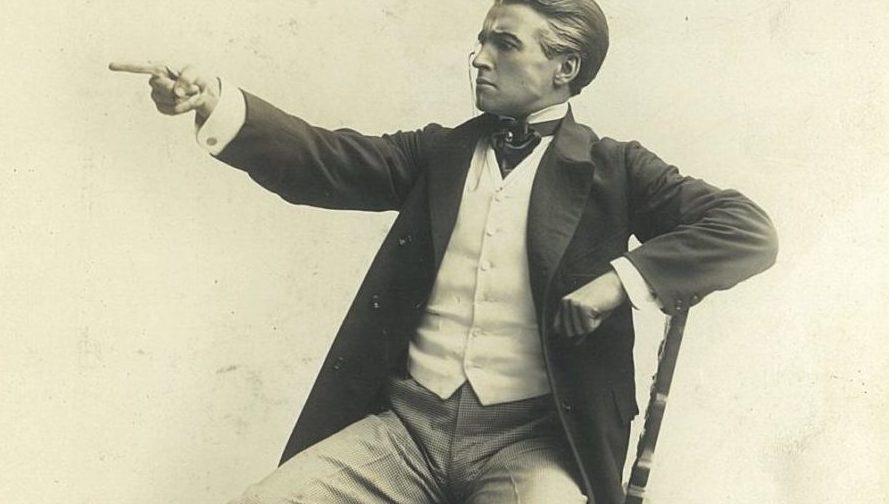 He was the child of an impoverished actor who left school with a lisp, stammer and no qualifications but went on become a Hollywood star and the first British actor to bag a one million dollar pay cheque. Although he was disqualified as a contender for this year’s blue plaque competition by virtue of actually being born in Lambeth, Rains is certainly one of the titans of south London’s cinematic history.

William Claude Rains, known as Willie to his family, was born November 10, 1889 to Frederick and Emily Eliza Cox at 26 Tregothnan Road in Clapham, or, as he described it, ‘the wrong side of the River Thames’.

In their poverty the Rains family suffered much hardship. Emily gave birth to twelve children, but only three survived into adulthood. She was profoundly affected by these tragedies and would spend years in later life in and out of hospitals and care homes with failing mental health.

The frequently out-of-work Frederick flitted from job to job, including boxing instructor to boiler maker, but eventually became an actor and director.

Rains would remember his father as a disciplinarian who would beat him for the most minor misdemeanours.

At boarding school in Parsons Green there was no respite either. He was taunted by other children for his short stature, lisp and stammer; cruelly nicknamed ‘Willie Wains’.

Rains’ first brush with acting – and opportunity to escape – came in 1900, when he, and other singers from a local church choir, were offered the chance to appear at the Theatre Royal playing street urchins in a production of Sweet Nell of Old Drury.

Soon, Rains had quit school for good to become a call-boy – giving actors their cues – at the Duke of York’s Theatre on St Martin’s Lane. But it was at his next job at His majesty’s Theatres where Rains really came into his own.

Mentored by renowned actor and stage manager Sir Herbert Beerbohm Tree, who saw a spark of talent, Rains was coached to lose his strong accent and overcome his speech difficulties.

Slowly, Rains began to appear on stage and get bigger and better parts, eventually becoming assistant stage manager and travelling with the company all over the world.

After returning to the UK from America in 1915, the First World War curtailed but didn’t cut short his career.

In 1916 he was deployed to Vimy Ridge as a lieutenant with the London Scottish regiment where he survived a mustard gas attack that left him partially blind in the right eye. Damage from the gas also added a trademark huskiness to the rich timbre of his voice.

After the end of the war Rains picked up where he left off, and was cast in his first film, Build Thy House, released in 1920.

From there, he went on to appear in a range of critically acclaimed film and stage productions and earn a reputation as a leading drama teacher at the Royal Academy of Dramatic Art, where he helped train John Gielgud and Charles Laughton.

But the peak of Rains’ career came in middle age as a character actor with the ability to play suave, charming upper-class characters, or calculating villains throughout Hollywood’s golden age.

His defining role came in HG Wells’ The Invisible Man, in 1933, with Rains chosen for his mellifluous voice. Despite playing the titular role he only appeared in sight in its final frame, but carried the film with aplomb.

Three years later he signed a contract with Warner Brothers and The Prince and the Pauper (1937) and The Adventures of Robin Hood (1938) and Juarez, (1939) followed. That year he gained his first of four Oscar nominations for his portrayal of a corrupt senator in Mr Smith Goes to Washington.

Juarez was the beginning of a long-running on-screen partnerships with the sharp-tonged Bette Davis, with whom he went on to star in Now Voyager (1942) as her psychiatrist, 1944’s Mr Skeffington as her husband and patient, and in 1946’s Deception.

Davis was famously critical of many of her co-stars, but reserved nothing but the highest praise for Rains. His daughter would say of Davis: “She was crazy about him and he was crazy about her, although according to both of them, she wanted more than he was willing to give.

“But the relationship went on for a very long time. And whenever she had trouble with a husband she would come and stay on the farm, sometimes for weeks.”

Another nominations came for his role in Casablanca, as Captain Renault, in 1942, and 1946’s Hitchcock classic Notorious, as a Nazi who falls in love with co-star Ingrid Bergman.

Before his contracted ended in 1947, Rains appeared in David Lean’s The Passionate Friends (1948) and Gabriel Pascal’s 1945 Caesar and Cleopatra. As Caesar, his $1million pay check was the highest ever for a British actor.

By the 1950s Rains’ star had faded, but he continued to act, including a turn in David Lean’s 1962 epic Lawrence of Arabia as a British diplomat.

When not working, Rains lived on a Pennsylvania farm, shunning Hollywood society. Throughout the decades, he remained a private man, whose true loves remained acting, his farm, friends, and most importantly of all his daughter, born in 1938, who followed him into the profession.

His love life was colourful, racking up six wives in total – five of whom he divorced – and allegations of cruelty, alcoholism and cheating on both sides.

Rains died on 30 May 1967 at 77, from an abdominal haemorrhage, after years of deteriorating health and heavy drinking.

Writing in 1998, his daughter Jessica said of his extraordinary life: “He remade himself, and, I assure you, the makeover was genuine.

“His past was relegated to the past although he never forgot it. He was frugal to a fault and always managed the books for the farm I grew up on.”

She went on to say: “Claude was a great storyteller. I hear these stories, and many more – often.

“He’d settle in a large armchair with a drink, and, once he’d get started, the tales just kept coming.

“He was an avid American, a faithful husband, and he drank with the best of them.

“And, like most actors, he died waiting for his agent to call.”