Courage Beer marks 230 years by returning to its SE1 roots 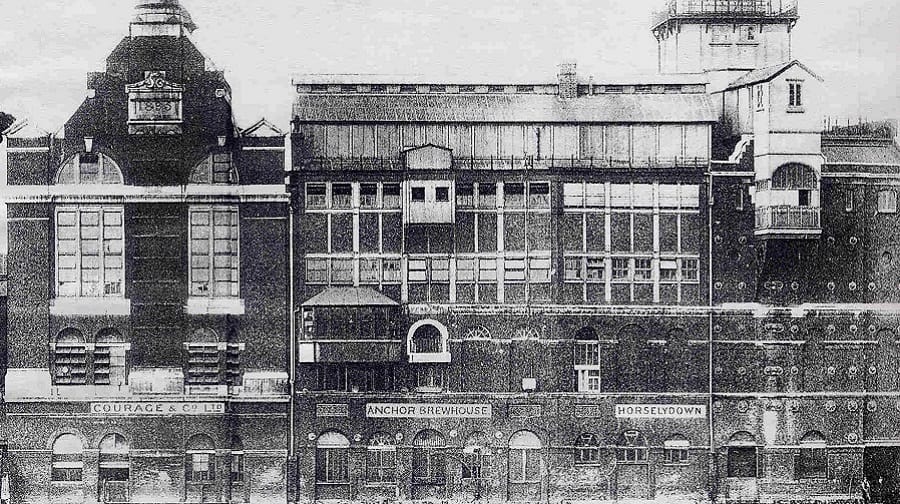 After 230 years of brewing beer, Courage has returned to its Southwark roots.

There were two Courage breweries in SE1 in the eighteenth century – the Anchor Brewhouse in Shad Thames and the Barclay Perkins Brewery (known as the Anchor Brewery) where Shakespeare’s Globe is now.

In 1787, John Courage, a shipping agent from Glasgow, bought a small brewery at Horselydown, SE1, which became the Anchor Brewhouse.

Peter Jackson, owner and managing director of Southwark Brewing Company, which will be brewing limited edition Courage beers, said this was known as ‘Courage’s Horselydown Brewery’.

It is widely-believed that the name for the area derived from the fact it used be an open space for pasturing horses – although the whole area had been built over by the time Courage moved in.

Courage’s brewery was located at the end of a street, now named Horselydown Lane, close to Tower Bridge.

“They used to brew and process here and there was a field here where the horses would rest overnight and that’s how it became Horselydown Lane,” said Peter, who has been in the beer industry for 37 years.

Just over a year after Courage bought the small brewery, the first entry into the brewing book recorded that he had brewed 51 barrels of beer at the Anchor Brewhouse, Horselydown. This grew to become more than half a million barrels each year in its prime.

When he died suddenly in 1793 at the age of 36, Courage’s widow Harriot was left with a young family, including a three-year-old son, named John, and three daughters.

She took over the running of the brewery with the help of her managing clerk, John Donaldson, until her son was old enough be involved.

Sadly Harriot died in 1797, and with no member of the Courage family to step into the management, John Donaldson took over and it became Courage and Donaldson.

Peter said London really revolved around the brewing industry for many years, and that Southwark was well-known for its nightlife at the time.

“It was a good idea to build a brewery in Southwark because that’s where all the pubs and ale houses were,” he said.

“People used to travel to London but the bridge would close at about 7.30 at night and people would have to stay on the South Bank.

“A lot of the courtyards of the coaching houses were used to perform plays. If the rich people liked it they would throw their money down and if they didn’t they would go back to their rooms and that’s how the actors learnt.

“The Tabard is probably the most famous coaching inn because it was the starting point for pilgrims in Geoffrey Chaucer’s The Canterbury Tales. The first mention of Southwark Ale was by Chaucer hundreds of years before we even opened.”

Peter, who grew up in Sunderland and has worked for breweries all over the country, including as managing director of Marston’s Brewery, said the beer industry also helped to save lives.

“Dr John Snow plotted on a map where people were dying from cholera in London and worked out it was where the breweries were,” he said.

“People who worked in the breweries drank a lot of beer and even their children did. They worked out that if people boiled the water, the cholera deaths died off.”

In the 1890s part of the original Courage Anchor Brewery site was knocked down to make way for Tower Bridge, which lands right where Courage started.

The Anchor Brewery closed its doors for the final time in 1981, with production moving to Reading.

In 2007 the brand was purchased by Charles Wells, the UK’s largest independent brewery.