Author, one of The Borough Boys gang, sold corpses to be dissected by surgeons 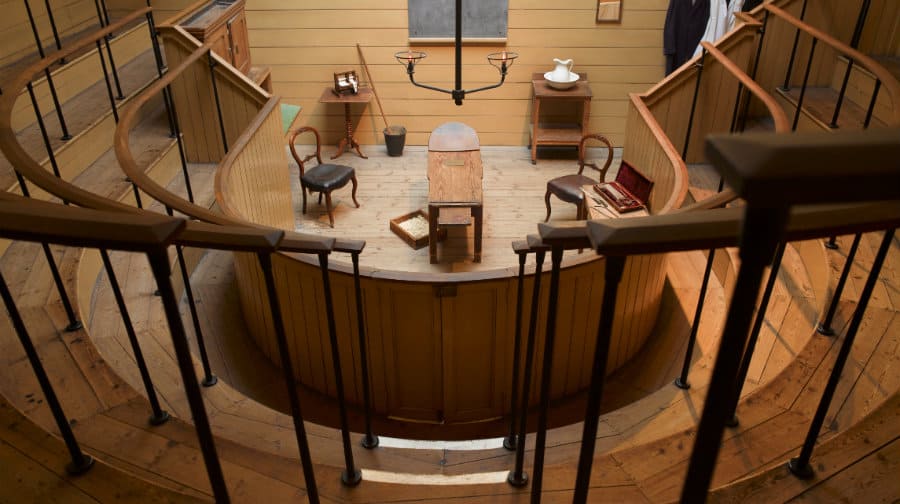 The Old Operating Theatre, where the stolen bodies would have been dissected. Photo: Dazeley

Southwark was once the favourite hunting ground for London’s most notorious gang of body snatchers, The Borough Boys. Joseph Naples, a member of the gang, wrote a diary which describes how the gang stole the corpses of foetuses and sold them to shrewd surgeons at Guy’s & St. Thomas’ Hospital, writes Jade Parker…

Body snatching was reported as early as the early 1700s, but it wasn’t until 100 years later that the trade really took off. With an increase in demand for cadavers and a good wage to be made, the dark practice soon became a popular profession.

A diary of one of Southwark’s most prolific body snatchers, ‘Diary of a Resurrectionist’ by Joseph Naples, will be discussed in a talk at the Old Operating Theatre next month.

Kirsty Chilton, curator at the Old Operating Theatre, told the News: “Naples’ diary is unique as it is the only document written by a resurrection man and it allows us to understand the scale the gang were working on.”

In this instance “Large” refers to an adult corpse and “Small” refers to a child’s corpse. As well as coldly stating the numbers of bodies the group dealt with, Naples also describes instances when the group were not quite as savvy, in another entry from Friday January 17th, 1812: “Went and look out: came home met at eleven, party except Dan. Went to the Hospital Crib and got four, was stopt by the patrols, Butler, Horse & Cart were taken.”

In this entry Naples is referring to the arrest of his fellow member Butler, who was arrested near Snowsfields after being caught red handed with several corpses in his bag. Naples was also caught several times and it was widely reported that he broke out of prison on one occasion using a rope and scaling the wall.

The heightened need for fresh corpses grew as medical students wanted not only to watch demonstrations but actually dissect cadavers themselves. Although the dark business of body snatching caused widespread fear, it did significantly advance surgeons’ medical knowledge and was thought of by many as a necessary evil.

Joseph Naples’ diary adds up the bodies he and the Borough Boys dug up in a cold tally of numbers. Image: Royal College of Surgeons

In the time when science and superstition were in head-on conflict, the public was terrified of the effects dissection may have on the soul of the body. However, its popularity was its downfall as the heightened public attention led to the Anatomy Act of in 1832, which led to a legal source of bodies.

The Act stated that the unclaimed corpses of the poor in workhouses would be handed over to medical students.

The Act was suggested by a local man, Richard Grainger, several years earlier. Grainger ran the borough’s Webb Street Anatomy School before becoming a lecturer at St. Thomas’. Although his anatomy school was in good favour with body snatchers like Naples, he became fed up with covering their expenses whilst they were serving time for providing him with fresh corpses.

Grainger is thought to have shared his solution with Guy’s Hospital surgeon Sir Astley Cooper, who went on to advise Parliament on the Anatomy Act. Astley was known to have organised networks of body snatchers and Naples actually started his ‘career’ digging up corpses and selling them to him. There are even records of Astley signing a Petition of Mercy to facilitate the early release of Naples from prison.

The legitimate route of obtaining bodies superseded the black market and led to many resurrection men being out of a job. It also led to dissection not only being associated with crime, but also being regarded as a pseudo-punishment for poverty. Fortunately, Naples’ cunning persona allowed him to land himself a job at none other than Guy’s Hospital, as a porter in the dissection rooms.

Kirsty explains: “His role extended beyond that of average porter duties. He was said to have shown students how to cut the heads off cadavers, which was most certainly a trick he learnt in his body snatching career.” Naples diary has provided an exceptional insight into the colourful characters that ran Southwark’s dark and sordid history of body snatching.

Kirsty will be presenting ‘Night of the Body Snatcher’ at the Old Operating Theatre on Thursday 19th of November at 6.30pm.