Did the Yorkshire Ripper strike in Peckham? 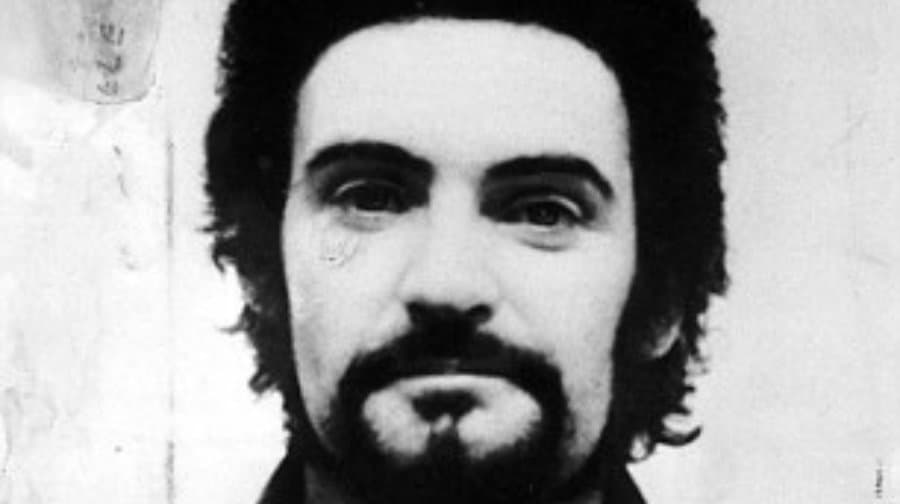 Thirty-five years ago a young woman was ferociously raped, stamped on and battered to death in Peckham. Sally Shepherd’s murder goes unsolved to this day, but an ex-police officer is still on the cold case as he believes she was a victim of one of this country’s most prolific serial killers – the Yorkshire Ripper.

Sally was 24-years-old in 1979 when she was working as a restaurant manager. In the early hours of the first day in December that year she stepped off a night bus at Clayton Road and began to walk across Peckham High Street, and Staffordshire Street to her flat when a man stepped out from the shadows and struck her on the back of her head with a blunt instrument.

After visiting friends in Essex that night, Sally was rushing home to prepare to move house the next day, away from Peckham, where she had told friends previously she was scared of being attacked. She bought an Indian takeaway and rushed for the last bus at New Cross just before 1am. When the bus arrived at its final stop in Clayton Road, Sally asked if she could stay on till the depot as it was closer to her home in Friary Road. The conductress told her that was against the rules so she got off the bus and walked towards her bloody fate. Dressed in a brown jacket, blue jeans, and tan knee length boots, Sally was just 600 yards from home when she was dragged into a builder’s yard a stone’s throw from Peckham police station. Sally was clubbed unconscious, stripped, stamped on so hard that her spine was severely damaged, and dragged through a ripped open wire fence.

This was a brutal attack which left blood spatters several feet from the place where two workmen found her body. The inspector leading the case said it must have been the work of a maniac and that he had never seen such a brutal attack in his 24 years as an officer.

“The incident defies all the logic of the usual sex attack,” DS John Hobden said at the time. Sally’s savaged body was dumped at the back of Peckham police station and the pathologist, Iain West, gave the cause of death as shock due to multiple injuries. The killer, dubbed ‘the beast of Peckham’, was never caught, but there were suspects. One witness saw a man weeping and banging his head against a wall where Sally died, and in September, 1991, a 55-year-old man was arrested and questioned about the killing. He was released on bail, but no charge was ever brought. In 2013, former copper, Chris Clark, came forward with a theory that Sally was in fact a victim of serial killer, Peter Sutcliffe, better known as the ‘Yorkshire Ripper’.

For five years Sutcliffe went on a ferocious murder spree across the country targeting vulnerable young women and prostitutes. As in Sally’s murder, he would strike his victims first with a blow to the head, usually with a hammer. Then he would drag them into the darkness, sexually assault them and repeatedly plunge a knife into their body. Afterwards he would arrange the body with particular attention given to how the shoes were placed.

As a lorry driver, the Ripper travelled along the A2 on New Cross Road, just a mile from where the heinous attack took place off Peckham High Street. Clark, who looked into seventeen cold cases including Sally’s, is convinced they are all linked to Sutcliffe’s spree between 1975 and 1980, when the police did not realise he was committing these crimes in other areas. The Yorkshire Ripper was arrested in 1981 and admitted to murdering thirteen women and attempting to kill seven others during his reign of terror, he was handed twenty life sentences. Sutcliffe was later transferred from prison to the high security hospital Broadmoor in 1984, after being diagnosed with paranoid schizophrenia.

Chris is still trying to obtain Sally Shepherd’s autopsy report to confirm his suspicions but he has been unable to track down members of her family to proceed.

– Mary Judge: found naked and battered to death on February 26 1968 in Leeds.

– Lucy Tinslop: strangled, raped, and stabbed over twenty times around her genitals on her 21st birthday in August 1969

– Gloria Booth: grabbed and taken to a garage where she was tortured, mutilated, and murdered in South Ruislip on June 13, 1971

– Judith Roberts: at just fourteen-years-of-age, she was battered to death in Staffordshire on June 7 1972. A soldier confessed to the killing and served 25 years, but his conviction was overturned by the Court of Appeal because he claimed his confession was a result of psychological problems he was experiencing at the time.

– Wendy Sewell: savagely beaten to death in a churchyard in Bakewell, Derbyshire. Stephen Downing: was wrongly jailed for 27 years for her murder in September 1973.

– Rosina Hilliard: run over and strangled in Leicester.

– Kay O’Connor: kicked, punched and stabbed in a frenzied attack before being strangled in her home in Colchester on March 1 1974.

– Carolyn Allen: beaten and only discovered twenty months after she went missing

– Eve Stratford: A ‘Bunny Girl’, the 22-year-old was raped and killed in her home in Leyton on September 3 1975. DNA traces linked her murder to the killing of Lynne Weedon.

– Lynne Weedon: bludgeoned to death in March 1976 in Hounslow.

– Carol Wilkinson: bludgeoned with a stone, and critically injured in Bradford in October 1977

– Lynda Farrow: a pregnant mother of two, she was stabbed repeatedly and her bloody body was found by her eight-year-old daughter when she came home from school on January 19 1979 in Woodford Green.

– Patsy Morris: her body was found hidden in undergrowth on Hounslow Heath in June 1980, the fourteen-year-old had been strangled, but was not sexually assaulted.

– Ann Marie Harold: the pregnant 22-year-old vanished in September 1980 while on a shopping trip and her body was discovered two weeks later in a ditch, she had been clubbed over the head and strangled. After Sutcliffe’s trial, police revealed that they would be questioning him about this attack, but nothing ever came of it.

Who was Peter Sutcliffe?

Between 1975 and 1980, the venomous murderer attacked women, stabbing them with screwdrivers, stamping on them, and leaving notes with their bodies, taunting police for not catching him. Two prostitutes thought to have been killed by Sutcliffe had bites on their breasts.

Officers desperate to catch him launched a huge campaign, publishing his notes and voice recordings in a bid to have someone identify the murderer by his writing or voice.

In 1981 he was convicted of murdering thirteen women and attempting to murder seven others. Yorkshire Police spent nearly six years trying to track down the killer, who was a former lorry driver from Bradford, married to Sonia Sutcliffe. A quarter of a million names were individually filed on cards and more than 30,000 statements were taken, but none of it led to his arrest. Police registered millions of car number plates seen in red light districts all over the north. Sutcliffe’s was spotted 60 times and he was interviewed nine times before his final arrest. He was finally caught after police discovered he had put false number plates on his car and found weapons in the boot. He soon admitted he was the Yorkshire Ripper and spent fifteen hours giving the police graphic details of his crimes.

Chris Clark has recently released a book with Tim Tate featuring a total of 23 unsolved murders they now think are linked to the Yorkshire Ripper including Sally Shepherd as well as accounts from survivors. ‘Yorkshire Ripper , The Secret Murders’ is available on Amazon for £6.79.