Doctor Lettsom: the scientific genius who loved nothing more than his manner in Camberwell

“For three quarters of the year the wind blew from the south towards London, and consequently for that part the air is as pure as the most rural situation can afford” 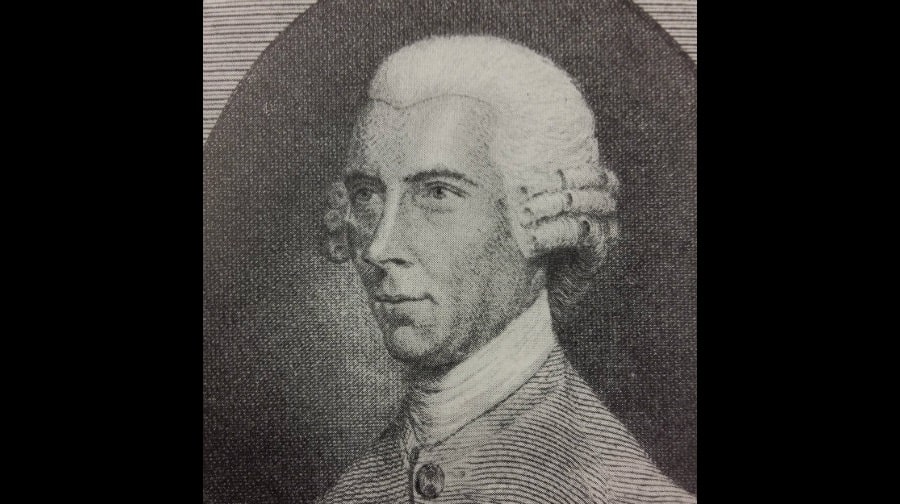 There were few things in the world that Doctor John Coakley Lettsom, philanthropist and physician, loved more than the views from his house in eighteenth-century Camberwell.

Though born in 1744 to a Quaker family in the West Indies, he was educated in England and moved to Grove Hill, the neighbourhood of genteel families like the Drapers and the Bowyers.

He purchased two-and-a-half acres of land to build his spectacular mansion: the site of a natural spring recognised as the place where the original Camberwell Well was dug.

His love for the Grove could be summed up with the remark: “for three quarters of the year the wind blew from the south towards London, and consequently for that part the air is as pure as the most rural situation can afford.”

There were few things that gave him greater delight than his rooftop views, which are still a subject of pride for the borough’s residents today. Lettsom boasted he could glimpse “Blackfriars and the three main bridges in the city,” and the hamlets atop the hills of Hampstead and Highgate. He described them as “a grand display of human elegance and wealth”. To the south was the crest of Sydenham Hill and the five telegraphs erected in response to the threat of an invasion by Napoleon.

Though Lettsom more modestly referred to it as “his villa”, the three-storey red brick building with marble chimneys took on an east and west wing.

In the East Wing he hung a huge painting of the Spanish Armada being defeated by Queen Elizabeth’s Royal Navy. The South Front was adorned with 26 Egyptian stone tablets, chisled with with hieroglyphics of the pyramids, the sphinx, and the classical Egyptian goddess Isis in the forms of a serpent and as winged woman.

Meanwhile the West Wing, his pride and joy, was Lettsom’s museum and library, which he filled with all sorts of wonders to indulge in his passion for science and medicine.

His library contained over 6,000 rocks, ores, shells, minerals and artefacts that spun his imagination. He would also use it as a venue for entertaining and host conferences of members of the medical profession and fellow naturalists.

His career saw him break ground in the medical world by championing new methods of reviving people who had nearly drowned. He invented a vaccination against small-pox and founded the British Medical Society in London in 1773. Everyone in the profession would hope to at some point receive an invitation to Lettsom’s villa.

In his 1933 biography Lettsom, Johnston Abraham said the man had been “deeply obsessed” by his garden, green houses and his villa, on which he spent “as lavishly” on them as he did on his charities.

Dr Lettsom’s statue of the three Fetes of Hygeia

He kept spending and spending until by 1795 his estate had grown to ten acres. He then became renowned for his expansive gardens, and an inventory of his horticultural habits listed 31 peach trees, fourteen apple trees, 23 plum trees, 44 grape vines, ten apricot trees and 42 pear trees and 29 nectarines. He also kept 64 beehives.

Looking out to the tiny village of Peckham was Lettsom’s Observatory, which he called The Temple of Sibyl – an ancient Greek term for female oracle – which he decorated with busts of the Egyptian queen Cleopatra, Mark Anthony and Pomona, the Roman goddess of fruitful abundance. Continuing with his love of classical history, Lettsom’s gardens were also home to stone statue of the three fates of Hygeia:  priestesses of Greek mythology who spun, measured and cut the threads of life. But after 31 years the dream was over. Lettsom’s fortune ran dry, leaving him with no choice but to sell up and move on from Camberwell in 1810. His beloved villa was demolished in 1890, after chunks of his land was carved up for the old Camberwell railway line.

The former site of his villa is believed to be houses nine to twelve in Grove Park, where you will also find a patch of allotments. Lettsom Street bordered the front side of his land, while Lettsom Gardens, which has been preserved by locals, holds many of the same trees and mulberry bushes that the doctor himself would have mused over.

The word is Manor, not Manner, in your headline.

Southwark NewsHistoryDoctor Lettsom: the scientific genius who loved nothing more than his manner in Camberwell