“Down with the Austrian butcher!” – the international incident that happened in Bankside

The Nineteenth Century Austrian general who was run out of Southwark 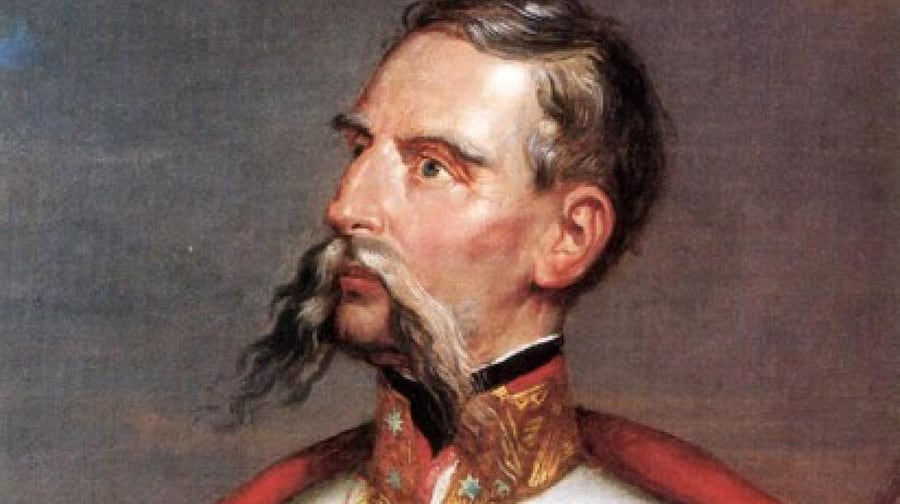 There is a small, unassuming plaque in Park Street, Bankside that proudly proclaims: “An international incident occurred here”.

It’s quite a statement, and the accompanying picture of a sharply-dressed man being flogged so viciously that his blue hat falls off only adds to the intrigue.

The inscription, sandwiched between a Premier Inn and a row of houses, marks the site of an outrageous Southwark story: the humbling of one of history’s greatest villains.

Julius Jacob von Haynau was an Austrian general who, due to his brutal suppression of Hungarian forces during a revolution in 1849, earned the nicknames “the hangman”, “the hyena”, “the tiger” and “the butcher.”

Contemporary commentators are also cutting in their reports. Historian Antoine Vanner describes him as a “bully and a tyrant” while historian Pete Brown, whose excellent book Shakespeare’s Local details Bankside’s history over six centuries, keeps it simple with “a murderous authoritarian bastard.”

His penchant for punishment knew no limit. He whipped women, hung over 100 people and ordered vicious reprisal attacks during his campaign of terror. The brute was even infamous hundreds of miles away in Britain, where tales of his violence were covered in the papers and passed by word of mouth. From Buckingham Palace to Bankside, Haynau was discussed with both awe and disgust.

Given his reputation, and his very recognisable moustache, it was unfortunate that he decide to take a holiday to London in 1850, soon after the Hungarian rebellion had been quashed with such ruthless force. Like many tourists in London, then and now, Haynau decided to go on a brewery tour in Bankside.

On September 4, he wandered down to Anchor Brewery, a tourist attraction that pumped out a quarter-million barrels of beer a year.

A crowd quickly gathered as word of his appearance spread through the borough. Given his facial hair, he had attracted some attention on the way to the brewery and, by helpfully signing the visitor book on the way in, there was little doubt it was him.

A crowd, made up of local residents, workers and the brewery drayman, forced their way through the building to Haynau to boo and heckle him.

An eyewitness said: “The gallant woman flogger looked about him in evident surprise, forgetting probably that he is now in a land which, with all its faults, bestows on its citizens the privilege of free thoughts and speech, and teaches them to denounce the tyrannies of a butcher like Haynau.”

According to a separate eye witness, the scene then turned violent, with the brewery draymen deciding to stick the boot in in a more literal sense.

A report says: “Nearly all the labourers and draymen ran out with brooms and dirt, shouting out ‘Down with the Austrian butcher’ and other epithets of rather an alarming nature to the marshal.”

A bale of hay was dropped on Haynau’s head before his clothes were ripped off by the furious crowd. He was flogged with brooms so hard that one of them broke across his back, while manure and dirt were thrown. A woman from a nearby building threw a pair of scissors out the window, apparently in an attempt to cut off his moustache.

The plaque commemorating the incident in Park Street

Pete Brown described the scene in his book: “He tried hiding in a dustbin, but was dragged out of it by the beard. He was pelted and struck ‘with every available missile’. And worst of all, some cad ‘struck his hat over his eyes.’”

Eventually he managed to escape, taking shelter in the nearby George public house. A police force eventually arrived to rescue him, disguising him in one of the landlady’s hats as they led him outside. He was escorted to a police boat and rowed across the Thames to safety, jeered on by a jubilant crowd.

Unsurprisingly, he cut his British holiday short. The incident was seized upon gleefully by the media the following day and sparked an international incident that soured Austro-British relations for years.

It also offers an interesting insight into the treatment of the working class in Victorian society, with newspapers either deriding or celebrating the crowd depending on their political slant.

The Daily News said: “We rejoice that he escaped without serious injury, but we do also sincerely rejoice that such a manifestation of British feeling, so honest, so popular, and so spontaneous, as well as so energetic, goes forth to the world of Europe to mark in what estimation the deeds of Austria in Hungary are regarded by the intelligent of our industrious classes.”

The Morning Post, however, described the crowd as a “mob” and “the choicest specimens of the rascalry of the borough.”

The Austrian ambassador demanded an apology, which was initially refused before the intervention of the Queen. When the Duke of Wellington died two years later, Austria refused to send a representative.

Haynau died three later, leaving behind a reputation as an accomplished war general and a heartless thug. On that afternoon in a Bankside brewery, however, the “most hated man in Europe” was finally humbled – and that, surely, is worth raising a pint to.

With thanks to Pete Brown, author of Shakespeare’s Local, and Antoine Vaneer, of dawlishchronicles.blogspot.co.uk.

Southwark NewsHistory“Down with the Austrian butcher!” – the international incident that happened in Bankside