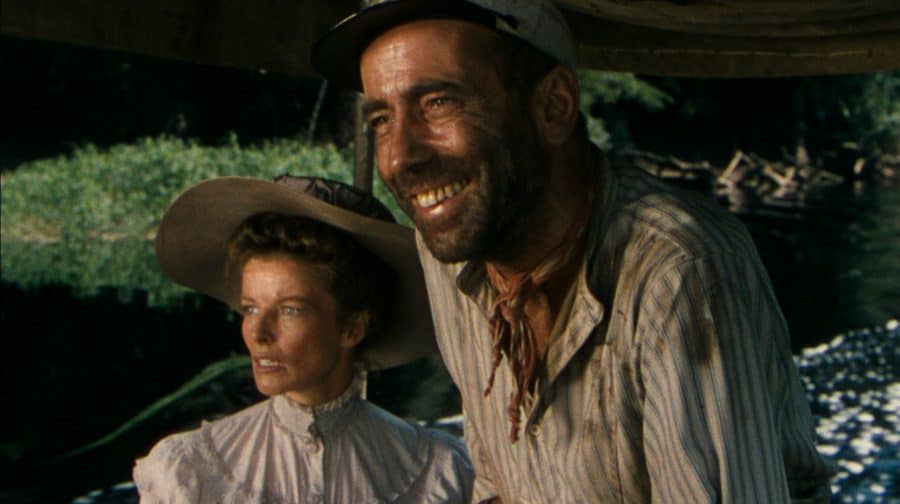 What links The Long Goodbye, Mrs Miniver and The English Patient? They’re all part of Dulwich’s cinematic history.

After retiring from the stage during Elizabeth I’s reign, Alleyn bought an estate in Dulwich for £5,000 and founded a school for poor children that would become one of the country’s top performing independent boys’ schools.

Four hundred years later many other thespians, writers and directors have followed in Alleyn’s footsteps –and none more so than since the advent of cinema. Last month, the school showcased this history with a film festival cherry picking the best films with a college connection.

Arthur Wimperis stands out among all Old Alleynians as the only one – so far – to win an Oscar. The accolade came for ‘best screenplay’ for the score of 1942’s Mrs Miniver. Based on Jan Struther’s novel of the same name, the romantic drama follows a middle class housewife during the Second World War and netted six Academy Awards in total – including Best Director, and Best Actress for Greer Garson.

Two years later, A Matter of Life and Death was released, starring David Niven as a World War Two fighter pilot who returns from a near-fatal mission in Germany. Ranked by the British Film Institute as the 20th best British film ever made, it was directed by Old Alleynian Michael Powell, who had been taught at the school from 1918-1921.

In 1951, another classic from the golden age of Hollywood came to our screens courtesy of an Old Alleynian. John Huston’s The African Queen bagged co-stars Humphrey Bogart and Katharine Hepburn Oscars apiece for the epic set in German East Africa in 1914.

The film was adapted from the 1935 novel by former Dulwich student C.S. Forrester. Forrester had brief and unsuccessful attempts as a medical student at Guy’s and as an army recruit before eventually moving to the US and finding fame as a writer, with his other successful works including the Hornblower series.

Other authors educated at the school whose work went on to grace the silver screen include giants of 20th century literature Raymond Chandler and Michael Ondaatje.

Chicago-born Chandler may be the quintessential American ‘pulp fiction’ author but he also spent part of his childhood living in Upper Norwood and held British citizenship. His seminal detective novel The Long Goodbye was adapted by Robert Altman in 1973 – a classic of film-noir, starring Elliot Gould.

Ondaatje’s Booker Prize-winning The English Patient (1996), told the story of the doomed, illicit love affair between an English woman and Hungarian explorer who meet making maps in North Africa at the outbreak of the Second World War. The epic heartbreaker swept up nine Oscars and cemented the careers of its two leads, Kristen Scott-Thomas and Ralph Fiennes.

But perhaps the most famous former student and contemporary actor is Chiwetel Ejiofor, CBE, a pupil from 1990-1995.

Ejiofor, who grew up in Forest Gate, had his first stage role at prep school as the gravedigger in Hamlet. He went on to win a BAFTA and was Oscar-nominated for his portrayal of Solomon Northrup, an African-American kidnapped and sold into slavery in 1841 in 2013’s 12 Years a Slave.

Other Old Alleynians include Boogie Man director Andrew Morahan, and Nick Gottschalk, the supervising art director for 2017’s The Darkest Hour featuring another south London legend, Gary Oldman, as Winston Churchill. Gottschalk’s other credits include the live-action remake of Disney’s Beauty and the Beast.

But centuries after the college was founded, there is also the enduring appeal of Ned Alleyn himself, played by Ben Affleck in 1998’s Shakespeare in Love.

It was important the Dulwich College was “not founded by a great general after war, not by a crucial mathematician or an infinite philanthropist,” he said.

“The school was established by an actor – a pretender, a make-believer, the man who created the role of Faustus in 1593.

“God and glory are all very well in running a good school – but never forget the need for magic and theatre.”