Exit: Burbage – the life of the great Shakespearean actor who died 400 years ago 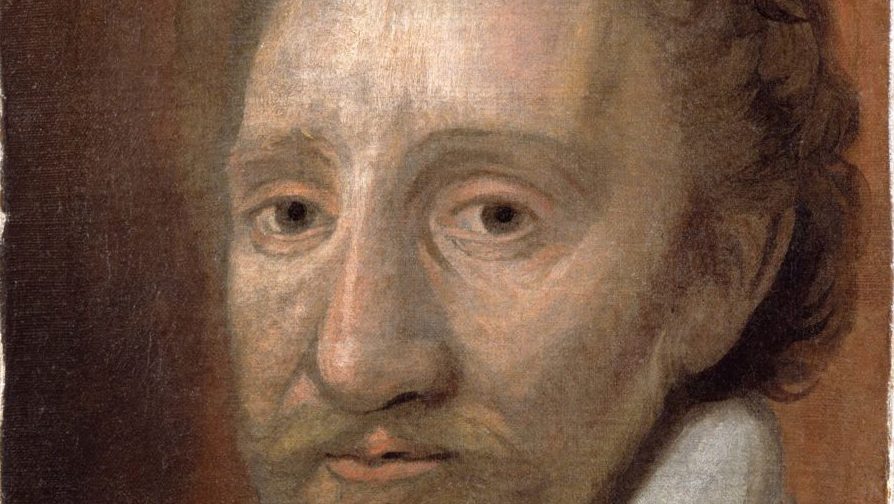 He was Shakespeare’s first leading man, the original Hamlet, Othello, and Macbeth, and a celebrated thespian, the ‘finest tragedian’, and one of the men to create the world-famous Globe Theatre. But Richard Burbage, the greatest actor of Shakespeare’s age, has long since faded from prominence.

Now, residents on the eponymous Burbage Road are hoping to change that, with a new project –  Exit: Burbage – commemorating the 400th anniversary of his death and the extraordinary life he led. Richard Burbage was born in 1568 to Ellen and James Burbage, with theatre in his blood.

Originally a touring actor, his father James settled in London and opened The Theatre in Shoreditch when Richard was eight years old.

Based just beyond the City of London’s northern wall, The Theatre is believed to be the first permanent theatre built in the capital since Roman times, which achieved great success.

James brought up Richard, and his other son Cuthbert, into the family trade and by his early 20s, Richard was already a superstar, after treading the boards throughout his teens.

As shareholders, the family created a new system of theatre ownership whereby the company of actors owned a share in the theatre and its production, the foundation of the industry we know today.

By the 1590s two leading companies had emerged in London’s theatrical world as rivals.

They were The Chamberlain’s Men, later known as the King’s Men, led by James Burbage and his sons at the Theatre, and the Admiral’s men, led by Edward Alleyn and Philip Henslowe at Bankside’s The Rose.

In his long career – which only ended with his death at the age of 52 – Burbage performed as Romeo, Hamlet, Othello, King Lear, Henry III, Pericles and Shylock, and appeared in a host of Jacobean plays including Sejanus, Knight of Malta and Mad Lover.

Shakespeare is believed to have written his characters with Burbage, a great friend, in mind.

One of Burbage’s most popular turns was as arch-villain Richard III, widely credited with sparking a fashion for the way he strutted with one hand upon his dagger.

One story, written in the diary of John Manningham, a contemporary of both, has it that one female audience member was so enamoured with Burbage’s performance as Richard III she requested him to pay her a night time visit.

Shakespeare, overhearing the proposition, seized the opportunity for himself but was interrupted by a disgruntled Burbage.

After being told Richard III was at the door, Shakespeare is said to have replied that William the Conqueror was before Richard III.

But for all their success, The King’s Men also had plenty of misfortune.

By 1596 the Burbage’s had found themselves – and the future of Shoreditch’s The Theatre – in real difficulty.

The Theatre’s lease was due for expiry in April 1597, but the landlord, Giles Allen, was refusing to renew.

The company gained permission for a new structure in Blackfriars, but this was overturned due to complaints by wealthy residents worried about the clientele’s raucous behaviour, leaving the Burbage family out of pocket with a theatre they couldn’t use.

A year later Richard’s father James had died and The Theatre’s future was still in jeopardy after Allen claimed it had reverted to his ownership after the lease was up.

It was left to the young Richard, and his brother Cuthbert, to solve their quandary.

At the end of 1598, they found a novel solution. The company enlisted help and dismantled the entire structure in Shoreditch, while Allen was away celebrating Christmas, painstakingly carrying it across the Thames.

They rebuilt the theatre on a new site in Southwark’s Southbank. With space for up to 3,000, the new venue became the state-of-the-art The Globe.

Richard and Cuthbert remained majority shareholders of the King’s Men, with other members of the company pitching in, including William Shakespeare, who gained a stake.

Burbage and Shakespeare were colleagues but also great friends. It is said that Shakespeare wrote his parts with Burbage in mind, and that Burbage was the star quality to help draw in the crowds.

The Globe survived outbreaks of plaque, and a fire in 1613 when it was razed after a theatrical canon misfired into the thatch. It was rebuilt the following year but eventually torn down not long after being closed by the puritans in the 1640s. Burbage married Winifred Turner at some point in the 1590s and together the couple had eight children, with all but one dying in infancy.

The only child to survive, William, was born in 1616 and named after Shakespeare, but little is known of what became of him.

Although London’s theatres recovered in the Restoration era, it wasn’t until 1997 that the Globe stood once again in Southwark.

Although renamed ‘Shakespeare’s Globe’, the theatre owes as much to Burbage as it does to the Bard. But while Shakespeare’s name is world-famous, Burbage has slipped into obscurity.

Burbage Road was built in the 1880s as London began to expand into the hitherto country villages.

Why this particular spot was chosen to honour Burbage is unknown, but it is likely a wry nod to his rivalry with fellow thespian Edward Alleyn, the founder of nearby Dulwich College and Alleyn’s School.

Today’s residents, including Game of Thrones actor Iain Glen, were delighted with a new mural celebrating Burbage on their street.

“As a local I’ve always cherished Dulwich’s association with some of the great actors of the past and there’s none finer than Richard Burbage,” he said.

Southwark NewsHistoryExit: Burbage – the life of the great Shakespearean actor who died 400 years ago