The forgotten poet of Newington who never shied from a jibe 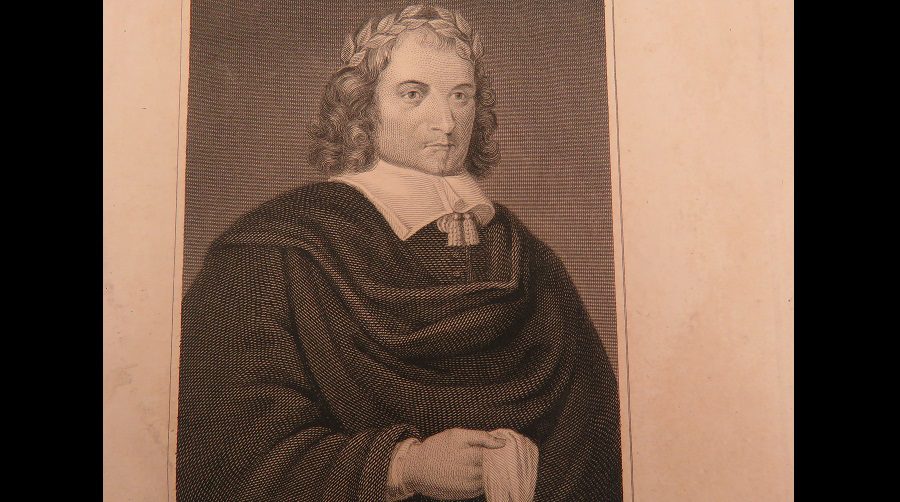 It is only in recent years that scholars have strung together the story of a daring poet and playwright from Elephant and Castle, who was a contemporary of Shakespeare.

Thomas Middleton was born in 1580 to a bricklayer and his wife near Bank, but grew up in a house in Newington Butts: formerly an archers’ training ground, and approximately where you will today find The Castle Centre.

Though his family were originally well-to-do, his fortunes took a left turn at the age of six, with the death of his dad Williams. Middleton then grew up watching his mother Ann’s disastrous second marriage fall into a legal battle over whether the new husband was entitled to William’s inheritance.

Critics have attributed this un-romantic first impression of love and family bitterness for Middleton’s tendency towards satire. Nevertheless his talents eventually merited a place at Queen’s College, The University of Oxford.

Despite being an obsessive scholar who “daily rose before the sun, talked and conversed with midnight, killing many a poor farthing-candle”, Thomas cut his time at Oxford short, possibly due to the public outcry that greeted his early works.

Through his unique career he published ten different prose, eight series of poems, fourteen masques (pantomimes of dances and songs) and 23 plays.

His second series of six poems ‘Microcynicon: Six Snarling Satires’ were publicly burnt after they were published on June 4, 1599, by order of the Archbishop of Canterbury.

Gary Taylor, the foremost scholar of Middleton, wrote that the Church of England’s clergy viewed the genre as “self–loathing pornography”.

Each of the six poems targeted a particular vice that Middleton saw present in society: cross-dressing; usury (lending money with high interest); prodigality (wasteful and extravagant); pride; cheating; and foolishness.

To Taylor, it appeared early on that Middleton was keen on designing characters that “emblematic sinners” and suggests that he did so vicariously.

In 1601 he courted controversy again, and even a parliamentary inquiry, when his pamphlet ‘The Penniless of Parliament of Threadbare Poets’ shocked and insulted MPs. Taylor writes that by this time Middleton was writing pamphlets “for an established market of readers” – including people of his own social standing whom he subversively mocked.

Playwrights had few safe targets after the clergy’s crackdown on satire, so from 1599 to 1602 the so called War of the Theatres became all the rage.

Middleton was partially involved in the war when he took the side of playwright Ben Jonson, who rivalled John Marston and Thomas Dekker. In the theatres of Newington they designed characters to mock one another as hypocrites or cuckolds. Just think of it as the Jacobean equivalent of a rap battle.

But the short-lived fad for competitive playwriting came to an end in 1603. In that year, Middleton married Mary Magdalen, and King James I took the throne, but more notoriously it saw the outbreak of the plague, a topic which Middleton wrote about as a metaphor for “social disease”, taking pot shots at social inequality and as a crisis of the social hierarchy.

From there on Middleton really embraced playwriting. Two of his most-acclaimed works were collaborations with Thomas Dekker between 1608 and ’09: The Roaring Girl (biography of the notorious purse-cutting thief Mary Frith), and revenge-tragedy The Bloody Banquet.

Middleton died at his home at Newington in 1627, and was buried on July 4 in St Mary’s Churchyard – now a public park. The original St Mary’s Church was demolished for road-widening, and its replacement in Kennington Park Road (built in 1876) was destroyed in the Blitz and never rebuilt.

A great deal of what is known of Middleton can be attributed to the work of Taylor, who devoted twenty years to The Collected Works of Thomas Middleton, published by Oxford University Press in 2007.

With John Lavagnino, he led a team of 75 contributors from 12 countries to produce “the Middleton First Folio,” designed to establish Middleton’s status as “our other Shakespeare”.

Taylor wrote that “as early as 1636” (20 years after Shakespeare’s death and nine years after Middleton’s) the two were people “coupled”.

“Two gentlemen went to see Shakespeare’s ‘Pericles’; one laughed and the other cried. Later, they went to see Middleton’s ‘Mayor of Queenborough’; the first cried and the second laughed,” Taylor wrote.