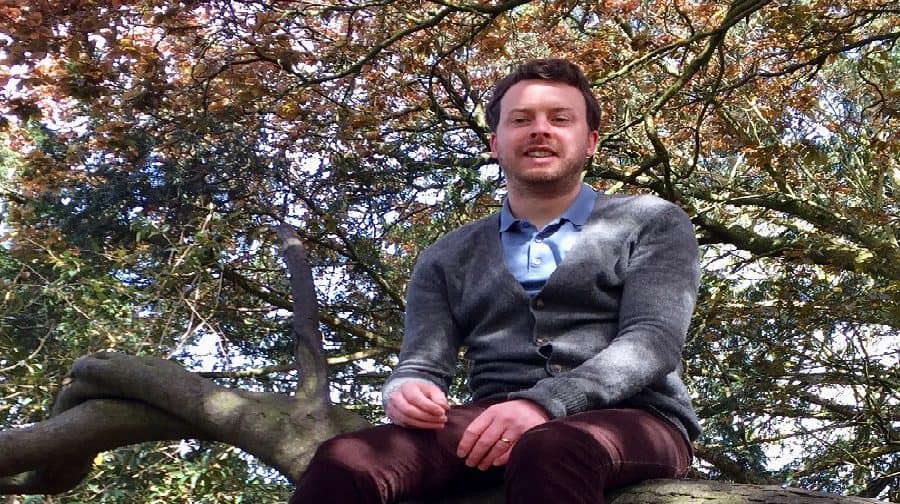 A new comic book traces the history and mythology of London’s ancient Great North Wood, which once stretched from Camberwell to Croydon.

The Great North Wood follows a curious fox as he moves from south London’s present-day cityscape back in time to meet past forest dwellers and travellers, including a drunk Elizabeth I. Author, the comic-artist Tim Bird, told the News how living in south east London inspired his latest work:  “I moved to London around fifteen years ago and spent a few years moving around different parts of south-east London – Herne Hill, Tulse Hill, Dulwich – before settling in Sydenham.

“Sydenham Hill Woods always felt like an important presence – somewhere where I could escape the noise of the city.

“One time when I was walking there the Friends of the Great North Wood were having an open day and I picked up some leaflets about the history of the area.

“I found it really interesting that large parts of south east London had been covered in forest and remained largely rural until relatively recently.

“I’ve had a long interest in folklore and lots of old folktales are set in forests, so I started to imagine how ghosts of mythical creature may still haunt the streets of south London.

“In my comic, I tried to combine these fantastical creatures with more factual accounts of the local area, and how they related to the woodland – often evident through place names like Forest Hill, Honor Oak and Norwood.”

As early as the middle ages, the wood helped power London’s economy, with local people felling timber for shipbuilding, using bark to make tannin for Bermondsey’s leather-making cottage industries, and charcoal was burnt by colliers in kilns across the wood and sold as fuel for bakeries and cookhouses.

The woods were also famous for their encampments of fortune-telling Roma. In August 1668, diarist Samuel Pepys wrote that “This afternoon my wife and Mercer and Deb went with Pelting to see the Gypsies at Lambeth, and have their fortunes told; but what they did, I did not enquire”.

A century later, the ‘Norwood gypsies’ were so famous that they were the subject of a Covent Garden pantomime performed in the 1770s. Perhaps the most celebrated was Margaret Finch, ‘Queen of the Norwood Gypsies’, who died in 1740 and was reportedly buried in Beckenham parish church, allegedly in a square box as her body had fused into the position she sat in, smoking a pipe, as she told her fortunes.

Their encampment is believed to have finally disappeared after enclosure – when public land was sold off to private estate-holders – but lives on in the name Gypsy Hill. Other names reminiscent of the area’s wooded past include ‘Norwood’, likely a contraction of ‘North Wood’, Honor Oak and Forest Hill, but also Penge, which could come from the Celtic word Penceat, meaning ‘edge of the wood’.

Legend has it that Honor Oak was named by a drunken Queen Elizabeth I who, whilst picnicking at One Tree Hill, attempted to give a knighthood to an imposing oak tree. The oak survived as a boundary marker until being destroyed by lighting in the 1888, when a new oak was grown from one of its acorns, still flourishing on One Tree Hill. By the 20th century, much of the wood was sold off for housing development, and the coming of the railways saw villages expand into suburbs we know today.

But thanks to the work of conservationists, what is left of this great forest – around 20 individual woodlands and parks like Dulwich and Sydenham Hill Woods – are still protected and open to the public.

The Great North Wood is published on June 20, 2018. For more information, visit: www.timothybird.co.uk