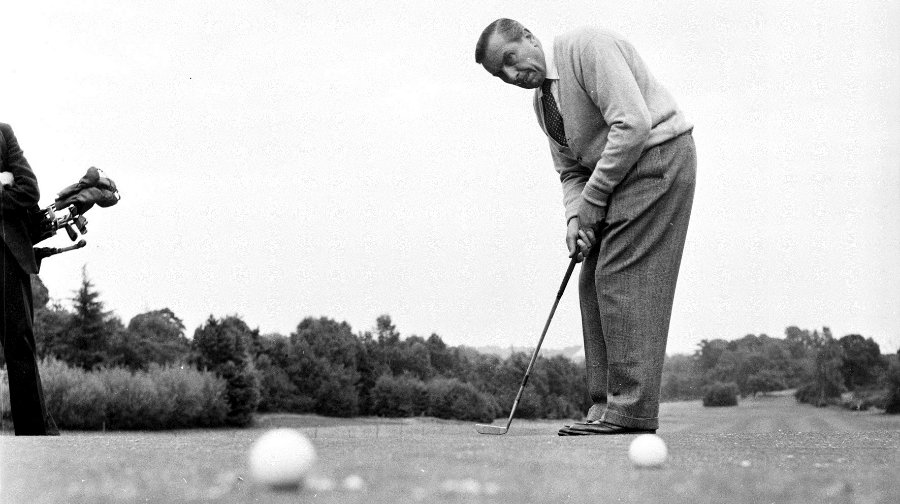 Like many sporting greats, Sir Henry Cotton reached the top due to hard work and practice. Unlike most, he also has a stubborn Dulwich head-teacher to thank for his success. Sir Henry, who joined Alleyn’s School in 1907, only turned to golf seriously after being banned from the cricket team.

Outraged at being made to carry sports gear by the school’s prefects, he and some other junior students composed a sarcastic note to ‘Sir’. It read: “We beg to show our kind appreciation of being allowed the privilege of transporting the cricket bag from Marlow to Dulwich to the detriment of our tender muscles and to the advantage of the select and most condescending.

“We think it is a pity that people who are supposed to be looked up to should so fail in their thoughts for the school and their fellow beings.” The furious prefects caned Henry’s friends – although Henry himself was let off on medical reasons – and the four boys were banned from the cricket team by the headmaster, who in true stiff-upper-lip fashion took the prefects’ side. Rather than mope about, the Crystal Palace Road resident turned his attention from bat to club. The rest, as they say, is history.

After joining a nearby golf club in Honor Oak at the age of 13, he quickly set himself apart from the other players, both young and old. His first club championship came three years later, and the following year he went professional. In 1934 he won the Open Championship, one of the biggest events in world golf, ending an eleven-year run by dominant American golfers. This win included a round of 65, which was a record for the next four decades – and also was the inspiration for the classic Dunlop 65 golf ball.

He won the Open Championship again in ’37 – beating the entire US Ryder Cup team in the process – and then once more for a final time in 1948. He also captained the Great British Ryder Cup team between 1947 and 1953. In between these on-course heroics he even found time to serve King and Country, joining the Royal Air Force during WW2. He split his time between active duty and fundraising, organising a number of charity events with other professionals in aid of the Red Cross. He applied to fundraising the same motto he coined for his golf game: “for me, the best is always good enough.” He was later knighted for his hard work during the war, an achievement that gave him as much pride as any golf championship.

After he retired, he turned his mind to teaching golf and designing courses. His greatest off-course achievement is seen by many as the construction of the Championship Golf Course in Penina, Portugal. He was buried alongside his wife Toots in a small graveyard near his famous course, which was later renamed in his honour. But while he may now lie hundreds of miles from his old home in Crystal Palace Road in Dulwich, his legacy will always owe something to that dramatic afternoon in Alleyn’s School – a fact made clear by his delight at becoming the Alleyn’s Golf Society’s first ever president many years later.

Sir Henry Cotton is one of the nominees for this year’s blue plaque awards. To vote for the blue plaque you can email news@www.newsatden.co.uk, write to Southwark Blue Plaques, C/O Southwark Heritage Association, 216 Upland Road, East Dulwich, SE22 0DH, fill in a voting card at any Southwark library or vote online at surveymonkey.com/r/ZFYHYZ6