Originally from Trinidad, George settled in south London after World War One and lived here until he died 50 years later 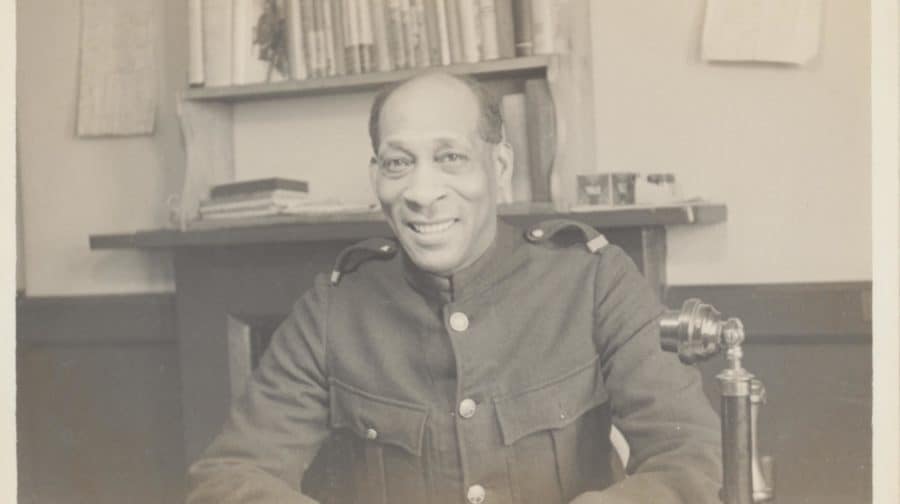 A recent report found that there was “no longer” any institutional racism in the UK, following decades of improving conditions for non-white people. In the days after the Commission on Racial and Ethnic Disparities came out it seemed that everyone had an opinion. Many people disagreed with its findings, citing their own experiences, while others were in favour, writes Kit Heren...

One person whose opinion it might be interesting to hear is George Arthur Roberts, a Trinidadian-born man who fought in the First World War before settling in Camberwell, where he lived for several decades before dying in 1970.

Roberts was one of the founding members of the League of Coloured Peoples alongside Dr Harold Moody. The League “was one of the first organisations to represent and support Britain’s black community”, according to Southwark-based Stephen Bourne, a prominent historian of black British heritage. 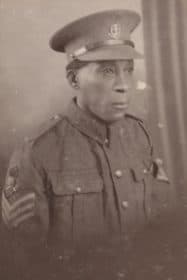 Born in 1890, Roberts left Trinidad in 1915 to join the Middlesex Regiment. He was reportedly very good at launching grenades towards enemy lines, with a range of some 74 yards. Roberts fought in several battles, including the notorious Somme – where close to a million people were wounded or killed – in 1916. Roberts was wounded at the Somme himself, as well as at Loos, an earlier battle. 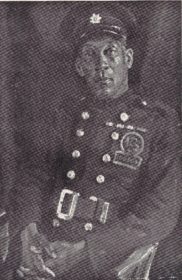 He was given leave to go back to Trinidad to encourage more people on the island to join the British army. Some 250 people followed him back to Europe, according to the magazine Everyweek.

Roberts finished the war with a 1914 Star, a British War Medal and a Victory Medal.

He moved to Camberwell after the war, where he got involved with the Royal British Legion from its foundation in 1921. The organisation was launched as a support and advocacy group for people who had left the armed forces – a large number, given the war had ended only a few years earlier.

Roberts founded the Camberwell branch of the Legion and became its president. He was made a life member in 1962 and remained involved with the organisation until his death. 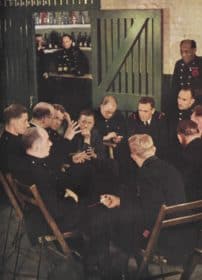 George with the other firefighters. Image: John Hinde

Perhaps his most notable involvement with the Legion was the event that led to the organisation being founded: the 1920 Battle of Westminster Bridge. Former servicemen, many of whom were severely disabled, marched on parliament to demand better treatment for veterans. A skirmish followed, Roberts wrote.

“The columns from south-east and south-west were halted by the police, with order not to let us cross Westminster Bridge: this to men who had fought for Britain on the various battle fronts of the world.”

The veterans were eventually broken up forcefully but the protest “brought home to the public the justified discontent of our men, and it played a great part in unifying the various ex-service organisations into the British Legion and bringing nation-wide pressure to bear on the Government to implement the promises made to ex-Servicemen,” Roberts wrote.

The Battle of Westminster Bridge was just the start of Roberts’ campaigning. As a co-founder of the League of Coloured Peoples in 1931, Roberts aimed to improve the lot of black people in the UK. One of the League’s main activities was fighting to remove the “colour bar” – unofficial rules in many workplaces and public social settings that limited the numbers of black people and other non-white groups. 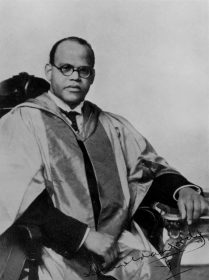 The League reportedly had some success but sadly faded away a few years after the death of Roberts’ co-founder Dr Moody – just as mass immigration from the British Empire was ramping up.

By trade, Roberts was an electrician until 1939, when he became a firefighter. When the Second World War broke out, he was already in his late 40s and too old to rejoin the army.

Instead he served as a fireman in the Blitz, putting out fires – an often deadly job. Roberts was working from the New Cross fire station. He was made a Section Leader in 1943 and awarded the British Empire Medal in 1944. The station put up a red plaque in his honour in 2018.

Roberts was also given a blue plaque at his Camberwell home in 2016.The Blue Plaque scheme was introduced by us here at the Southwark News and supported by Southwark Heritage and Southwark Council. Roberts’ blue plaque is one of over 50 put up across the borough, and is awarded by the popular vote. 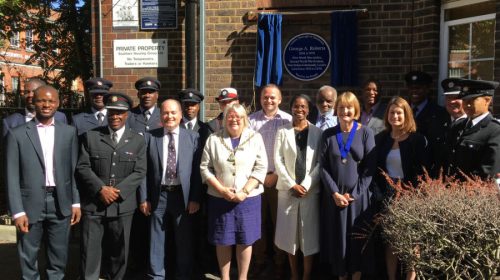 Black and ethnic minority firefighters lined up as a guard of honour on the day the plaque was unveiled in Warner Road, Camberwell, alongside the Acting High Commissioner of Trinidad and Tobago, Tedwin Herbert.

Samantha Harding, George’s great granddaughter, led the ceremony and said she was “overwhelmed” by the turn out.

“It’s emotional and amazing to see so many people out here. I am overwhelmed by it all,” she added.

Dear Sothwark News, can you tell me where you hot the information about his war medals? Many thanks