Going back to your roots

Before this turbulent period, the Ivy was known since Victorian times as the Newlands Tavern, changing names twice in the 1990s to its current name 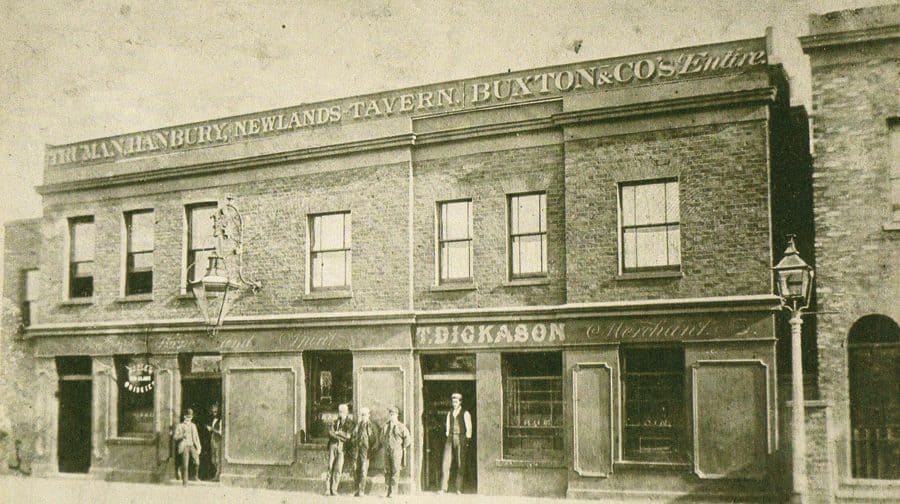 Over 100 Nunhead residents gathered in their favourite boozer, the Ivy House, to film the final 20 minutes of artist Sarah Turner’s new documentary, Public House, at the start of March.

Sarah has been filming ever since the pub was given a week’s notice to quit by pub company Enterprise Inns in April 2012. Owned since the 1990s by Enterprise Inns, the Ivy had gone through a number of changes, from a long standing family establishment to a clubbing venue and back again.

Before this turbulent period, the Ivy was known since Victorian times as the Newlands Tavern, changing names twice in the 1990s to its current name. Founded by Thomas Dickason in 1871, the Dickasons ran the pub for five decades and by the 1920s handed it over the reins to Edgar Rhodes and his wife.

It was sometime in the 1930s that the pub was rebuilt by the Truman Brewery into the mock-Jacobean alehouse it is today. In July 1944, a shattering German bomb narrowly missed the tavern and utterly demolished all the nearby shops, leaving the Newlands unharmed and alone on the brow of Stuart Hill.

When the bombs finally stopped falling in 1945, the celebration party was held in the Newlands Tavern, the last pub standing. In the 1970s it was to survive another onslaught: punk-rock. As this movement

Another luminary, Graham Parker, fondly remembers the music-loving landlords who allowed his band to “pull from the taps”. The Fentimans were known for their generosity and often shared their meals with many of their midnight guests. A key campaigner to save the Ivy, Hugo Simms, recalls speaking to Sue Fentiman. She told him: “Half the bands always looked half-starved when they came. We always gave them something to eat.

We used to try to make them like being there as much as possible.” The couple loved music and often would comb the college bars and major punk rock venues such as the The Hope and Anchor and Dingwalls for potential acts. The Fentimans enjoyed filling the stage with great talent even commenting on their manners. Sue said: “They were always so polite. They obviously used to get so much hassle from other people. All we used to say was, when you pack up, if you could load your van as quietly as possible.”

Amongst these then unknown acts playing at the Newlands was Jeff Beck, at the start of his solo career. With just two days’ notice, Jeff Beck’s manager rang up the pub, asking them to perform at their little venue so the band could test the waters with a live audience before going on tour in America. Despite their major success, the Fentimans sold the pub in 1976 and with this its popularity dwindled through to the 1990s and it was taken over by Enterprise Inns. Under their ownership the Newlands Tavern became the Ivy House.

By 2010 a new manager was brought in who started to orientate it towards the community. Out of the blue in April 2012 the pub was boarded up with plans to sell to a property developer, who was to gut out the interior and make it into residential accommodation. After its long and important history, residents decided not to take this one lying down. Out of the hundreds of outraged voices, five key campaigners emerged, one of which was Hugo Simms, the pub’s historian.

In the hope of rallying support, he got the attention of the Campaign for Real Ale (CAMRA), which applied to English Heritage to have the Ivy House protected with a Grade II listing. With the help of the community, local councillors and MP Harriet Harman, this came into effect just two days before its planned sale to the property developer. Hugo said: “The initial intention was to save the pub by finding another company to buy it off Enterprise and keep it as a pub. But then we got wind of the Localism Act”.

In October 2012, the Ivy became the first building in London to be listed as an Asset of Community Value under the Localism Act 2011, which allowed the community to bid for it collectively. This bought them time to raise the funds. Through a mix of loan and grant finance, they raised nearly £1 million and in March 2013 finally bought it. Filmmaker Sarah was there to film the moment when the campaigners announced the good news to the community.

On Sunday as she filmed the penultimate minutes of her documentary, she recreated this moment of when the community prevailed and created something collectively. “There was an image of mass assembly and I wanted to reconnect with that moment of joy and triumph,” said Sarah.

Her documentary tracks the pub’s victory, from its closure all the way to its transformation into London’s first community owned pub. “The pub is important as it connects people from every social group. It’s this idea that in cities, pubs allow you to meet people from all backgrounds and all ages. This is socially important, we need these spaces,” said Sarah. Public House will be released to cinemas by the end of this year.

Southwark NewsHistoryGoing back to your roots