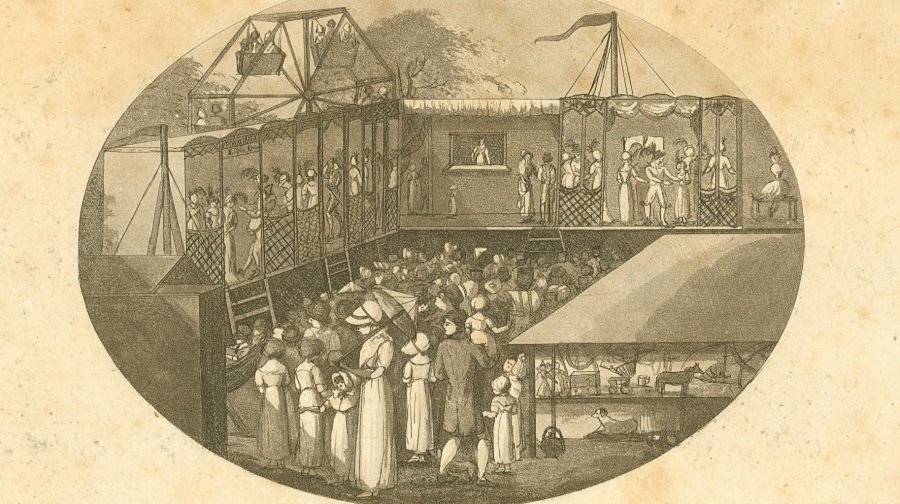 A heritage project will explore the history of the original Camberwell Fair which ran for almost 600 years until it was shut down in 1855 because of “immoral and riotous behaviour”.

The fair held on Camberwell Green, which dates back to 1279, was once a place where people came together to trade goods, network, play games, and enjoy entertainment.

John Whelan, who is leading the Rare Doings at Camberwell Fair project which will research the heritage of the popular event, said it was the one time of the year when people would come together and really enjoy themselves. “This was a time before we had theatre and the fair was people’s escape,” he told the News.

“It was a time before television so it was a place people would play things like skittles, and you would get food like suckling pigs or horse chestnuts which would be over a fire.

“Traditionally it would be a space where people might exchange some sheep or show their best cow; it was a place to trade, a place to party and enjoy yourself, and a place to see people from around the community who you wouldn’t see at any other time of the year because people lived in small communities in little hamlets.

“By the time the fair ended in 1855 there would have been fortune tellers and those kinds of things – it would have evolved and changed as society changed.”

It is believed the fair originally ran for three weeks from August 9, ending on September 1 – the feast day of St Giles, the parish church of Camberwell. Eventually the fair only lasted for three days and, following a number of attempts to shut the fair down after middle class people moved into the area, it finally ended in 1855.

“The rich people moved into the area and they saw it as immoral,” explained John.

“It was a case of people saying ‘Not in our back yard – we’ve got these nice Victorian villas and then we’ve got these working class people having this fair and it’s not right these debaucherous people should have this fun’.

“Camberwell Fair returned in its modern form in 2015 and will be held at Camberwell Green on September 1 this year.

John is looking for ten volunteers from the community interested in researching the history of the fair for The Rare Doings at Camberwell Fair project, which has been awarded £9,900 from the Heritage Lottery Fund.

Working with the Cuming Museum and Southwark Local History Library and Archive, the volunteers will use archives, artefacts and research to create art works and interpretations based on the heritage of the fair to be displayed at the event on September 1.

One of the artefacts in the Cuming Museum collection is a glass toy bought by the Cuming family when they visited the fair in 1839.

It is a typical souvenir of the time and was one of the many items successfully rescued from the museum space during the fire at Walworth Town Hall in 2013.

John, who is a director of People’s Company theatre group, based at Southwark Playhouse, is also organising an animated history tour for this year’s fair.

Anyone interested in becoming a volunteer for the heritage project is asked to contact John Whelan by emailing: whelanjohnwalworth@gmail.com