Herne Hill: Recording the names, lives and deaths of every serviceman and civilian who died during World War One 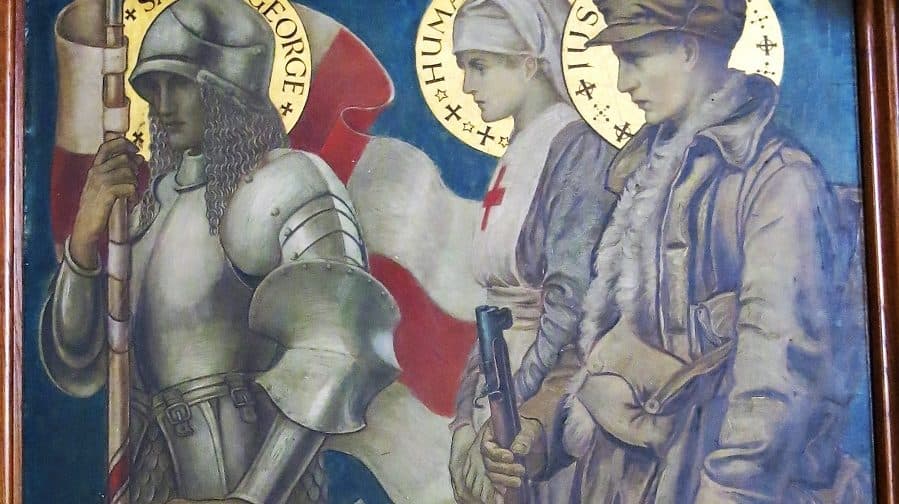 As many as 700 people from Herne Hill died in the First World War, but until now their names have not been recorded in one place.

In a Heritage Lottery funded project, the Herne Hill Society is working in partnership with The Charter School North Dulwich and local volunteers to record the names, lives and deaths of every serviceman and civilian who died during World War One.

Although Herne Hill has several community memorials – including memorials at St Paul’s Church, St Savour’s and on Rosendale Road’s Peabody Estate – there is no central civic monument to commemorate all its war dead and the total number of casualties is not known. Some memorials are now lost, such as one on the side of the former St Jude’s Church on Dulwich Road.

Across London it is estimated that around 100,000 people died and 230,000 were wounded. According to the Herne Hill Society, it is generally believed that around 500 people from Herne Hill died as war casualties at home or abroad.

So far, volunteers have already unearthed details about the lives and deaths of 350 casualties in Herne Hill. Volunteers say the true number of deaths in the community could be as high as 700.

More than a dozen who died were eighteen, several seventeen and at least one boy, Harold Fowler, from 19 Ardbeg Road, lost his life at just sixteen. The casualties include Louisa Tearle, from 88 Railton Road. She was a stewardess on the RMS Falaba when it was torpedoed and sunk by U-28 in March 1915. More than 100 passengers and crew, including Louisa, were killed.

Another victim was Fred Lucas, a Staff Sergeant in the Royal Garrison Artillery when he was killed at the Somme in July 1916. He left a widow and five little children at 45 Kemerton Road.

While Private Edward Beresford of 88 Frankfurt Road, died after the armistice. He served in the Expeditionary Force sent to what is today Iraq and died of sickness in June 1920.

The memorial website will be launched on the centenary of the armistice, on November 11. On Sunday at 11am, exactly one hundred years after the guns fell silent, a minute’s silence will be held at Herne Hill station.

Dulwich and West Norwood MP Helen Hayes said: “The need for remembrance is growing with the passing of the generation who lived through the First World War, and there is no more effective way to bring remembrance to life than to help young people to understand and imagine what happened during the war to people living in their own neighbourhood.”

Southwark NewsHistoryHerne Hill: Recording the names, lives and deaths of every serviceman and civilian who died during World War One