"Theirs was a perilous journey, taking the matron through gaps in the walls of fire, along burning streets, and getting stuck in a flooded bomb crater." 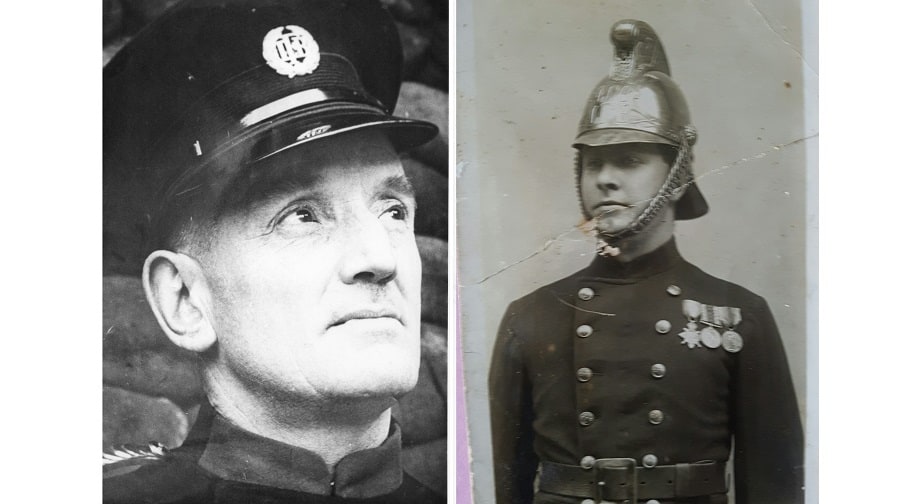 On the day the Luftwaffe first paid visit to London in 1940, it was thanks to the gallantry of local firefighters that dozens of lives were spared from an inferno at Surrey Docks.

Air-raid sirens sounded over London at 5pm on September 7, ushering in the first night of the Blitz.

An old receiving station for smallpox sufferers, on the current site of Surrey Docks Farm, was one of the first to be targeted.

Though the sirens were an all-too-familiar sound for Londoners, from the many drills held in preparation, that evening brought an experience all of its own.

The centre, then a collection of brick buildings and wooden shelters set up in 1883, was said to have been half-destroyed by the blaze that was still being fought the following day.

Incredibly, there were no casualties from the falling carpet bombs.

Only one porter endured a “burnt nose” and one stoker suffering with asthma went to hospital for an extended period with smoke inhalation.

There are records to hand that tell the stories of eight of the firefighters who were commended for their heroism.

Richard Ashton – later awarded a British Empire medal – was in charge of a fire boat towing a barge with 50 passengers from South Wharf.

This was no easy task, with bombs still falling and the Thames littered with unmanned barges drifting uncontrolled after their mooring ropes had burned away.

Ashton and a colleague successfully navigated between them, disembarking his petrified passengers to safety upriver at Nelson’s Dry Dock.

Harold Barrett was in charge of the crew that evacuated the staff and nurses from the Receiving Station via the Pier, and transported them by boat across the river to Millwall, on the Isle of Dogs.

Third, was Timothy Muir, who risked his life entering the burning receiving station to rescue a matron trapped inside.

Theirs was a perilous journey, taking the matron through gaps in the walls of fire, along burning streets, and getting stuck in a flooded bomb crater. Muir earned the prestigious George Medal for his part in this rescue.

Germander Speedwell, a heritage researcher at Surrey Docks Farm, told the News she is searching for locals who could help her track down more information about the other five, as well as the other professional firemen and auxiliaries who helped that day.

Another of the famous eight, James Bowtell, was the colleague working beside Ashton to navigate the 50 lives across the river to safety while weaving between the burning barges. The 43-year-old Peckham man also earned a Commendation.

Nathaniel Barnes was a 50 year-old machinist then living in Waterloo, who after helping with the evacuation of staff across the river by police boat, volunteered to submerge himself underwater to cut away a rope that was tangled in the propeller.  Thanks to him, the boat was able to continue its rescue work. Records show he was recommended for an award, but did not receive one.

Hearing that nurses were trapped in the South Wharf, 26-year-old Frederick Meeks from the Amos Estate in Rotherhithe set off alone to try and help.

In a small boat he steered between burning barges, but was carried back downstream by the tide. Meeks received a Commendation for his effort, having continued to help with firefighting all night and the following day “with cheerfulness and indifference to danger”.

Another British Empire medal was awarded to mechanic William Petley, 59, for proactively helping with the fire-fighting, evacuations and rescues of staff and local residents.

Lastly, Samuel Melvin, a 44-year-old driver working as an auxiliary, wasn’t even supposed to be on duty that day, but came to help when he heard Surrey Docks was under attack.

He was awarded the George Medal, after he and Muir rescued a matron from the burning site and got her to safety, after a perilous journey through burning streets with three different vehicles and a misadventure with a flooded bomb crater.

Information is also sought on the matron, Sister Annie E Hope. She was the last to flee down the pier seeking escape by boat, only for an incendiary bomb to land on the pier ahead of her, forcing her to turn back. She was rescued later by road, and said she owed her life to Melvin and Muir who risked their own lives to return to the burning site for her.

Visit: www.surreydocksfarm.org.uk/piecing-together-past to find out more about the Surrey Docks Farm research project.

If anyone remembers any of the men listed above, please get in touch with us directly – the email address and phone number are at the bottom of this page: http://www.surreydocksfarm.org.uk/piecing-together-past/

We’d also be delighted to hear from anyone who has any memories of the South Wharf site in the early 20th century, including wartime and after, when it was a river fire station for many years.

Germander, Project Co-ordinator, Piecing Together Our Past