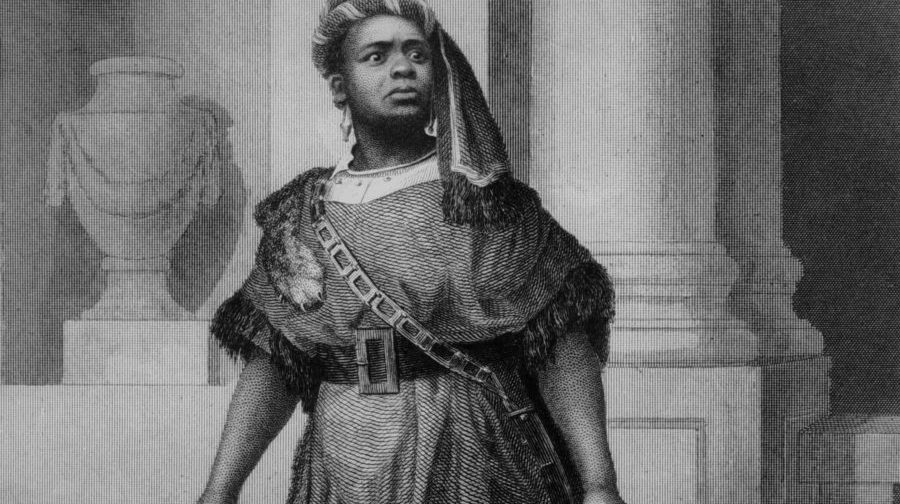 Ira Aldridge was one of the most celebrated actors of the Victorian era. A distinguished African American tragedian, Ira had made his first London stage appearance in 1825 at the Royal Coburg Theatre, now known as the Old Vic, in Waterloo Road.

He also appeared as Shakespeare’s Othello at the Surrey Theatre in 1833. The Surrey Theatre was situated at the opening of Blackfriars Road at St George’s Circus near the Elephant and Castle. In the Victorian era, from the 1830s to the 1860s, Ira was one of Britain’s most popular and respected stage actors.

His acting career spanned an awesome four decades. Born in New York City in 1807,  Aldridge was not able to find work as an actor in America. Instead he travelled to Liverpool as a ship’s steward and made his first stage appearance in Britain in 1825. However, a number of racist newspaper reports made it impossible for him to continue his acting career in London, so he worked a great deal in the provinces.

Aldridge returned to London in 1833 to play Shakespeare’s Othello at the Theatre Royal in Covent Garden and afterwards he accepted an offer for an engagement at the Surrey Theatre. This was situated at the opening of Blackfriars Road at St George’s Circus. The Oblelisk, a famous landmark, had been erected at St George’s Circus in 1771. The Surrey Theatre became the most famous and longest-surviving theatres of the many 19th century theatres and music halls in Southwark. It was demolished in 1934 to make way for an extension of the Royal Eye Hospital. More recently this has been demolished to make way for a student hostel.

Aldridge made his first appearance at the Surrey Theatre as Othello on 22 April 1833. A Surrey Theatre playbill from May 1833 has survived and advertises Aldridge in a selection of scenes from the following plays: The Revenge, The Merchant of Venice (as Shylock), The Padlock and The Castle Spectre.

Aldridge returned to the Surrey Theatre in 1848 for a second engagement, but this time the London theatre critics were kinder to him. For example, The Times newspaper acclaimed his performance as Othello as ‘finely conceived and executed with great dramatic effect.’

On his visits to Russia in 1858 and 1862 he gave less theatrical and more naturalistic acting performances, especially in the plays of Shakespeare. One Russian critic commented that, after seeing Aldridge as Othello, it was impossible to see a white actor in blackface in the role.

Aldridge returned to London in triumph but in his homeland, an estimated three million African Americans were enslaved until the end of the Civil War in 1865.

In England the Anti-Slavery Society referred to Aldridge’s majestic appearances on stage as significant contributions to the struggle for the abolition of slavery. With his wealth, Aldridge contributed to many fund-raising campaigns to end slavery in America.

In 1863 he was granted British citizenship and two years later he played Othello again in an acclaimed production at London’s Haymarket Theatre. He died, while on tour, in the Polish town of Lodz on August 7, 1867, aged sixty.

His daughter Amanda, born in Penge, south east London, in 1866, was proud of her father’s achievements even though she never knew him. By the 1920s she had become a highly respected voice teacher in London.

In 2004, Ira Aldridge was honoured at the Old Vic Theatre with the unveiling of a print of him as Aaron in Shakespeare’s Titus Andronicus – donated by the National Portrait Gallery.