We recount how Sir Thomas Stevenson, an expert in poisons, gave evidence to catch some of the Victorian era's most notorious killers 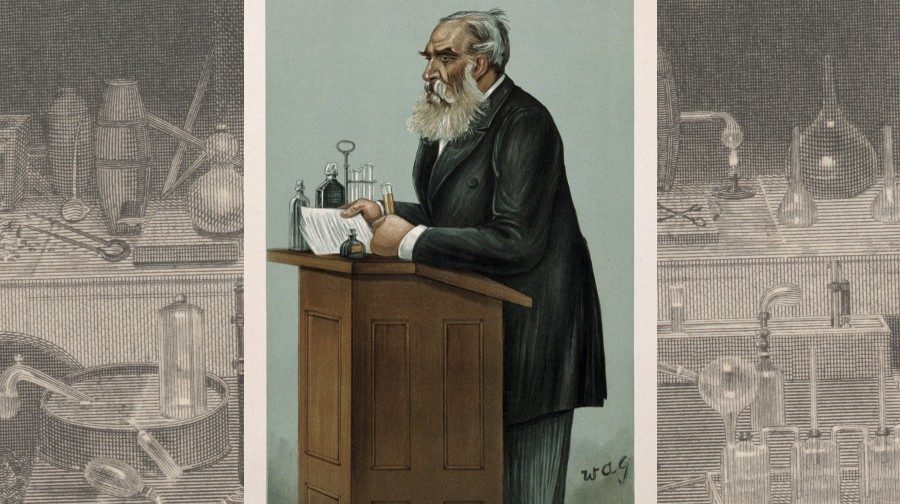 His name is little known today – but his evidence was crucial to deciding some of the Victorian era’s most high-profile poisoning cases.

New toxic substances became freshly available in the Victorian era, and the public became consumed with panic about grisly cases where poisons were used to kill unsuspecting victims.

But one man, Sir Thomas Stevenson, pioneered the use of forensic toxicology, the technique now often seen on detective shows, to catch the guilty and clear the innocent.

Born to a well-connected farming family in Rainton, Yorkshire, in 1838 Stevenson was apprenticed to a Bradford doctor before starting his studies at Guy’s Hospital in 1859.

Here he excelled. He won medals for his talents in anatomy, forensic medicine and organic chemistry.

Little wonder then that he would then become a lecturer, succeeding the renowned Alfred Swaine Taylor, one of the world’s first lecturers of forensic medicine.

But it was his role in nailing the prosecution of some of the era’s most brutal killers – including several in south London – that gained him recognition.

In response to the ‘poison panic’ gripping the headlines, the Home Office created a new role of scientific analyst, with the view of getting expert testimony to bolster the quality of evidence in court.

Stevenson took the role up in 1872 – making him involved in the most notorious poisonings of the day. 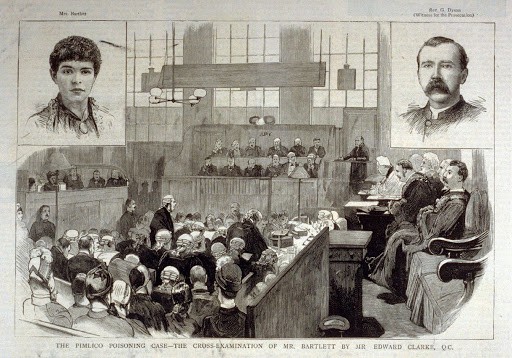 Among them was the Pimlico mystery. Adelaide Blanche Bartlett was accused of murdering her older wealthy greengrocer husband with a large quantity of chloroform.

But there was a mystery: nobody could say how it got into Thomas Bartlett’s stomach. Did Adelaide slip it into a drink? Did he take it himself?

Under tests, Stevenson discovered that there was no presence of chloroform in Bartlett’s windpipe. This, he said, suggested that Bartlett could have drank it himself, as it would have been rapidly consumed.

He “stated that he knew of no recorded case of murder by administering liquid chloroform,” report contemporaries.

“The difficulty of pouring the poison down the throat of an unconscious person would make him fear pouring it down the windpipe.”

Based partly on this evidence, Adelaide was cleared. When the jury returned to court after considering its verdict the foreman said: “although we think grave suspicion is attached to the prisoner, we do not think there is sufficient evidence to show how or by whom the chloroform was administered.”

The gallery is said to have erupted into spontaneous applause. 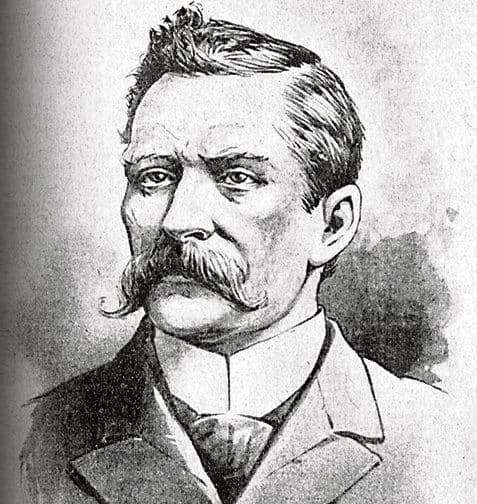 Another of the high-profile cases that made Stevenson’s name is testifying against Thomas Neill Cream, otherwise known as the Lambeth poisoner.

Cream killed multiple people across America and London, before being sentenced to death. Among his victims were sex workers in Lambeth.

Another of the high-profile grisly cases was that of the Borough poisoner, the Polish serial killer George Chapman.

Chapman – remembered now as a potential Jack the Ripper suspect, though there is precious little evidence for this – poisoned three women before his trial in 1903.

Crowds packed out the courtroom and every paper in Britain and the colonies covered it. One round of feverish headlines quoted a police chief inspector Abberline, who had said on the record he suspected Chapman may have been the missing Jack the Ripper.

Chapman spoke only to say the words “not guilty” and was convicted for three counts of murder on March 19.

It was partly on the evidence of Stevenson, who identified the poison, that a guilty verdict was returned. 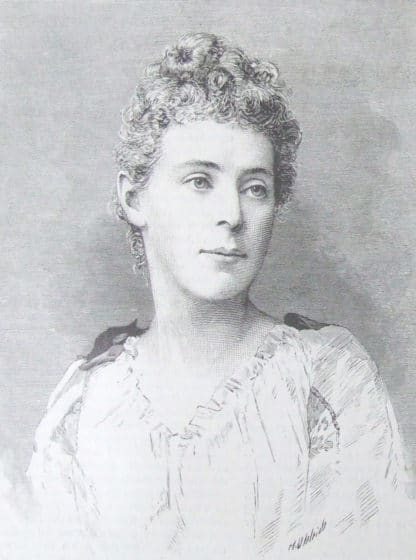 And in yet a third case, Stevenson played a leading role as the expert witness for the prosecution. James Maybrick died in 1889, having taken ill after self-administered strychnine.

Suspicious, his family had his body examined, which found traces of arsenic – but not enough to conclusively prove a fatal dose.

Suspicion fell on his wife, Florence Maybrick. Throughout all of his cases, Stevenson earned a reputation as a “admirable witness, his evidence being so accurately and carefully prepared that cross-examination strengthened rather than weakened its effect.”

But it is here that his evidence was most disputed. Florence was considered by many newspapers not to have committed the crime for which she was accused, poisoning her husband using flypaper soaked in a bowl of water.

Stevenson testified that, “I have no doubts that this man died from the effects of arsenic.” When asked how much arsenic would be needed to kill a man, he replied: “Two grains or thereabouts.”

The defence contended that only 0.091 grains of arsenic were found in Maybrick’s body – and that in any case, he had been known to self-prescribe medicines containing poisons.

The defence case did not stop Florence from being convicted of the crime and sentenced to death. But after a public uproar, the sentence was commuted to life imprisonment.

“The evidence clearly establishes that Mrs Maybrick administered poison to her husband with intent to murder,” said the Home Secretary at the time.

“But that there is ground for reasonable doubt whether the arsenic so administered was in fact the cause of his death.”

Stevenson, the prosecution star witness, was knighted in 1904, and died four years later of diabetes at his home in Streatham High Road. He is buried at West Norwood Cemetery.

Barbara Steveni: should 'the most important artist nobody's heard of' get a Southwark blue plaque?

Barbara Steveni: should 'the most important artist nobody's heard of' get a Southwark blue plaque?