Horniman Museum: one man’s dream to educate and give generously to others

The Horniman Museum began life in 1890 when Frederick Horniman opened his home to the public, and the current museum building was officially opened in 1901 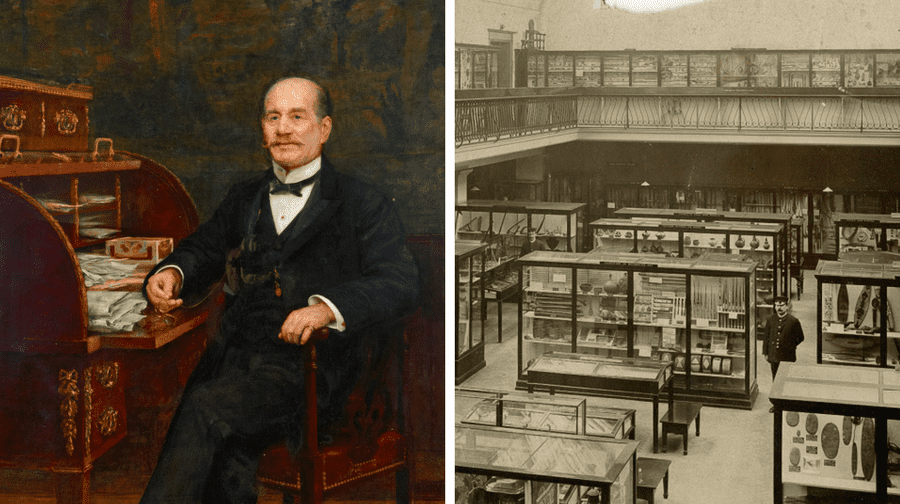 The Horniman Museum and Gardens was born out of one man’s desire to educate and give generously to the community.

Frederick John Horniman (1835-1906) began collecting objects, specimens and artefacts to do with natural history as a young boy and continued to do so into his adult years.

The Victorian tea trader and philanthropist, whose family owned Horniman Tea Company, wanted to share his collection with the public and show them things they might never see from all over the world.

Part of his home in London Road, Forest Hill, which became known as Surrey House Museum, was opened to the general public on December 24, 1890, and as time went on he opened up more and more.

Picture of the Horniman Museum opening ceremony on June 29, 1901

Arrangements were made so that schools, societies and clubs could visit and every visitor was supplied with a free hand guide catalogue to help them examine and interpret the objects on display.

“Obviously it was a hugely generous thing, him wanting to open his house to the public – and the museum,” said Horniman Museum chief executive Janet Vitmayer CBE.

“He had a Quaker upbringing which we think helped shape his concern for the poor and for education.

“He had that desire to share and educate and give people opportunity.”

Horniman was dedicated to making sure local people could visit and view his collection, and even opened especially on Wednesday afternoons so the shop girls in Forest Hill could look around, Ms Vitmayer explained.

“There’s a nice quote about him saying he wanted to give those whose circumstances had prevented them from visiting distant lands the opportunity to see the wonderful things that he had seen,” said Ms Vitmayer.

“There were quite a lot of newspaper articles about Frederick while he was alive and the City Leader in 1895 described him as a ‘light-hearted and generous man’.”

In 1893, Horniman built an extension onto the museum to accommodate the growing collection, and the adjoining gardens were officially opened to the public on June 1, 1895.

In 1898, he decided to pay for a purpose-built museum to house his collections. The old museum was closed on January 29, 1898, and demolished in the May.

When the new museum building was completed, Horniman donated the museum, collections and adjoining grounds as a free gift to the people.

The Horniman Museum and Gardens story continues today as it prepares to open its World Gallery in 2018 – a £3.3million Heritage Lottery Fund-supported project.

The gallery will provide an anthropology display exploring ‘what it means to be human’ with more than 3,000 objects telling stories from ancient cultures to the present day.

“We have some extraordinary material and the World Gallery is very much a reflection of that for people to see things they probably will never see,” said Ms Vitmayer.

The Horniman has launched a crowdfunding campaign to support the project and get the public involved.

Southwark NewsHistoryHorniman Museum: one man’s dream to educate and give generously to others