One hundred and fifty years later, did today's indigenous team avenge the 1866 defeat? 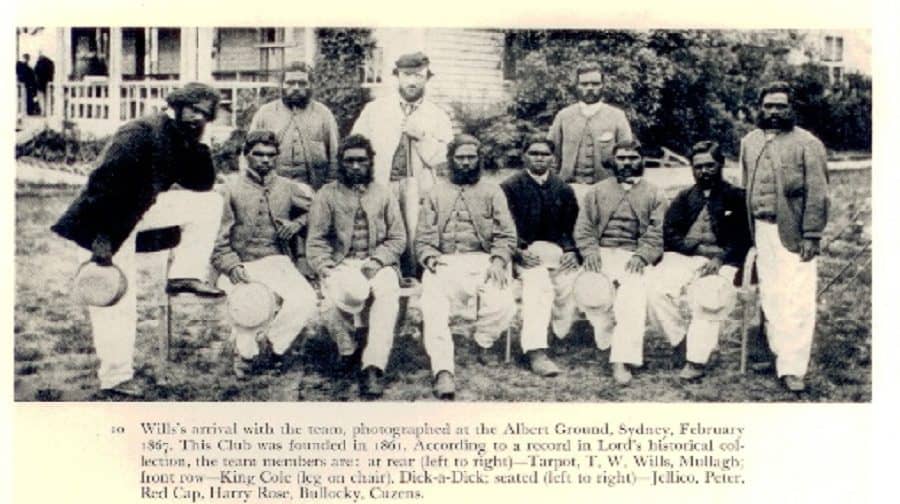 On Thursday, June 7, 2018, Australia’s leading indigenous cricketers competed against the Surrey XI at the Oval.

The T20 game was a special one, held 150 years after Australia’s first team formed of Indigenous Australians came to England on a historic visit as part of the country’s first ever international sports tour –  a landmark event in Australia’s sporting and cricketing history.

Colonial-era settlers had brought their love of the sport to the country, with clubs first being established in cities from the 1850s onwards in towns across the country.

The original Aboriginal team was made up of stockmen and station hands who learned to play on the cattle stations where they worked.

All thirteen were from the Western District of Victoria, and were members of three Aboriginal groups – the Jardwadjali, Gunditjmara and Wotjobaluk.

After successful games against other Australian teams drawing big crowds, the idea of a foreign tour was mooted and gathered momentum.

With coaching from Charles Lawrence, an ex-all England player, who raised the funds for travel, the team arrived in England in May, 1868.

Until October the same year, they played 47 matches against amateur teams, winning fourteen, losing fourteen, and drawing nineteen, and surprising commentators with their obvious talent.

The players began their visit to the UK with an innings defeat to Surrey at the Oval on May 25, 1868. A drawing of the Aboriginal first team from 1866

They returned twice more to the Oval with a drawn match in September and a nine-wicket defeat in October, the final match of the tour.

Their visits drew 20,000 spectators, who also saw them take part in ‘traditional’ Aboriginal sports and skills like boomerang and spear throwing.

The stand-out performer was Unaarrimin, a Wotjobaluk man who also went by the name of Johnny Mullagh.

The all-rounder scored 1698 runs; bowled 1877 overs, 831 of which were maidens; and took 245 wickets. He also achieved four stumpings while playing as wicket-keeper.

His team mate Ungunjinanuke, also known as ‘Dick a Dick’, entertained the audience by using his club and shield to dodge cricket balls hurled at him by volunteers.

The tour became a talking point for the press and public in race relations and the ‘civilising role’ of sports like cricket across the British Empire.

The Times described the Aboriginal players as ‘the conquered natives of a convict colony’, and a ‘travestie upon cricketing at Lords’.

After returning to Australia most returned back to their working lives. Just a year later, new legislation forced Australia’s indigenous people into reserves which they needed written permission to leave.

Unaarriminm, however, continued to play cricket and represented Victoria against a touring England side in 1879, top scoring with 36 in the second innings and today, a Johnny Mullagh memorial trophy is named in his honour, and the Johnny Mullagh Cricket Centre in Harrow, Victoria.

This year’s tour saw thirteen male players proudly represent each of the pioneering cricketers from 1868, displaying their names on the back of their kit.

In the run up to 2018’s match, Surrey chief executive Richard Gould said: “The opportunity to host this special touring side and pay tribute to one of the great days in the history of our ground, on the 150th anniversary of the first tour, is really exciting.”

And, on the day itself, one hundred and fifty years after the first tour, the Aboriginal XI finally avenged their 1868 defeat – winning by five runs in the T20 game.