Ice cream, pie ‘n’ mash and heartache during the war – the history of Italians in Southwark 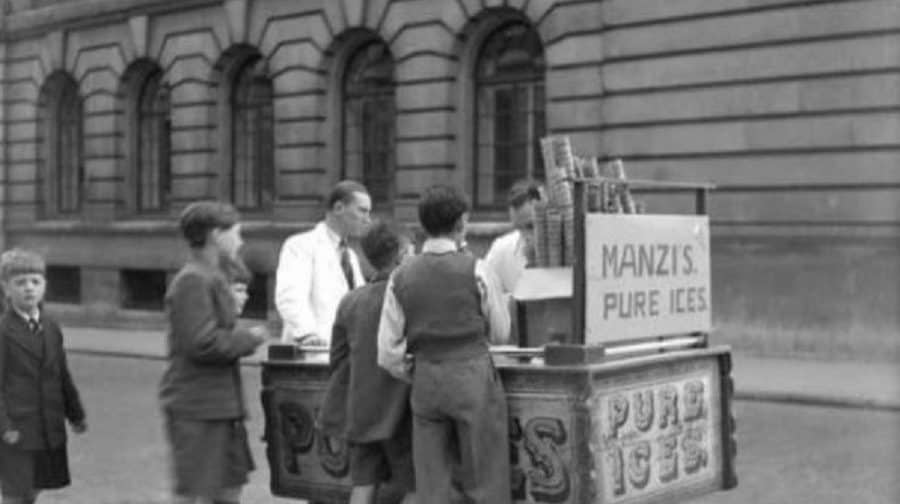 Most Londoners have heard about the ‘Little Italys’ in Clerkenwell or Soho, but did you know that while the centre of the Italian community still existed north of the river, in the latter stages of the 19th century, there was a noticeable shift southward with many Italians setting up home in Southwark,  writes Neil Crossfield…

There had been a small Italian presence in London for many years, but more significant waves of migration had occurred from the 1820s, which continued to grow throughout the 19th century. The reasons why people left Italy were numerous, but poverty was a great driver for many. Britain was not the only destination, as many Italians sought a better standard of living and new opportunities in North and South America, throughout Europe and even in Australia.

Yet by 1901 it was estimated that around 20,000 people born in Italy were living in England and Wales, with approximately half of these living in London. Slum clearances, road building projects and overcrowding in the later part of the 19th century in Clerkenwell’s ‘Little Italy’ meant that many Italians began to move to different areas of London as well as to other parts of the UK.

Many made the move South and set up home in Lambeth and Southwark, where they may have found cheaper rents and far more opportunities.

Peckham had a significant Italian population around 1900, especially in the area around Green Hundred Road. The famous camera maker, Louis Gandolfi, had set up shop at 252 Old Kent Road in 1893 but just a few hundred yards away, in Bexley Place, other compatriots lived a far more difficult life.

This road is marked in dark blue on Charles Booth’s poverty map, indicating that people living there had a ‘the very poor, hand to mouth existence, living in a chronic state of want’. George Arkell, one of Booth’s inspectors, wrote that many of the Italians were hawkers of ice cream in the summer and of baked potatoes in the winter.

A study of the 1901 census, shows that of the fourteen houses on this street, nine of them were inhabited by those who were born in Italy. Likewise, another ‘Italian colony’ was noted by Arkell, located in Rye Dwellings, near Peckham Rye. Police Constable ‘Taffy Jones’ who had escorted Arkell described this as ‘one of the worst blocks in London’.

While at first many of these families conformed to the stereotypical image of the sale of ice cream or street hawking it was not long before they progressed to establish flourishing businesses which became much-loved features of Southwark life.

Giuseppe Manze had arrived in London, from Ravello on the Amalfi coast in the 1870s, first living in Clerkenwell before moving south by 1891 to an address in Bermondsey New Road. According to the 1901 census, he and his now large family were living in East Street, Walworth, and his occupation is shown as an ice cream vendor.

Just one year later, one of his sons Michele, now married to an English woman, had left the ice cream business, and opened the now famous M. Manze pie and eel shop at 87 Tower Bridge Road.

However, this was not the only Italian family to become a household name in south London. Many people will have great memories of Roffo’s, Ferraro’s and Rossi’s ice cream shops or of Italian-run cafes and a whole range of other successful businesses from hairdressers to fruiterers and greengrocers.

Within a couple of generations, the children of these Italians had begun to fully integrate into the communities they lived in and became just as much south Londoners as they were Italians.

Yet although it is widely accepted that the story of Italians in London is one of successful immigration, this does not mean that this was without its difficulties. The earlier groups faced much racism and discrimination, but perhaps the darkest days were around the Second World War when overnight, many respected figures in the community were deemed to be enemy aliens.

Men were sent to internment camps on the Isle of Man, while shops and businesses were attacked in anti-Italian rioting. Yet despite these terrible times, many people of Italian descent remained in Southwark and rebuilt their lives and businesses after the war.

The story of the Italians in Southwark is both interesting and complex. This is not a simple tale to tell as there are many facets to the narrative, yet it is certainly deserving of further study. To start addressing this, the Walworth Society is about to embark on a project researching the history of the Italian families who made their home in SE17. It will look at both the challenges they faced as well as the significant positive impact that many made on the community.

If you are of Italian heritage and your family lived in Walworth, we would love to hear from you. Many of these stories have not been told before and we hope that this research will go some way to rectify this.

The ongoing COVID situation means it is difficult to plan but it is hoped that at some time in the future an event or exhibition may be put on to display the research the group is doing.

If you think you may be able to help or even if you just want to kept informed on what we are planning please contact the Walworth Society at www.walworthsociety.co.uk or neilcrossfield40@hotmail.com

Southwark NewsHistoryIce cream, pie ‘n’ mash and heartache during the war – the history of Italians in Southwark