International Women’s Day: A look back at pioneering Southwark women

Today marks International Women’s Day – the annual worldwide event celebrating how far women have come in society, politics and economics over the years, while also continuing to call for gender parity. The day has been observed since the early 1900s and can be traced back to 1908 when 15,000 women marched through New York ... 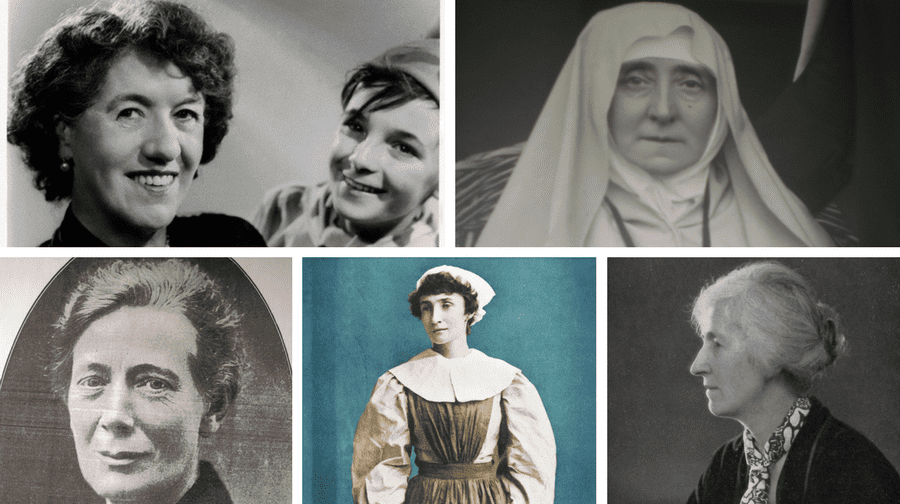 Today marks International Women’s Day – the annual worldwide event celebrating how far women have come in society, politics and economics over the years, while also continuing to call for gender parity.

The day has been observed since the early 1900s and can be traced back to 1908 when 15,000 women marched through New York City demanding voting rights and better pay and working hours.

In 1910, Clara Zetkin – leader of the women’s office for the Social Democratic Party in Germany – tabled the idea of an International Women’s Day.

It was celebrated for the first time in Austria, Denmark, Germany and Switzerland the following year on March 19.

It was later proposed the date be moved to March 8 and it has been marked on this day ever since.

2018 also marks 100 years since some women – those aged over 30 who owned property – were given the right to vote in the UK.

To commemorate International Women’s Day, the News has taken a look at some of the work of pioneering women in Southwark…

Mary saw the need of the sick poor and in particular the lonely and dying people in Southwark when she was young.

She founded the Little Company of Mary in Nottingham in 1877, and asked her sisters to constantly pray for the dying and care for the dying. They still do this today.

Ada was born in Northamptonshire in 1866 but it was when she moved to Bermondsey at the age of 31 that she made a name for herself.

She insisted on living among the poor in Southwark’s slums and was a key figure in the Bermondsey Uprising which saw thousands of women march against appalling pay and working conditions in Bermondsey’s and Rotherhithe’s factories.

Ada was also known for her beautification campaign which saw her plant thousands of trees and bring parks and playgrounds to the streets of Bermondsey.

Octavia Hill, born in Cambridgeshire in 1838, is probably best known for co-founding the National Trust with Robert Hunter and Hardwicke Rawnsley.

During her lifetime, Octavia was also a driving force in developing social housing, including in Southwark, and formed the Horace Street Trust which became a model for many other housing associations.

In 1859, Octavia also created the Southwark detachment of the Army Cadet Force.

There is a blue plaque in recognition of Octavia’s work in Red Cross Garden, in Borough.

Enid Blyton was born in East Dulwich in August 1897 before her family later moved to Beckenham, in Kent.

She was a popular children’s author best remembered today for Noddy, Famous Five, and Secret Seven.

Her first book, Child Whispers, a slim volume of poetry, was published in 1922, and in 1925 her first full-length novel, The Enid Blyton Book of Bunnies, was published. Altogether, Enid Blyton is believed to have written around 700 books, as well as magazines, articles and poems.

Dame Grace Kimmins, born in Sussex in 1870, is probably best known for Chailey Heritage – a special school set up in Sussex in 1903 for physically disabled children.

But a large part of her early work was spent at the Bermondsey Settlement, run by the Reverend John Scott Lidgett, which changed the lives of many living in the area’s slums in the late 1800s and early 1900s. Despite meeting her husband Charles Kimmins and later moving to Chailey, Dame Grace’s work in Bermondsey spanned 40 years.

Born in Rotherhithe, Eveline Lowe became a leading educationalist and in 1939 became the first woman to rule London as the elected chair of the London County Council.

She was also instrumental in the Bermondsey Uprising which saw thousands of factory workers strike over poor pay and working conditions.

From 1908, Eveline and Ada Salter went round the factories in the area to see if they could get the workers to join the National Federation of Women Workers – Mary Macarthur’s women-only trade union.

She had the idea when she became lost while trying to find the homes of people she had been asked to paint. She was awarded an MBE for her work and died of cancer at the age of 89 on in August 1996.

A blue plaque sits outside the house where she was born in Court Lane Gardens in recognition of her work.

Jeannette Wilkinson was a trade unionist and suffragist born March 1841 in Long Lane, Bermondsey, although little is written about her.

She is believed to have been elected as secretary of the London Upholsteresses’ Society, affiliated to the Women’s Protective and Provident League, in 1875.

She is said to have represented her union at nine conferences of the Trades Union Congress (TUC), where she made numerous speeches on working conditions for women.