Father to Austen and Neville, Joseph was at the forefront of British history for better part of seventy years through his belief that cities should have the power to make momentous decisions 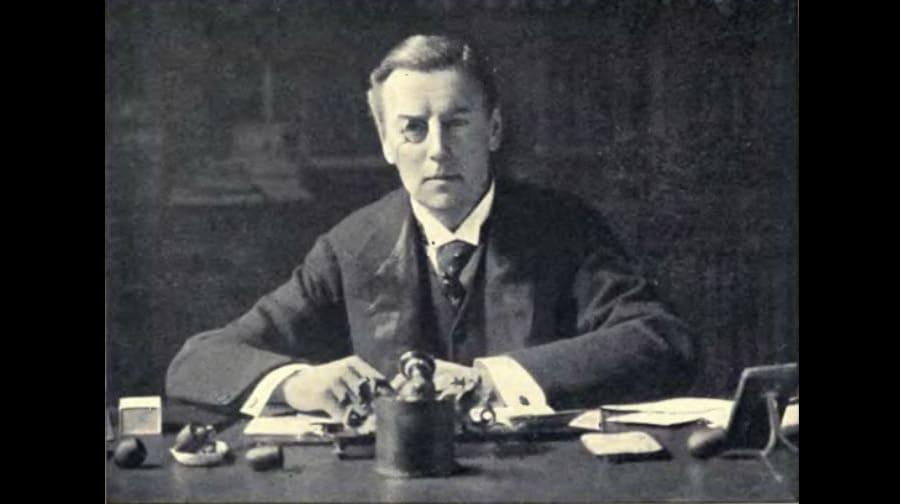 Affectionately nicknamed Our Joe by the Victorian public and more recently named by Prime Minister Theresa May as an inspiration for leadership (and possibly Brexit), Joseph Chamberlain was born in Camberwell as the son to a successful shoe manufacturer, and was the 19th century leader who made Birmingham boom and invested heavily in the British Empire, writes Alex Yeates…

Father to Austen and Neville, Joseph was at the forefront of British history for better part of seventy years through his belief that cities should have the power to make momentous decisions, and that trade was the best way to spread wealth. A belief grounded in the idea that an industrial strategy must link to education and skills that serves the whole population and not just a few. A sentiment that later influenced his role as Colonial Secretary.

Joseph Chamberlain as Colonial Secretary and his foreign counterparts

At the start of his political career, Joseph led a successful three year term as the Liberal Mayor of Birmingham from 1873, starting ambitious projects aimed at improving all aspects of life for its citizens. These ranged from large-scale housing developments and free primary education, to a reliable supply of clean water from the Elan Valley.

Beyond his time as Birmingham’s Mayor, Joseph made attempts to be elected as a Member of Parliament. His first attempt in Sheffield in 1874, while still Mayor, was met with fierce opposition with accusations of republicanism and atheism being made against him – to the point that dead cats were thrown at him while he made speeches. He eventually came third.

His second attempt in 1876 was more successful in Birmingham running unopposed. Despite being a member of the Liberal Party, he was not, as others expected, an anti-Imperialist. As such he was fond of the idea of protecting British overseas interests but placed an emphasis on “justice in pursuit of those interests”.

(L-R) Joseph Chamberlain and his son, Austen, an grandson, Joseph

When he was elected to Westminster he had earned himself a reputation as a radical social reformer. His way of shaking up the status quo saw Queen Victoria view him as dangerous, and Lord Salisbury branding him the “Sicilian bandit”. He campaigned for social reform as a Liberal from 1884 before joining the Tories in coalition with the Liberal Unionist party in 1886. A move he did in part to try to transform the British Empire into an “efficient economic federation”.

By 1895, Joseph became Colonial Secretary after turning down senior government positions such as Chancellor of the Exchequer and Home Secretary. As head of the Colonial Office, Joseph earned international recognition. He set about expanding the empire in Africa, the Americas and Asia by restructuring trade and building better relations with settler colonies. His vision was to establish the empire as a “federation of Anglo-Saxon nations”.

When he took charge in July at the age of 59, he was expected to govern more than ten million square miles of territory and 450 million people. From the beginning he favoured investment in the tropics of Africa, the West Indies and other underdeveloped countries. A position that led to the press nicknaming him Joseph Africanus.

A lasting impact that Joseph had on the world, was his desire to treat tropical diseases that were being brought back to Britain by travellers and sailors. He therefore gave his support to Patrick Manson, who founded the world’s first medical facility dedicated to tropical medicine. The London School of Tropical Medicine, in Albert Dock Seamen’s Hospital, later became the Hospital for Tropical Diseases – which continues to treat patients today.