From Labourers to Lions, how Millwall was born

Club was formed by tinned food factory workers on the Isle of Dogs before moving to Greenwich, New Cross and the 'new' The Den 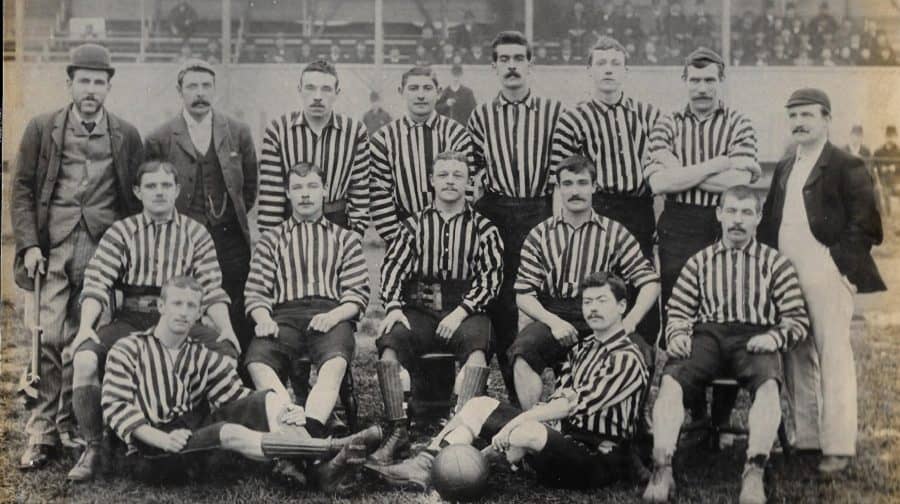 Millwall FC will forever be known as one of the quintessential working-class clubs of London’s industrial peak. But perhaps not all fans will know the Lions were originally raised north of the river. And even fewer would know that some of the old food factory labourers hailed from even further north – over the Scottish border.

According to Millwall historian David Sullivan, the club came from workers at the tinned-food factory of John Thomas Morton & Sons (which later became C&E Morton in 1912). Many of them had migrated down to the East End from the company’s original base in Aberdeen.

David, 70, from Clements Road in Bermondsey, said the Millwall lads formed in 1885, and played their first game in October of that year (a five nil defeat). They went on to turn pro in 1893.

The club moved between four different grounds around the Isle of Dogs and old Cubit Town during its early years.

One was behind the Lord Nelson Pub, which still stands on the corner of East Ferry Road and Manchester Road. Other old grounds were further along the East Ferry Road (once called Farm Road) and in Millwall Park, which continues with that name today.

Another pub on the Isle of Dogs called The George was used as Millwall’s headquarters from the early 1890s for nineteen or twenty years.

Among the club’s early proprietors were William Henderson, a Scotsman who was one of the Morton factory’s tin smiths.

“He was the mainstay who kept it all together. When they turned professional and became a limited company, he was one of the major shareholder,” said David.

Jasper Sexton was the club’s secretary whilst Henderson was big, and also worked at JT Morton & Sons.

But before 1860 the land was very rural. In fact the first sportsman to colonise that patch of land had actually been a cricket team, David said.

Millwall’s arrival came after The Isle of Dogs’ transformation, which is described in a new book ‘The History of the Port of London’ by Peter Stone.

It was in the late 1850s that oil merchant Nathaniel Fenner had the idea of building a T-shaped enclosed dock behind the Millwall Wharf, and co-founded the Millwall Freehold Land & Dock Company.

Peter quotes historian Millicent Rose, and writes: “The whole Isle of Dogs was given up to accommodating heavy industries that had replaced the old riverside crafts of Georgian Days, such as boatbuilding and the twisting of ropes by hand…

“In the new industrial town of Millwall, cables were manufactured by steam, out of Riga hemp and iron, of a weight suitable for use by the new iron ships… The old windmills disappeared from the river-bank.”

As the new industrial town continued to flourish, Millwall hopped across the river to an athletics ground in north Greenwich.

“They were [in Greenwich] from 1901 to 1910 until they moved to New Cross,” David said, referring to what is now remembered as The Old Den, in Cold Blow Lane.

“There was a game at Woolwich Arsenal where there was 16,000 fans. That’s when they decided to move, in 1910, and played their first game in New Cross against Brighton.

When Millwall turned pro in 1893, they were rejected from joining the Football League, because of a culture among established teams to generally shun the scrappy upstarts from joining, David said.

Millwall instead forged the new Southern League with their neighbours Woolwich Arsenal.

Although as it turned out, Arsenal didn’t need to stick around and instead “got elected” to join the Football League, David said. “They carried the torch so to speak” and The Southern League had its first season in 1894-95. Its early members were the likes of Luton Town, Ilford, Clacton and Northfleet and Gravesend. The Lions won the league the two following years.

Millwall eventually entered the Football League in 1920 in the creation of the third division with 22 other teams, which saw the end of the Southern League which the Lions had created.

millwall historypeter stonethe history of the port of LondonDavid Sullivan

Southwark NewsHistoryFrom Labourers to Lions, how Millwall was born