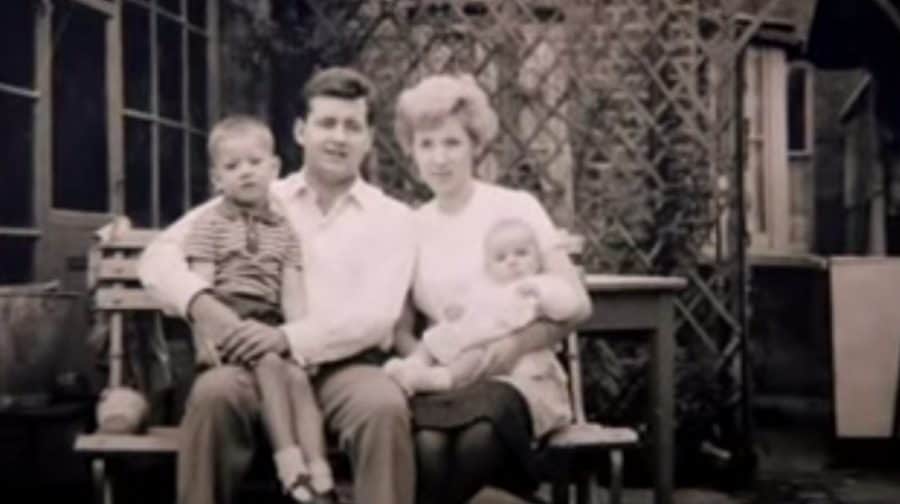 An image from the McClaren family album

Have you ever walked down the street where you live and wondered who walked in those same footsteps through those same front doors for generations before you? For residents living in Reverdy Road in Bermondsey, all their questions were answered when the BBC series ‘The Secret History of Our Streets’ came knocking.

Episodes from the 2012 documentary season looked at six London streets to see how they had changed since Charles Booth’s survey of London in 1886. The aristocratic West family had bought a huge plot of farmland in Bermondsey in the 1800s and built 790 houses on it in order to profit from London’s population boom at that time.

It was known as the West Estate and is comparable to the swathes of new builds we see in the borough by large property developers these days. The new homes built in yellow brick were described by Booth in his notebook after visiting the area in 1900. “Some are tenanted by one family but the majority by two,” he wrote. “Good gardens at the back. Railway men, engine drivers, police, and guards live here.” He added that the houses were seldom empty and hard to get – no change there then.

Booth’s colour-coded class map of London had Reverdy Road as pink – meaning ‘comfortable with good ordinary earnings’. One building in particular stands out in the road above all others, the large house at the end, which has been the home to the local GP since 1891. It has been home to Dr Max Gammon since 1979, who is proud of the long legacy of community medicine behind him. “I do believe it is the end of an era. I’m the last of a line. I’m very privileged to have been the last doctor to live in this house,” he said, estimating that the surgery had seen more than a million visitors over the years.

Dr George Cooper was the first resident in the house with his wife, eight children and a servant. Like Dr Salter to follow him, he was elected as MP for Bermondsey in 1906. Dr Gammon said one of his older patients when he first started still remembered Dr Cooper arriving in a horse-drawn carriage for visits in his top hat. In 1920 Alfred Salter embraced the role, considering himself a Christian missionary and believing being a GP in Bermondsey was his calling. He pioneered many radical health reforms, including the nation’s first solarium to treat tuberculosis.

Charles Booth, who met Dr Salter, wrote of him: “Mr Salter is above average, a cheery pleasant fellow whose visits are more likely to be welcomed and much more tactful than many of his brother missionaries.” In a socialist spirit patients only paid what they could afford when they visited the Reverdy Road surgery and those who could not afford anything would receive treatment free of charge. In addition Mr Salter made Reverdy Road and all of Bermondsey a green and pleasant land by leading a massive programme of tree-planting in the borough.

A photo from the McClaren family album

Dr Salter said of his 1,000-strong borough-wide orchard: “The trees not only add to the beauty of this neighbourhood, but the green matter of the leaves is purifying the atmosphere and helping to make Bermondsey a more healthy place.” Following Dr Salter’s death in 1945, Dr William Mumford took over. Originally intending to serve as a missionary in far off lands, he soon found that he was needed more than ever on his own doorstep. In a letter he wrote: “After I’d been in Bermondsey for two years I felt very much that this foreign work wasn’t the call after all. I felt increasingly that I wanted to be as good a Christian doctor as I could be working among ordinary people.”

The Reverdy Road surgery finally closed in 1994. As is well documented, Bermondsey was particularly badly hit during the blitz. In fact, the second bomb to fall in the bombardment of September 1940 was in Reverdy Road. Five houses in the street were destroyed in subsequent bombing raids. Dr Mumford estimated in his diary that: “The population of Bermondsey dropped from about 120,000 to 20,000 during the war, but we kept the practice going.”

Reverdy Road resident, Elsie Eaves remembered taking shelter in a local school when the school itself took a direct hit. “We were sheltering in the school and then suddenly they dropped a bomb on the school and then all we could see was sky,” she said. “All the debris had fallen on us and the man my mother was talking to was standing there dead. All my family stood up and there wasn’t a scratch on us and yet all the people were dead and pieces of bodies and that and all the debris all round us.”

Former Reverdy Road resident, Keith McClaren returned to the street for the documentary and saw the hole where the house he lived in as a baby once stood. When he was two years old his family home was bombed out. Though they were at home, mercifully no one was hurt and they simply moved over the road to number twelve to live with Keith’s grandparents. In the post-war era the Reverdy Road houses still had outdoor toilets and no bathrooms.

Resident, Linda Sage remembered a tin bath which hung on a hook in the garden, which would once a week be filled with hot water from all the saucepans they owned. Neighbour Mary Ripper said in her house they took it in turns to go in the tin bath in front of the fire and by the time the last person went in “the water was black.” New legislation requiring landlords to fit indoor bathrooms in all their properties forced the West family to sell their estate and in a shrewd move the Bermondsey Council bought the lot in 1960.

Thanks to the 1980s Right to Buy policy allowing council tenants to buy their homes, only 40 percent remain in council ownership today. One council house in Reverdy Road sold at auction during the filming of the programme for over £300,000. After renovation it was estimated to go back on the market for half a million – more than the council paid for all 790 properties put together.

Though the houses look the same as when Charles Booth came to visit – he would now have to change the colour on his map to reflect a more affluent resident these days – half a million is outside the budget of most people who are ‘comfortable with good ordinary earnings’.

Southwark NewsHistoryLife on the road