Bermondsey Spa to Greenwich: London’s first railway – where trains stopped only on request 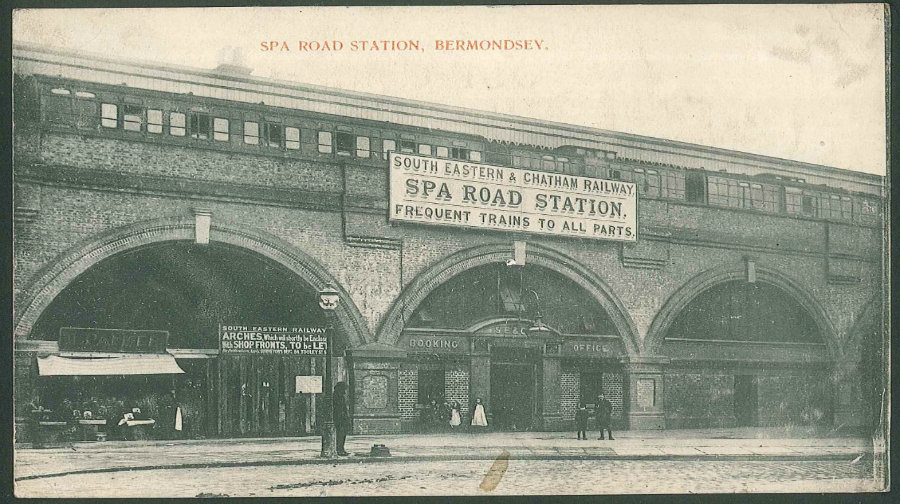 Built in 1834, the viaduct consisted of 878 brick arches and went through several changes in ownership. The station was also rebuilt just as many times, before finally closing in 1915 due to cost-saving measures in the First World War. It now stands as part of an industrial estate.

The first part of the station was completed from Spa Road to Deptford and the first train had an engine like Stephenson’s Rocket, and ran on February 8 1836. On December 14 of that year, the Lord Mayor of London rode on the first train out of London Bridge Station.

Eventually there were trains every fifteen minutes from 8am to 10pm, and fares were advertised as “Imperial carriage one shilling, open cars sixpence”. Back in the early days of trains there was no British Rail and it was up to many small companies to construct different routes.

In 1833 an Act of Parliament granted the London and Greenwich Railway company to build a four mile viaduct from the south-end of London Bridge to Greenwich.

Eager to be the first commercial rail line to open, parts of the line were opened in stages before its completion, leading to the company enjoying a stock-price high in 1835.

Spa Station was at the time within the parish of Bermondsey and still surrounded by marshes and market gardens. The station was simple for its time and was based on a narrow two-track viaduct with little room for buildings.

It was not even referred to as a “stopping place” due to its size. Accessible by wooden staircases on either side outside the viaduct, the south-side had a wooden hut to sell tickets, and when the platforms were full, passengers were expected to queue down the steps.

Disaster struck the station only a month after its opening, however, as people began to queue on the tracks as well as the wooden steps. One day, Daniel Holmes was hit by a train before he could climb back onto the platform.

The train’s engine driver, Thomas Millender, is said to have been distracted by Holmes, with the train then colliding with a waiting train already at the station. Usage of Spa Station dropped significantly after London Bridge Station opened for business, with drivers beginning to go straight through without stopping if passengers had not requested it.

This changed by March 1838 when directors of the company ordered trains to stop there hourly and to reserve half a carriage for passengers to and from the station on Sunday and holidays. Despite this commitment, the station was shut for the first time in 1838. In 1840 the owners applied for permission to widen the viaduct to improve the viability of running the station once again.

It was finally upgraded in 1843 and the platforms were extended in 1844. By then the South Eastern Railway company took over London and Greenwich Railway, and started rebuilding the station.

By March the same year, there was the demolition of the old stairway and the building a new internal one from an arch in West Street, now known as Marine Street. In 1867 the station was relocated 180 metres along the viaduct toward the east, with an entrance sitting on Priter Road.

There it stood till March 15 1915, when it was shut along with Southwark Park and Deptford Stations, as a wartime economy measure. By the mid-1980s the station was derelict and had become a dump for rubbish.

In 1986, British Rail, the Southwark Environment Trust and Southwark Council contributed £50,000 to restoring its façade and installing commemorative plaques. The land was eventually redeveloped into a light industrial site, where it is still used today.