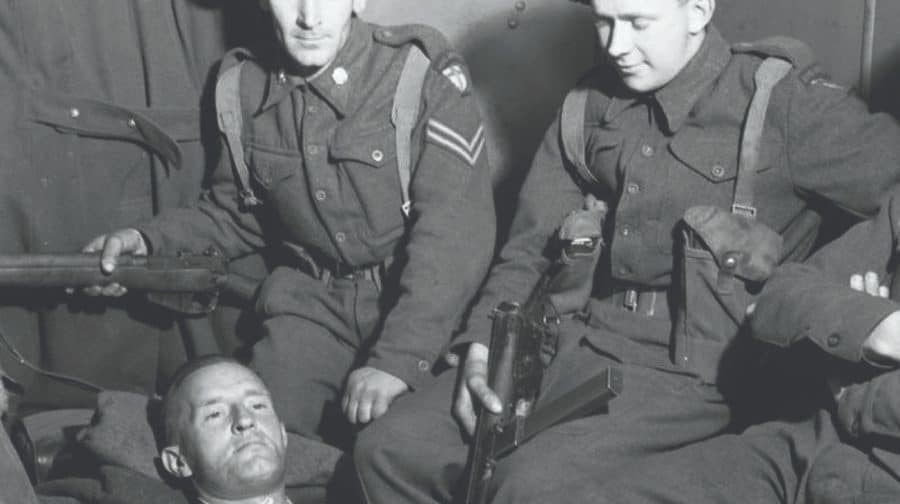 The last person to be hanged for high treason in the UK was a much-derided Nazi hate figure, executed in 1946, who lived and peddled his hateful anti-Semitic views in Dulwich Village.

William Joyce was born in 1906 in Brooklyn to Irish-American parents. The family moved to Ireland when he was young before landing in Dulwich when William was seventeen.

His father was a Roman Catholic, from Galway, while his mother was from a well-off Anglo-Irish Protestant family.

As a fifteen-year-old Joyce was recruited as a courier for the British Army’s intelligence in Galway, working for the Black and Tans, which led to an unsuccessful IRA assassination attempt.

After moving with the army to Britain and then being dismissed after it was realised he was underage, Joyce stayed in England with his family to escape any reprisals in Ireland after the establishment of the Irish Free State.

The teenager lived with his parents in Dulwich’s Allison Grove. Academic, he studied English Literature at Birkbeck, graduating with first class honours and worked as a teacher.

At various times he supported Conservative candidate election candidates, but mainly gave his allegiance to fascism, joining the British Union of Fascists, led by Oswold Mosely, in the 1930s.

Joyce rose up within the party’s ranks throughout the next decade, joining Mosley’s staff and even becoming director of propaganda and making use of his renowned public speaking skills and erudition.

But in the next few years Joyce became frustrated at the stymieing support – blaming Mosley. In 1937 he left the movement and set up a rival party; the National Socialist League, in Dulwich.

Perhaps surprisingly given Southwark’s left-wing reputation today, the National Socialist League had a stronghold in Dulwich, where Joyce peddled his anti-Semitic and anti-communist vitriol.

The group held regular meetings in Dulwich Library, and had a soap box where Joyce addressed large crowds at the corner of Carlton Avenue. St Barnabas Church’s parish council refused him the hire of its hall for the meetings.

Joyce married twice, and had two children by his first wife, Hazel.

His second, Margaret Cairns, had also been a member of Mosley’s party, and together the couple moved into a home in Dulwich’s Farquhar Road.

Their marriage was a tempestuous one (at one point they divorced and remarried) and was blighted by heavy drinking, infidelity and public rows.

They moved to Germany in August 1939, on the cusp of the outbreak of the World War II, to support the Nazis, after deciding not to flee to the Irish Free State, after believing they would be arrested for treason.

Incidentally, his family’s home on Allison Grove was among the first to be destroyed by the Luftwaffe’s bombing campaign.

In 1940 Joyce began radio broadcasts from Germany. He was nicknamed “Lord Haw-Haw”, coined by a Daily Express journalist, due to the much-imitated, natal pseudo-aristo tone in his delivery of “Germany calling, Germany calling”.

Joyce and his wife both spewed out Nazi propaganda, aiming to undermine British morale and try to win the public round.

Setting the tone for all WW2 comedy shows since, the programme was initially at least unintendedly hilarious.

Eventually it became so popular that more than nine million people tuned in, with Goebbels describing its success as “astonishing” and Haw-Haw as the “best horse in my stable”.

Having initially lived a life of luxury in Berlin, the pair had spent the final months of the Allies’ campaign destitute and starving. In 1945, the Allied forces captured Joyce and sent him for trial in England, for treason.

Joyce was hanged in 1946, but it took some detective work for prosecutors to try him for treason. The case rested on a vital fact – was Joyce actually a British subject?

Joyce did indeed have a British passport, obtained in 1934 before he took German citizenship in 1940.

But this had been gained under false pretences, as he faked his birthplace, claiming to have been born in Allison Grove – and not New York.

The prosecution was led by Sir Hartley Shawcross, another Dulwich man who was taught at Dulwich College and later became its chair of governors.

The judge took the decision that even if he was not truly entitled to British citizenship, the fact he was in possession of it at the time was enough to see him hang. The Court of Appeal, and House of Lords, both upheld the conviction.

Joyce’s wife, who was detained in Belgium, was never tried despite her nationality – she was born in Carlisle – never being in question. She survived until 1972, dying it is said in London from alcoholism.

It is now believed Joyce made some kind of deal with the British security services to save his wife, sharing information on British fascists with top ranking officials in MI5.

Joyce was executed on January 3, 1946 in Wandsworth Prison. He was 38. His body was then buried in an unmarked grave.

In 1976 then Home Secretary Roy Jenkins gave permission for his remains to be exhumed and then interred in the protestant section of Bohermore New Cemetery in Galway.