'The event of the Mayflower ship is not only a moment in world history, it is also our story. It is the story of Crossway and its links to the first Pilgrim Church here in Southwark' 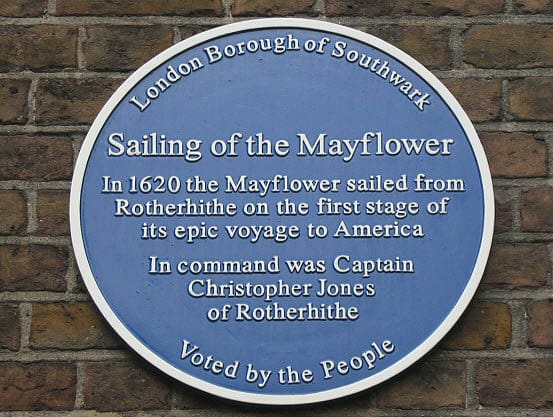 A free week-long history festival celebrating the links between Crossway, a Southwark non-conformist church and the Mayflower’s voyage to America is being held this month.

John Whelan, the artistic director of the Southwark Playhouse-based theatre group People’s Company, told the News the series of virtual and community events from September 18-25 aim to tell the lesser known story of Southwark’s role in the founding of the USA.

“When the Mayflower set sail in 1620 it is no exaggeration to say that its voyage changed the course of history and it would ultimately lead to the establishment of the United States of America,” John told the News.

“The event of the Mayflower ship is not only a moment in world history, it is also our story. It is the story of Crossway and its links to the first Pilgrim Church here in Southwark.”

Crossway United Reformed Church, United St Saviour’s charity, and the People’s Company have come together to put on the festival as part of the Mayflower 400 celebrations marking the 400th anniversary of the ship’s journey.

Events include an online exhibition of the church’s history and its role in the Mayflower’s journey, talks about the shared history between Southwark and Stamford, in the USA, and the pilgrims who sought a new life across the ocean. There is also an animated tour of the voyage. The Mayflower on its voyage to the New World (Image: stock)

A special event is also being held in partnership with Migrateful – an organisation which runs cookery classes by migrant chefs – to celebrate Southwark’s long history of migration, with people sharing their own stories of how they came to live in Southwark. Everyone who attends the ticketed event will also enjoy a thanksgiving meal to takeaway.

“Crossway is the only church in Southwark that links back to the story of the non-conformists or separatists that journeyed from Leyden in Holland on the Mayflower to New Plymouth in 1620,” John continued.

“As part of the exhibition we will highlight the story of the ‘Pilgrim Church’ which was incorporated into Crossway in 1972.

“It will highlight how the Pilgrim church was destroyed during the blitz in 1940, only to rise from the ashes in 1956 with help and support from the descendants of the Mayflower in America.

“It will also highlight a message of 10 October 1956 from the then president of America, Dwight D. Eisenhower, who said ‘please give my greetings to the members and friends of The Pilgrim Fathers’ Memorial Church in London.

‘As co-heirs of a great tradition, this congregation has a secure place in the hearts of all who cherish the spirit of religious liberty.

‘Long ago, when the Mayflower carried early pilgrims from your church to our shore, they helped to establish one of the strongest bonds which unite, the peoples of our two nations’.

“The story of Crossway and the links with the first Pilgrim Church and the voyage of the Mayflower in 1620, is an amazing part of our local history that needs telling.”

For more information and to register for events or join via Zoom visit www.peoplescompanylondon.com and www.crosswaychurch.org.uk

Congratulations to John Whelan on a great project!