George Fisher, 90, was the last surviving member of the 1945 War Cup team before he passed away last week 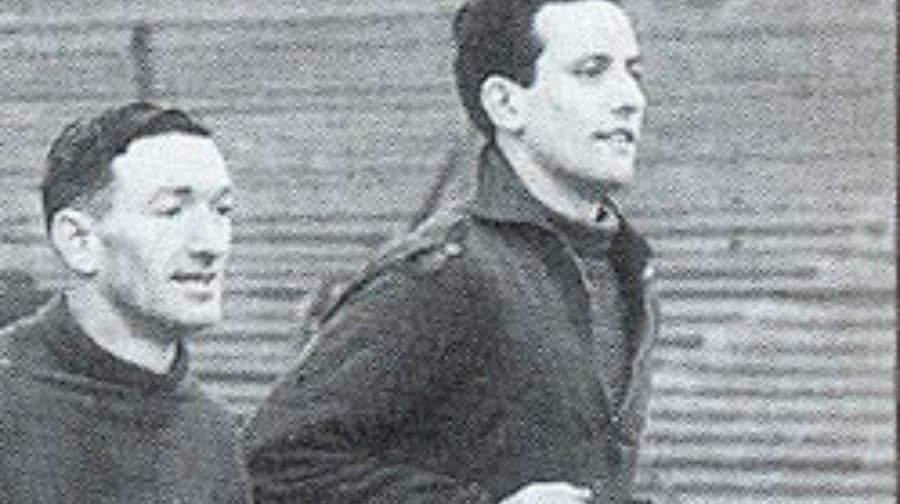 George Fisher in his heyday

A Lions legend passed away last week and with him the memories of playing in the 1945 War Cup final, tackling Stanley Matthews and playing for the RAF.

George Fisher was born just down the road from the Millwall ground in June 1925 into a docker’s family of eleven children. Back then kick off was 3.15pm to give the dock workers quarter of an hour to get to the ground after clocking off on a Saturday.

“Millwall was his first love,” George’s son Kevan told the News, so it was an exciting day when he and his twin brother Jack were both selected to play for the club in 1942. They were both signed by Bill Voisey after playing for the Air Training Corps. In an interview in 2010 George told of how he felt at the age of sweet sixteen to be playing alongside his heroes.

“It was an experience to be able to play for your club side that you’d dreamed of all those years,” he said.

Three short years later and the nineteen-year-old defender was part of the team who made it to Wembley (Millwall’s first ever game there) for the War Cup Final in 1945. “To get there was an experience you never dreamed of,” said George in 2010. “You went out there and you wanted to do well and have a good game. As long as your side won that’s all you were bothered about.”

Until his death last week at the age of 90, George was the last surviving member of that team who played, and sadly lost, against Chelsea. The attendance at that game reached 90,000 – the largest crowd Millwall have ever played for.

George being interviewed back at the Den in 2010.

Although George signed his Lions contract in 1942, he was called up to serve in the RAF for four years during World War Two. His son Kevan had imagined his brave dad flying fighter jets across enemy lines, but was just as proud when he discovered he was in fact a wireless operator. He played in more than three hundred senior games for Millwall and scored four goals, before going to Second Division Fulham in September 1955.

The father-of-three was there for a year before going to Colchester, where he played for ten years before retiring from football and taking a job with the Port of London Authority. Speaking to the News, George’s nephew, Tony Ide, said when his uncle was at the height of his career football was a much more physical game than it is today. “He used to say in the first couple of minutes if he came into contact with one of the other side he used to give them a bit of a dig or a shove just to let them know – he was that type of player,” he said. “He was just football mad. Whenever we used to see him he used to talk about the old days of football and who he played against,” he added.

One opponent who George never forgot was Stanley Matthews, possibly the greatest players of his generation. “It was an enjoyable thing because to stop him once you’d had a good game,” said George in 2010. Depsite playing for other clubs for the majority of his footballing career, George never lost his love for the Lions nor they for him. For the club’s 125th birthday celebrations, he was invited back to the den where he walked on to the pitch to a roar of applause. He was in his 80s then and son Kevan said “he loved every minute of it.”

George was “very much a family man,” according to Kevan, who was taken down to the den for his first game at four months old. A sociable man who only had an occasional drink, George never lost his love for football. Even in the last few years when he lived in a care home and suffered with dementia, he could still be seen ‘kicking and heading’ the balls as he watched a game of football on the television.

George was survived by his wife Marie and children, Kevan, Melvyn and Jaqueline. His funeral will be held on Monday September 28 at 11.00 at St Augustin’s of Canterbury Church, Beardsley Drive, Springfield, CM1 6GQ. A cremation will follow at Chelmsford Crematorium at 12.30.