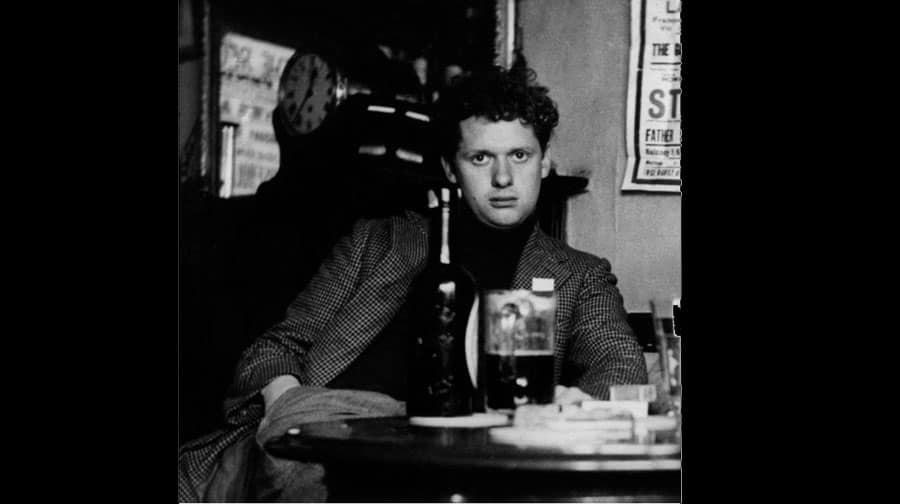 Some people attribute it to places in Newquay where Dylan spent time, such as Cheese Brook, White Grove and Milk Alder Grove – did these dairy-produce themed place names inspire one of his most famous works?

There are other camps which make slightly naughtier suggestions, with biographer Paul Ferris proposing the title refers to condoms (the African milkwood tree is a source of latex) and Professor John Goodby, an authority on the vagrant poet, suggests it refers to a mother’s breast milk.

This is the theory that Jon Tregenna, the Dylan authority and man behind the BBC audiobook The Road to Milk Wood, is sold on.

The series of connections started when Jon discovered that Dylan had used to drink regularly in the Half Moon Pub.

The London Welsh rugby side had used the nearby Herne Hill Velodrome as their home for forty years after World War 1 and used to retire to the pub afterwards, as alcohol was banned in the velodrome. Writer A.F. Churchward-Tinsley, writing in a Welsh magazine in 1959, first drew the connection between Dylan Thomas and the Half Moon.

He interviewed Mr Evan Samuel, a London Welsh Player and sculptor. In the article, Thomas is referred to as a friend of Samuel’s and as a “great conversationalist.”

“When I found out there was a street in South East London called Milkwood Road and then I found that Dylan used to drink in the pub on that street I knew that there was something to it – but I didn’t quite nail it,” said Jon, who used to manage Dylan’s favourite drinking den in Laugharne, Carmarthenshire, Brown’s Hotel.

The discovery came through Barrie Maskell, an art collector. Barrie had published a book about twelve Welsh artists, one of whom was a painter called Michael Edmonds. While Edmonds was working in Cardiff, he visited the National Museum and became impressed by the portrait of Dylan Thomas by Alfred Janes.

Later he met Janes – and discovered that Janes had been Thomas’s best friend and lived with him on Milkwood Road. Barrie instructed Edmonds to commit his findings to paper by writing him a letter – “before it was lost.”

Edmonds’ letter said: “[…] Alfred told me that for a time, he and Dylan shared a house in London. It transpired that this house was in Milkwood Road and one can summarise that its name was immortalised.”

It’s also alleged that it wasn’t too far away from Herne Hill that Thomas made the decision to go with the title of Under Milk Wood for the production.

Originally, he’d been thinking of calling his play about small town Wales Llareggub – which is bugger all backwards. Then, one night he was alleged to have been riding over Waterloo Bridge on a bus with some American agents.

They were talking about the title of the play. “He was told that Llareggub was too obscure for an American audience,” said Jon. “So, he said – ‘what about Under Milk Wood?’ And so Dylan Thomas’ eternal thread to Herne Hill was sewn.

“His influence has been massive,” said Jon, speaking of the talented yet troubled writer who died, aged 39.

“You could say that he introduced the modern idea of a soap – there’s a Coronation Street in Under Milk Wood and he introduced the idea of things being funny and serious at the same time. He also managed to bring a lot of warmth and humour into serious literary works. He made it very accessible to people who mightn’t otherwise have been exposed to literature.”

“He died of a morphine overdose in New York. It was the James Dean effect. He was pretty rock n roll.” “Until a better theory comes along, it’s Under Milk Wood SE24 for me,” said Jon.