From humble beginnings to its current home at the Den, this is the enthralling story of Millwall Football Club 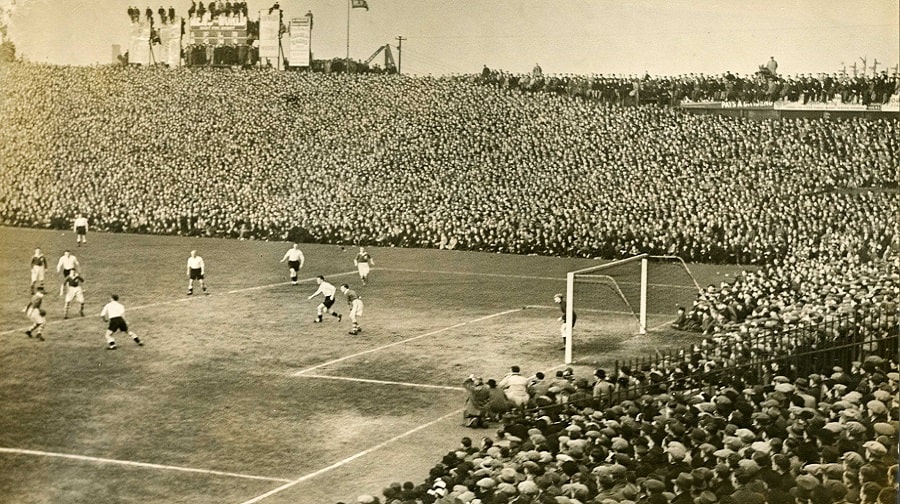 There probably aren’t many football teams that have moved around quite as much as Millwall has in its time, having come from humble beginnings on the Isle of Dogs in 1885, to ending up at its current home of the Den.

The club started life as the Millwall Rovers on ‘the Island’. It’s difficult to imagine now, but the team first trained on a piece of wasteland – although this was not uncommon, according to Millwall historian Richard Lindsay.

“The first place they trained was a piece of scrap wasteland just like a sports team would use then,” said the 68-year-old. “I think there were about four different grounds they used in the Isle of Dogs, known as ‘the Island’.

“The first ground – although we couldn’t really call it a ground – was just an area of land, but then they found an enclosed ground in East Ferry Road and they moved there for about four or five years.

“Unfortunately, they got evicted from that ground by the woman who owned the land because she sold it to someone else, so they moved further up East Ferry Road to lease land from Millwall Dock Company – only to be evicted again when the company needed it for a warehouse to store wood.

“Next they moved back to nearer where the first ground was and rented out another ground there for nine years or so before moving to south London in 1910 to the ‘Old Den’ at New Cross.

Credit Chris Bethell: Crowds at a Millwall match in 1919

The club had a strong fan base even in the beginning, which Richard puts down to the docking community.

“They had a big following of supporters because of the tight-knit dock community on the Island itself,” he said. “They quickly made a name for themselves because they did well in the local London cup competitions. This was the only team that really became something in the Isle of Dogs.

Credit: Chris Bethell. The new scoreboard for the opening of the ‘New Den’, still home to Millwall FC today

“A lot of people who moved out of the area have gone to Kent and that’s why there’s still a big following there.”

Millwall turned professional in 1893 while still on the Island, but struggled to realise their dreams of a stadium to match their status.

“The grounds were never big enough and the transport on to the Island was always disrupted by the bridges letting the boats through so they never fulfilled their dreams of having a stadium of about 20,000 until they moved to New Cross,” said Richard.

“The stadium there [Cold Blow Lane] started off at between about 30,000 and 32,000 but it didn’t have any concrete steps – it was just banks of grass. Eventually they concreted the steps and the gates then increased because there were more people and it became about 40,000 very quickly.

“There’s a foot tunnel at Greenwich so the fans would use that to get to matches and in the early days there were people coming from southeast London across the river by boat to see them play at East Ferry Road.”

Millwall finally moved to its current home, the Den, in 1993.

With thanks to Chris Bethell for the images.

‘Leave the lions alone’: Businesses and residents in Bermondsey back Millwall ahead of CPO decision