From its earliest days of civilisation, Southwark has been a melting pot of culture 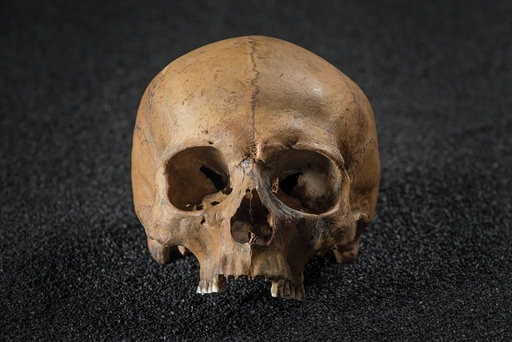 ‘Roman Dead’, the latest major exhibition at the Museum of London Docklands explores the rich history of our capital, investigating the rituals and traditions of Roman London, writes Clara Gaspar…

A year ago, a Sarcophagus was discovered near Harper Road in Southwark. The 1,600-year-old coffin was a fascinating discovery for archaeologists.

The sarcophagus was fashioned from stone which would have been mined in Lincolnshire. The enormous expense involved in transporting it to London suggests that the tomb would have housed a very wealthy citizen. Although Roman Londinium developed predominantly north of the river, the more southern developments had their own unique character.

Southwark was a particularly interesting area during the Roman occupation. As Meriel Jeater, curator at the Museum of London, explained to the News, it was not part of the walled city of London. In fact, Southwark at this time was geographically different from the area we now know. It was formed of a series of gravelly islands, upon damp marshland. This has been confirmed by the discovery of ancient revetment along the southern banks of the Thames, as well as remains of ships underneath the site of Guy’s Hospital.

The presence of dead bodies in early Roman times was believed to be unclean according to traditional thought, so the cemeteries of Londinium lay outside the parameters of the early city. But as the city expanded, it built over and incorporated areas that had previously been used as burial grounds, including Southwark, which lay to the south of the city.

Roman burials featured a mixture of inhumations (the burial of a full body) and cremations. Incredibly preserves evidence from both forms of burial are on show at the Museum’s exhibition, including skeletal remains, jewellery, ceramics and more. An excavation on Harper Road in 1979 revealed a female skeleton, thought to have had brown hair and brown eyes. Known as the ‘Harper Road woman’, analysis of her DNA suggests that her mother was Northern European, although analysis of her dental enamel along with a carved pocket knife with which she was buried, suggest to historians that she had grown up in North Africa.

Meanwhile, a male skeleton found on Mansell Street appears to have a North African ancestral line, but chemical analysis of his teeth suggests that this man grew up in London!

Similarly, a skeleton discovered on Southwark’s Lant Street is of black African ancestry, having arrived in London from the Southern Mediterranean. The more evidence archaeologists discover, the more it seems that from its earliest days of civilisation, Southwark has been a melting pot of culture.

It is often believed that those living on the northern banks of the river were in general more prosperous and politically powerful; merchants and elite citizens form Gaul, Germany and Spain, while Roman Southwark was thought to have been host to the less affluent and non-citizens.

However, Meriel explained that Roman Southwark housed a mixture of rich and poor buildings, suggesting that the area may have been diverse in wealth as well as race.

Evidence of a high status building, a temple complex, is believed to have stood on the site of the medieval Winchester Palace. Some historians believe that this would have been the home of a Roman governor.

Much like today, Southwark was also home to houses, shops and religious buildings. Excavation around Southwark Cathedral has revealed tessellated pavements were found in the Cathedral’s church yard, suggesting that it stands on the site of a Roman villa.

Thanks to the work of the Museum, we can begin to get a clearer picture of Roman London. Every Wednesday to Saturday in August the Museum of London Docklands are holding an interactive summer show for families that explores how the Romans treated their dead in ‘Styx, stones and Roman bones’.