Sir James is one of our seven 2017 Blue Plaques nominees. Scroll down to find out how to vote 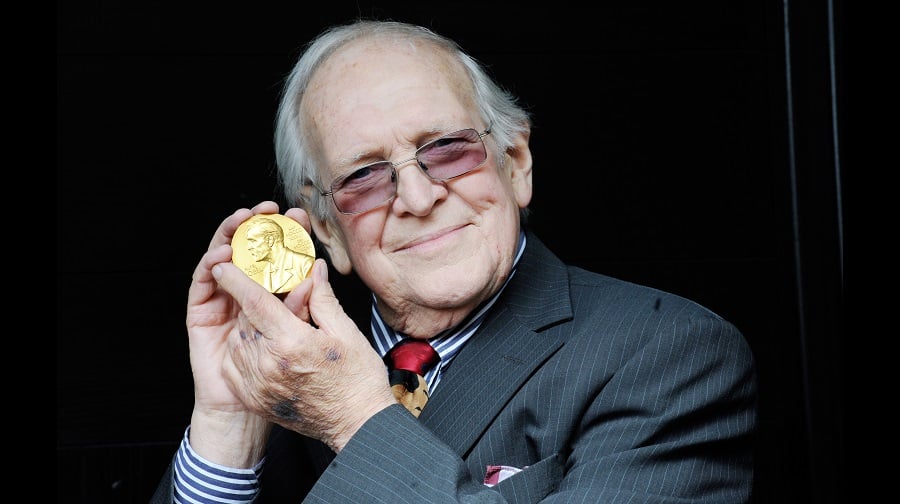 Of all the heroes, heroines and famous faces Southwark has produced, none can claim to have made such a tangible difference to people’s lives across the world, as Sir James Black OM.

The Scottish-born scientist and former Herne Hill dweller won the Nobel Prize for Physiology in 1988, for his sole contribution to the creation of two major drug types: beta blockers and anti-ulcer histamines.

From 1958, whilst working for the ICI Pharmaceuticals company, Black helped develop Propranolol, used to treat heart disease. Propranolol belonged to the category of drugs known as beta blocks, which help slow a patient’s heart rate by reducing overproduction of the adrenaline hormone.

His discovery of the drug is considered one of the greatest breakthroughs in heart disease treatment, and is counted amongst the most important contributions to medical science and pharmacology of the 20th century.

After his death in 2010, the Economist summed up the achievement saying: “Anyone who has tasted the stress of modern life—who has got up, bolted a coffee, run for the train, missed the connection, come late for the meeting, raced through the presentation, lunched on a lager and a greasy burger—has reason to be grateful to Sir James Black. For Sir James invented the little white or pink capsule of the beta-blocker Propranolol.”

His work saved tens of thousands of lives. In 1978, 255 in every 100,000 British men aged 35-74 died of coronary heart disease; by 2007, that figure had fallen to 65. By the time Sir James died, Propranolol was also being used to treat post-traumatic-stress disorder.

Sir James’ second great contribution was his invention of the anti-ulcer histamine, Cimetidine. It prevented the growth of peptic ulcers by reducing the production of stomach acid. Cimetidine quickly outsold propranolol to become the world’s highest-selling prescription drug.

Before taking up residence in Half Moon Lane, he had spent seven years at King’s College Hospital’s campus with the Wellcome Foundation – from 1977 to 1984.

In an autobiographical piece for the Nobel Foundation’s series of publications, Les Prix Nobel, Sir James said of his time with Wellcome: “It offered me the chance to establish a small academic research unit, modestly funded, but with total independence.

“The real opportunity, however, came from King’s College, London. The College and Medical School between them have not only solved problems and smoothed difficulties they have positively welcomed and supported my small unit. In intellectual terms the last five years at King’s have been the most productive in my life. Surrounded by talented researchers and PhD students, I feel I have found my niche at last.”

It was in this much-enjoyed time at King’s that national recognition, from beyond just the medical world, came to him with a much-deserved knighthood, in 1981.

Then in 1988 his achievements earned global notoriety as he was bestowed the Nobel Prize in Medicine. Celebration of his achievements continued to snowball, and in 2000 Sir James was made a member of the prestigious Order of Merit.

His occupancy of Herne Hill began in ’88, when his newly-established Sir James Black Foundation made its first home in 68 Half Moon Lane. The building was renamed The Sir James Black Institute and expanded over to no. 62, 64 and 66.

The history of the site is recorded in a 2013 periodical by the Herne Hill Society, which stated that the building was bought by King’s College Hospital in 1950 for its Department of Botany. “Using many innovative techniques and original approaches to research, scientists worked to find new candidates for drugs that could be used to treat disease.”

With Sir James’ death in 2010, the foundation was also dissolved, and the building was sadly left vacant.

But only three years later, new life was breathed into Sir James’ old base with the arrival of a new bilingual primary school – Judith Kerr Primary School.

Traces of his legacy can also be found in sites around Camberwell. Sir James Black House in Coldharbour Lane is key-worker accommodation for King’s College Hospital’s staff. King’s College University also owns the James Black Centre in Denmark Hill, where it carries out research in cardiovascular medicine.

Sir James Black is one of seven nominees for this year’s edition of the Southwark Blue Plaques scheme, run by the News in association with Southwark Heritage Association, Southwark Council.

The scheme has commemorated the great and good of our borough by awarding Blue Plaques to over 50 recipients since it began in 2013.

To cast your vote before the September 15 deadline, email owen@southwarknews.co.uk.

The News would like to thank Amanda Johnson, chair of the Friends of Judith Kerr Primary School, for her nomination of Sir James.